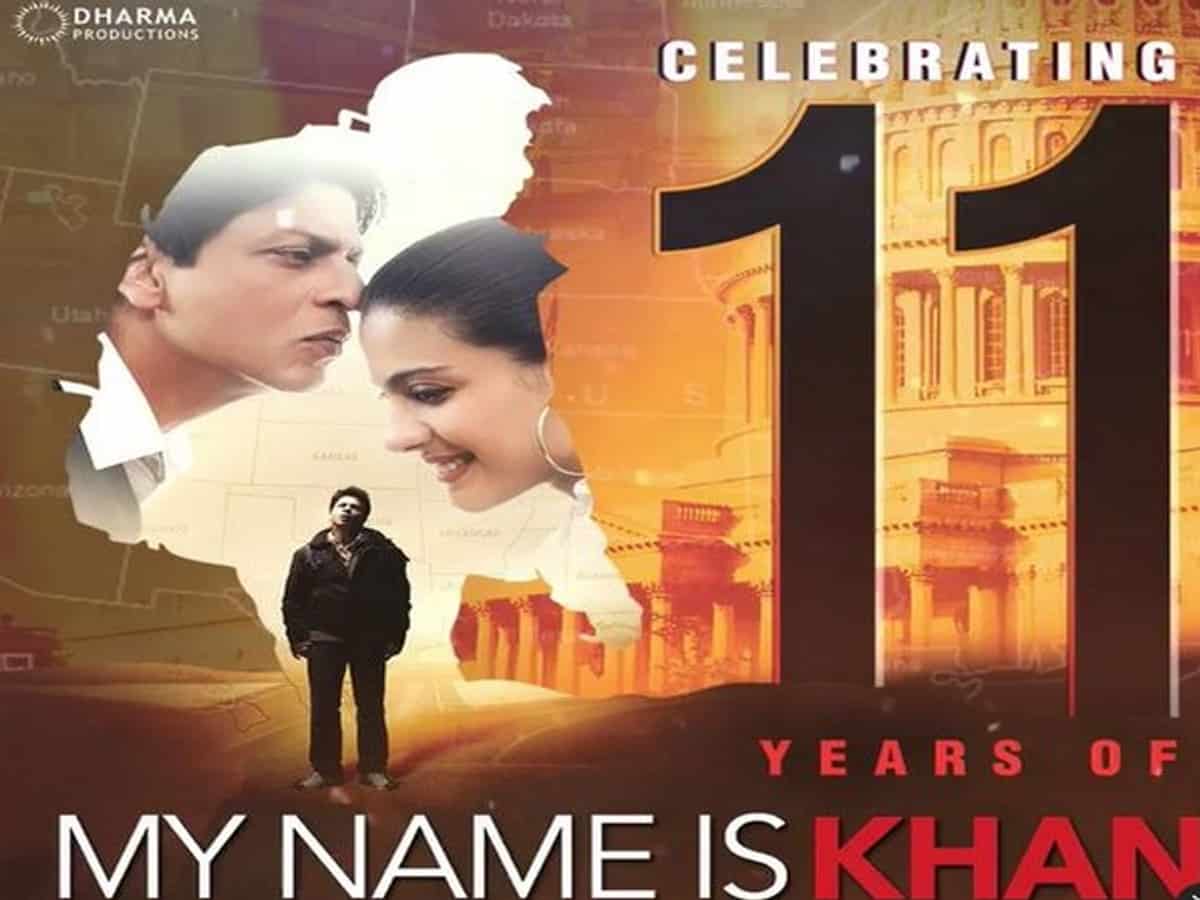 Mumbai: Celebrating eleven years of his blockbuster movie ‘My Name Is Khan’, ace filmmaker Karan Johar on Friday walked down the memory lane by sharing a clip featuring different scenes from the film.

Karan took to Instagram to share the clip which features scenes from the hit film starring actors Shah Rukh Khan and Kajol. ‘Noor E Khuda’, a beautiful song from the movie can be heard playing in the background of the clip.

KJo began his post by writing, “All we have is our stories and this one will be cherished forever.”

He also thanked the whole team of the film, writing, “Thank you bhai for being the soul of this film. Kajol for being an unbreakable rock to Rizwan and us. To Shibani for writing a story that is still relevant in today’s world… And to the entire team that embarked on this challenging journey together. I will always be grateful to each and every one of you.”

After the post was shared on the photo-sharing platform, SRK fans and those who adored the movie chimed into the comments section and left lovestruck messages with a string of emoticons.

SRK and Kajol had reunited for ‘My Name is Khan’ after a span of 9 years and the film created magic.

The film revolves around the life of SRK’s character Rizwan Khan and showed his journey of meeting the president of America. The movie not only became one of the biggest hits of 2010 but was also appreciated by both the critics and the audience.

In the film, Shah Rukh portrayed the role of a Muslim man named Rizwan who suffers from Asperger’s syndrome. Kajol played the character of Mandira, a single mother who gets married to Rizwan. The couple’s life turned upside down when Mandira’s son got killed after being bullied for having a Muslim father post the September 11 attacks in New York City.

Meanwhile, on the work front, KJo is set to bring several exciting projects.

The filmmaker will be backing some upcoming big-ticket projects such as Akshay Kumar-starrer ‘Sooryavanshi’ and Alia Bhatt and Ranbir Kapoor’s much-awaited film ‘Brahmastra’.

Other movies such as ‘Shershaah’, ‘Dostana 2’, ‘Jug Jugg Jeeyo’ and Shakun Batra’s next, will also be released under Karan’s Dharma Productions. He also has ‘Takht’ and ‘Liger’ in the pipeline.