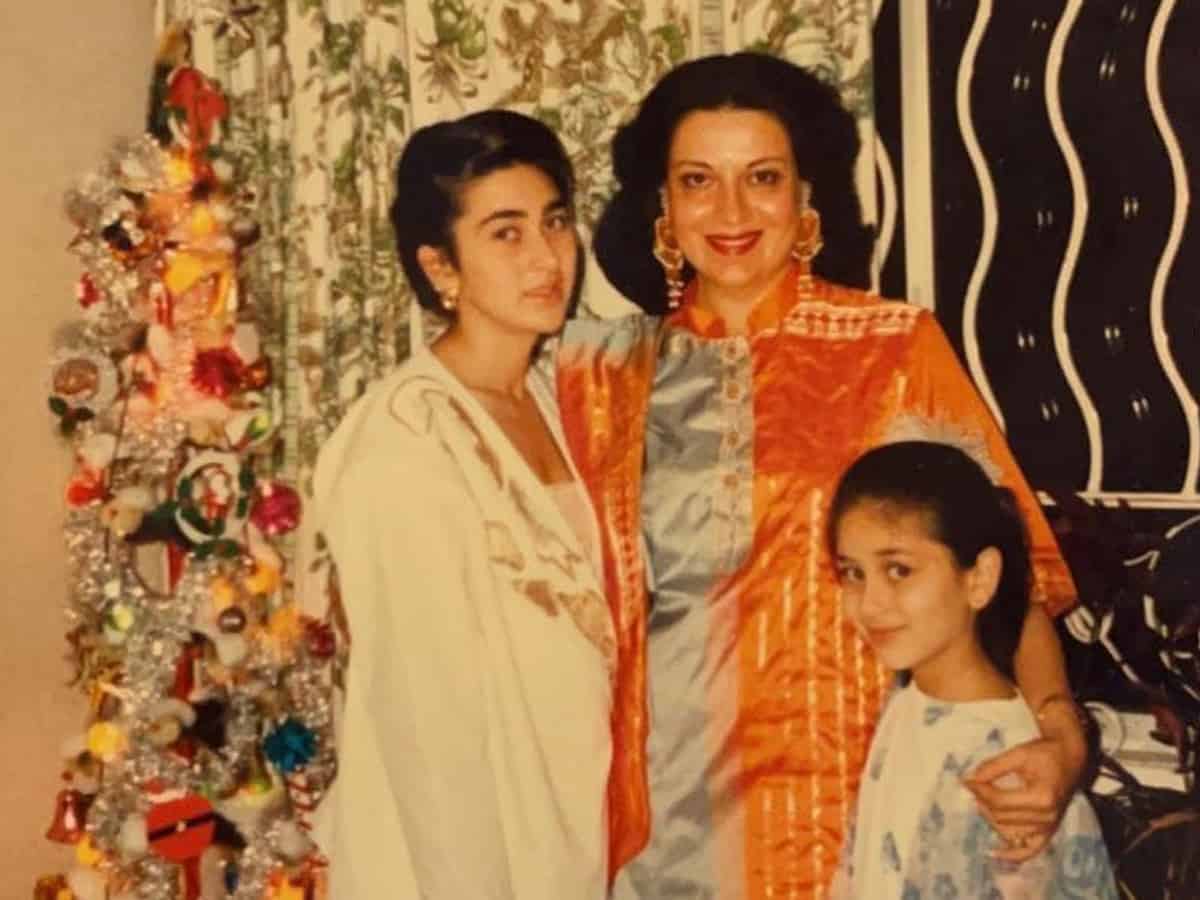 New Delhi: Seems like it is throwback Saturday for Kareena Kapoor Khan as the diva took a trip down memory lane and treated fans with an unseen childhood picture of herself with sister Karisma Kapoor and their mother Babita.

Taking to her Instagram handle, Kareena dug out a priceless picture from her 80s family album in which she can be seen posing beside a Christmas tree with her mother and sister Karisma.

In the snap, Babita looks beautiful as she wears a grey and orange coloured silk suit paired with matching jewellery. She is captured standing in between Karisma and Kareena. Karisma is seen donning a white suit with golden thread work and a very young Kareena is seen decked up in a white and blue dress and her hair is tied in a ponytail.

Kareena captioned the post as “Is it Christmas already? #mammas girls #these outfits are awesome #the80s @therealkarismakapoor.”

Kareena recently launched her book, titled ‘Kareena Kapoor Khan’s Pregnancy Bible’. During the announcement, Kareena shared that she has written all her experiences and learnings related to pregnancy in the manual for moms-to-be.

Meanwhile, on her film front, Kareena, whose last movie was ‘Angrezi Medium’, will next be seen in ‘Laal Singh Chadha’, co-starring opposite Aamir Khan. Helmed by Advait Chandan, the

Bollywood flick is a remake of the Hollywood classic ‘Forrest Gump’. Apart from ‘Laal Singh Chaddha’, Kareena is also a part of ace filmmaker Karan Johar’s period epic ‘Takht’.On the other hand, Saif, who last appeared in the Amazon streaming series ‘Tandav’ has ‘Bunty Aur Babli 2’, ‘Bhoot Police’ and ‘Adipurush’ in the pipeline.