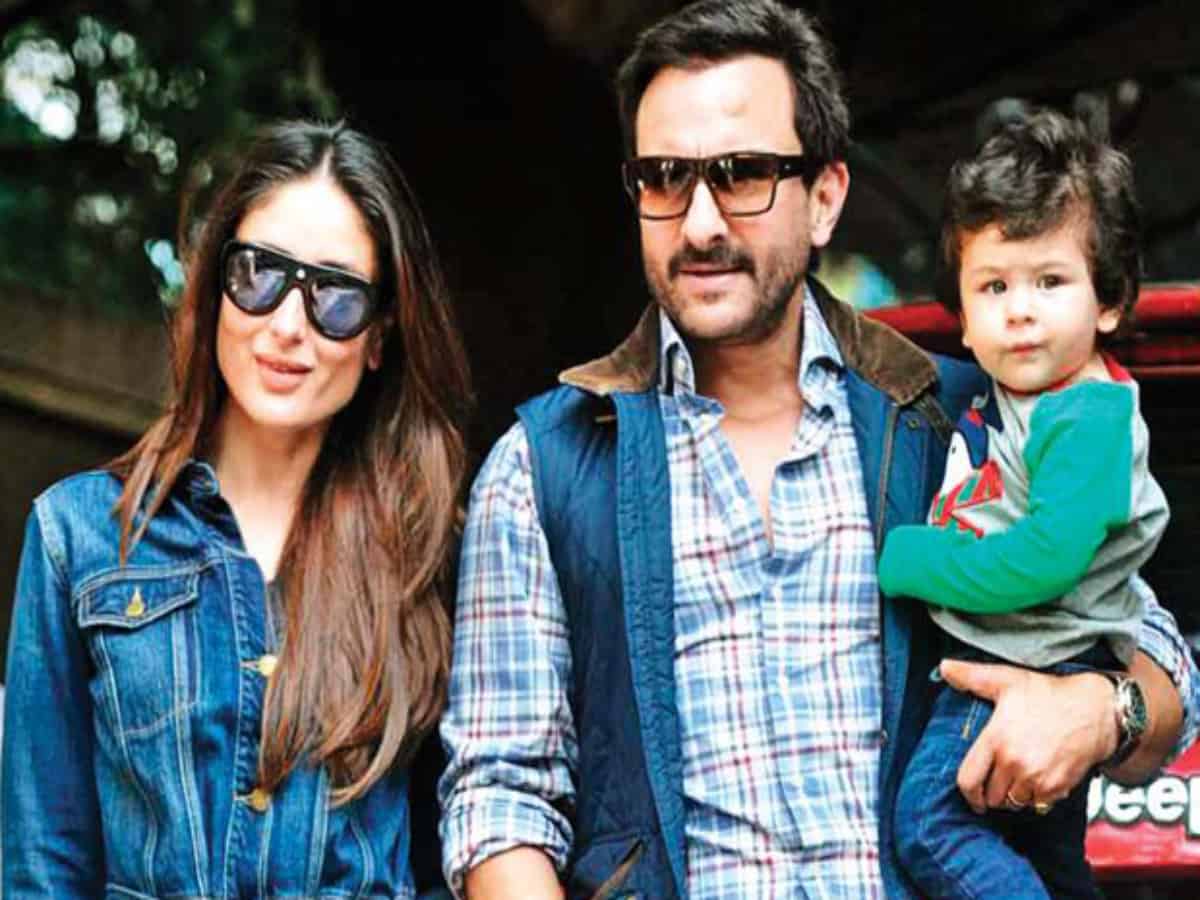 Mumbai: The Pataudi couple Kareena Kapoor Khan and Saif Ali Khan welcomed their second child in February 2021. But the couple have preferred keeping their newborn away from paparazzi and are yet to reveal his face to the public. However, the newborn baby’s first pictures have recently gone viral on social media courtesy grandfather and veteran actor Randhir Kapoor.

Taking to Instagram, Randhir Kapoor ‘accidentally’ posted a photo collage of his new grandchild on Instagram and deleted it later. The little munchkin was dressed in a light coloured t-shirt and had light brown hair, dark coloured eyes and looked cute as button. Not just this, Kareena’s adorable little Pataudi prince also resembles his elder brother Taimur Ali Khan to a great extent.

The ‘now deleted’ picture has taken internet by storm and fans started sharing across the social media platforms.

After the baby had completed a month since his birthday on March 21, Saif’s sister Saba Ali Khan had shared another picture of the little one. Here, too, the face was not revealed.

Kareena Kapoor Khan and Saif Ali Khan welcomed their second baby boy on February 21 at Mumbai’s Breach Candy Hospital. This is Kareena’s second child after elder son Taimur Ali Khan, who was born on December 20, 2016. Saif and Kareena tied the knot on October 16, 2012.