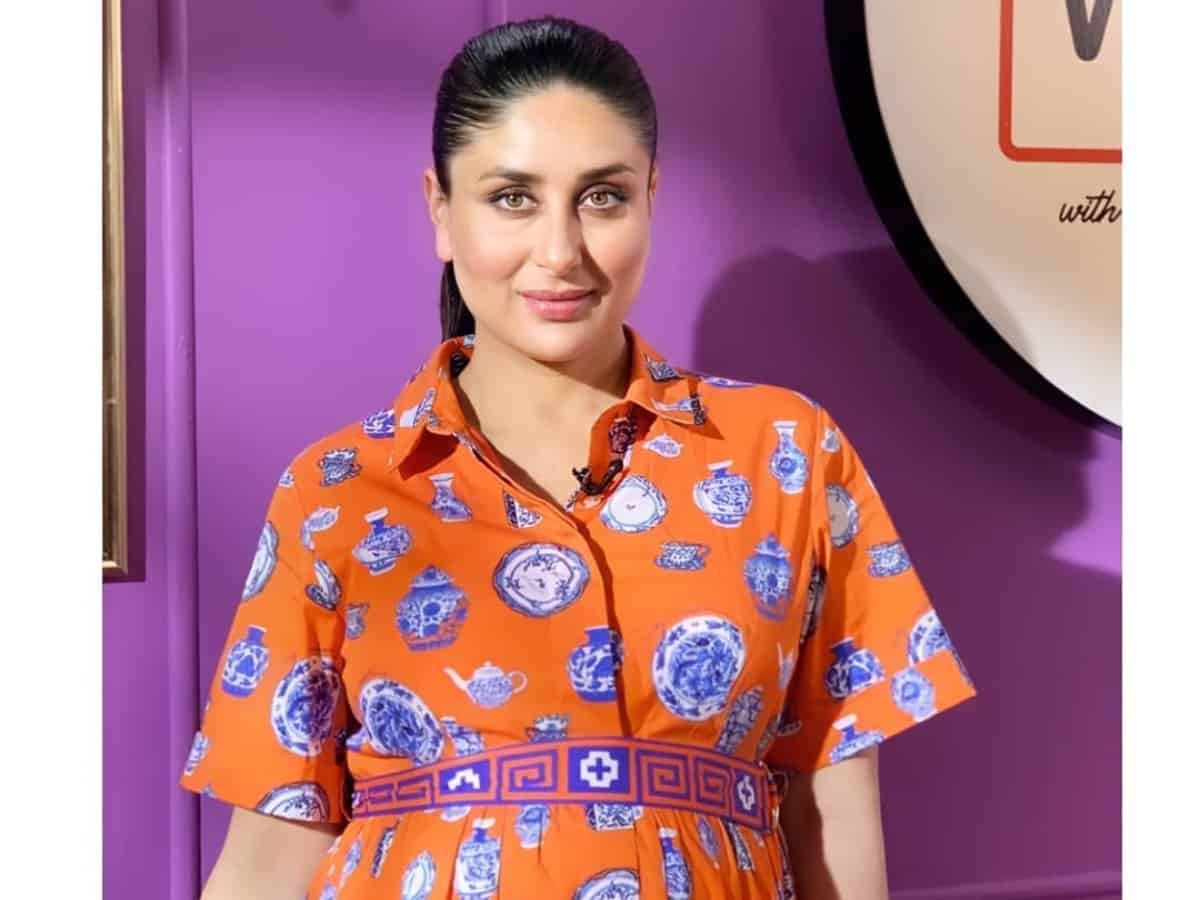 Mumbai: Kick starting the weekend on a happy note, Bollywood actress Kareena Kapoor Khan on Friday posted a adorable picture featuring husband Saif Ali Khan and elder son Taimur Ali Khan looking at her newborn son. However, the actress did not reveal infant’s face as she covered it with a babyface emoji.

“This is what my weekend looks like… how about you guys?” Kareena wrote as caption with the Instagram image.

In the million-dollar photograph, Saif Ali Khan and Taimur can be seen twinning in black and looking at the baby boy as the little bundle of joy, dressed in a blue romper, tries to touch his father’s hand.

Kareena often keeps sharing glimpses of her new born. Earlier on Women’s day, the actress posted a cute picture that shows her holding her little munchkin in her arms while posing for the camera. Kareena Kapoor captioned that photo: “There’s nothing women can’t do. Happy Women’s Day, my loves. #InternationalWomensDay”. Few days after that, Kareena Kapoor shared a picture of herself “staring” at her baby boy. “Can’t stop staring… at him,” she wrote.

Kareena and Saif were blessed with the baby boy on February 21 this year, and have so far avoided sharing anything about the newborn in public, including his name or photo. The couple had welcomed their first child, son Taimur, in December 2016.