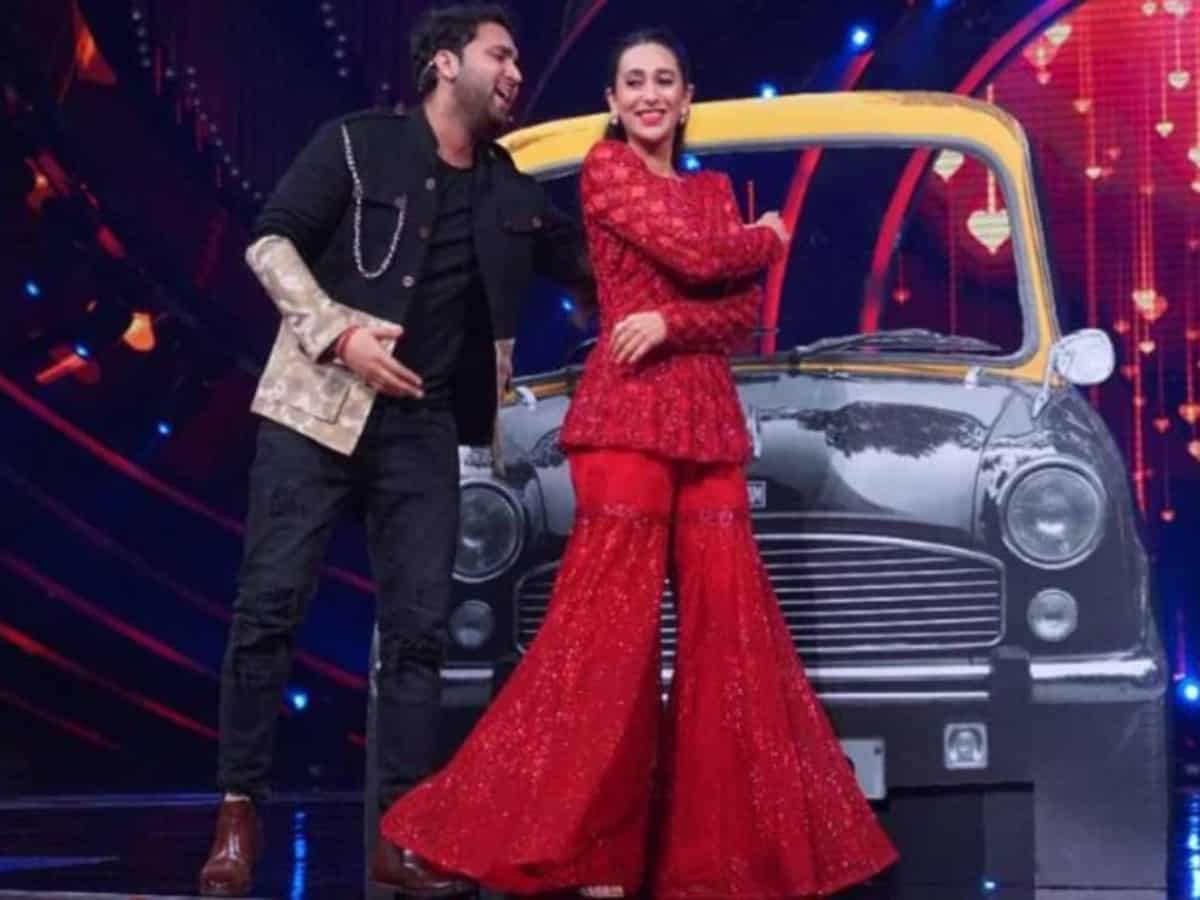 Mumbai: The singing reality show Indian Idol 12 will welcome the 90’s diva Karisma Kapoor in the upcoming episode this weekend. Audience will get to see the actress having an amazing time on the singing reality show, dancing to popular numbers from films. Participants will croon some of her best iconic songs. Karisma will also share anecdotes from her time in the industry.

Karisma will also be seen fulfilling contestant Mohd Danish’s dream by recreating Aaye Ho Meri Zindagi Mein, from the film Raja Hindustani, with him. Pictures from the sets are going viral on social media.

The singer will be seen singing Yaara O Yaara Milna Hamara and Phoolon Sa Chehra Tera from Karisma’s films. After delivering effortless performance, Danish expresses his wish to recreate some of the popular moments from her film Raja Hindustani. The actress readily agreed and joined him on the stage. Karisma performed the song Aaye Ho Meri Zindagi Mein with Danish on Indian Idol 12 sets.

Karisma Kapoor will be seen praising Danish for his amazing singing skills. She says, “You are a very talented singer, Danish. Your singing is so powerful that it took me back to those days.”

Hearing such wonderful compliments and getting his dream fulfilled, Mohd Danish shares, “I literally felt like I was living a dream! I felt so alive while sharing the stage with Karisma Ma’am. She’s such a great actor and dancer yet so humble and kind to all of us. I am so grateful to Indian Idol for this opportunity.”