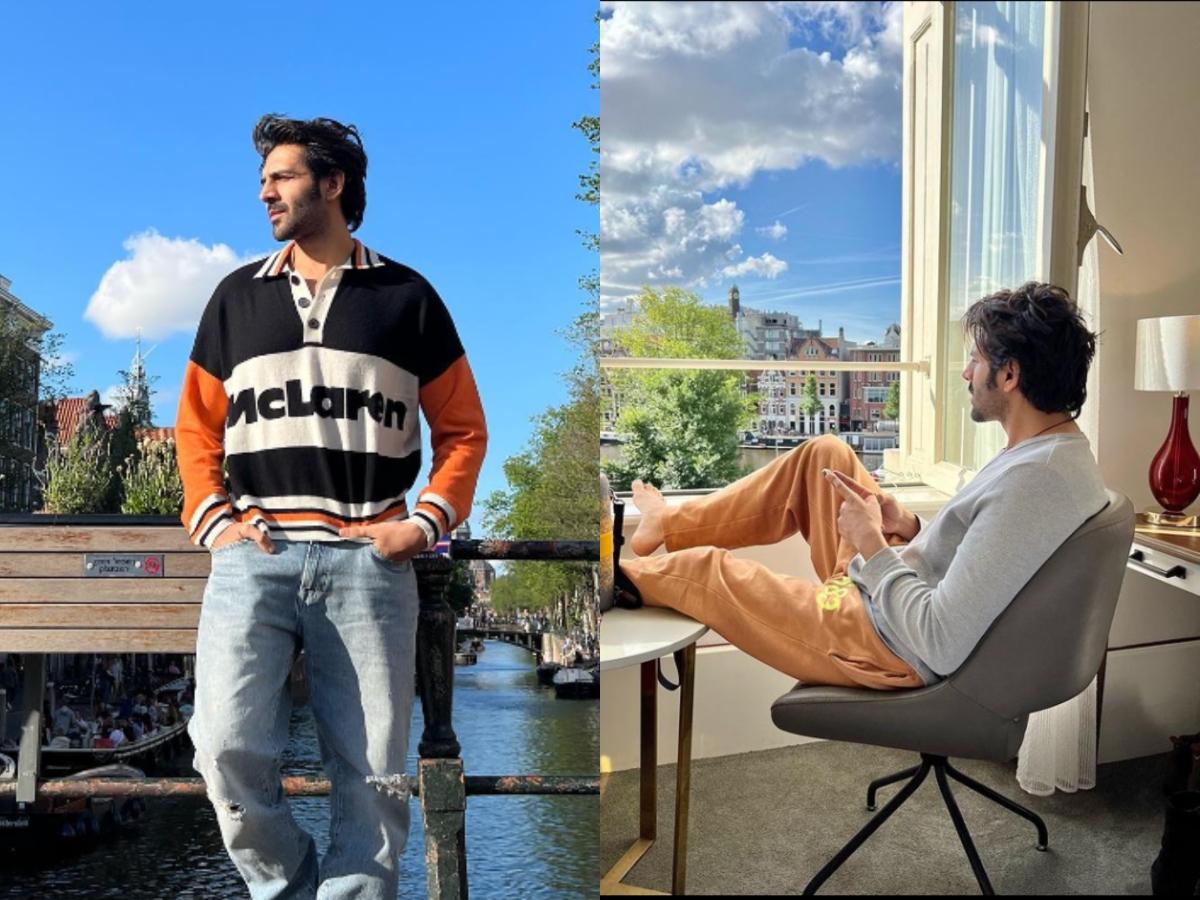 Mumbai: Actor Kartik Aaryan’s European vacation has come to an end. During the wee hours of Monday, Kartik was spotted at the Mumbai airport.

Several pictures have surfaced online in which he is seen arriving at the airport in style. He looks uber stylish in a black t-shirt that he paired with black jeans and a yellow trench coat.

He also greeted shutterbugs with a namaste hand gesture.

A few hours ago, Kartik Aaryan took to Instagram and shared a few interesting pictures from vacation.

In the first image, Kartik is seen taking a selfie in what seems like a club.

In another, Kartik Aaryan’s reflection is visible in his friend’s glasses as he waves to the camera.

Kartik captioned the post as: “I’ve realised I’m busiest on my vacations.”

Several images from the Amsterdam airport also circulated on the internet in which Kartik is seen happily posing with his fans.

Since the film’s release on May 20 this year, it has achieved the biggest opening weekend of the year and grossed more than Rs 230 crores worldwide, competing with other big films which have been released like ‘Jug Jug Jeeyo’ and ‘Samrat Prithviraj’.

With ‘Bhool Bhulaiyaa 2’, Kartik has definitely made wonders which have paved the way for him to be cemented as a bankable superstar of the A-league.

The sequel of the original ‘Bhool Bhulaiyya’ starring Akshay Kumar revolved around the story of a cursed ghost who wanders into an old mansion. However, hell breaks loose when the spirit, trapped for 18 years in an abandoned room, is set free.

The horror-comedy has an unpredictable twist in the end, much to the surprise of the fans. ‘Bhool Bhulaiyaa 2 ‘ also stars Kiara Advani, Tabu, and Rajpal Yadav to name a few.