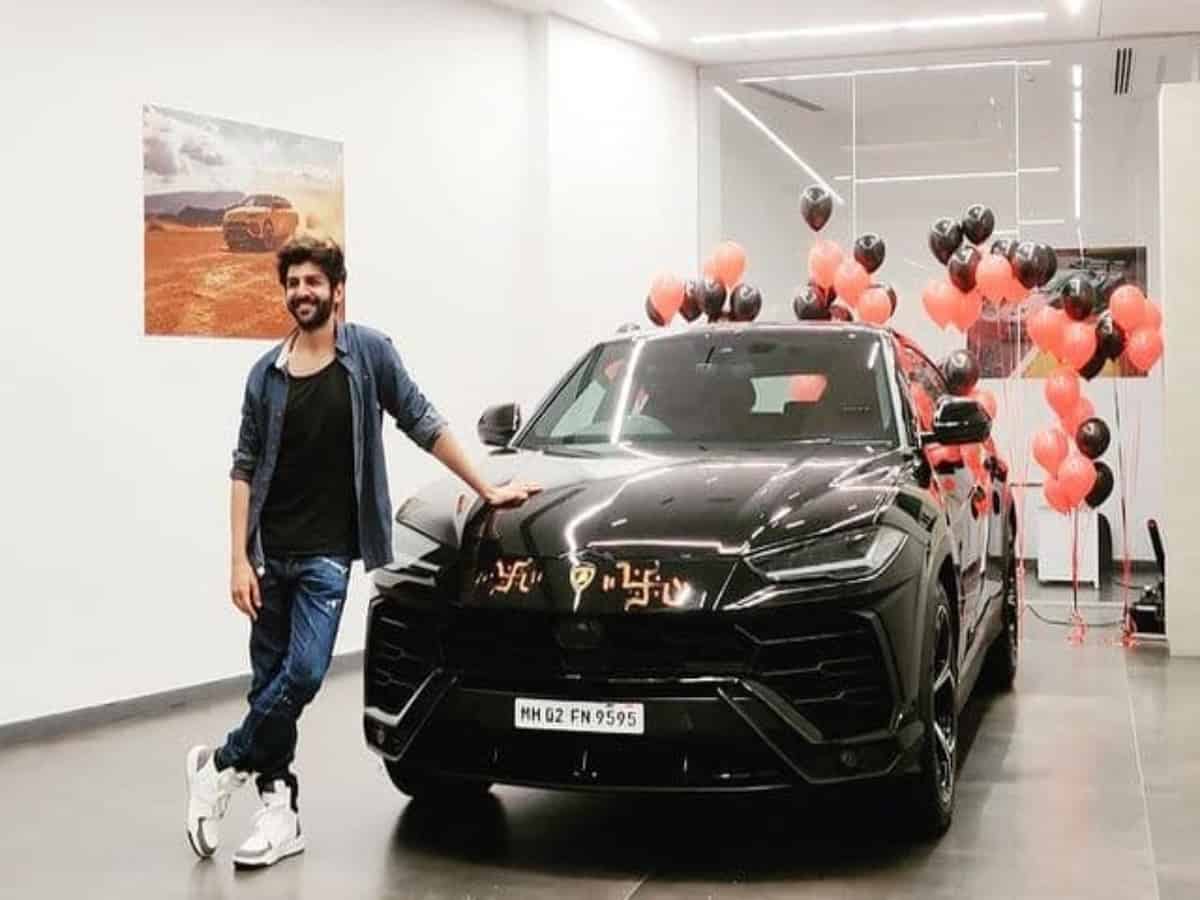 Mumbai: Actor Kartik Aaryan is one of the most successful new stars in Bollywood. Kartik, who made his acting debut in 2011 with Pyaar Ka Punchnama, hit the limelight with the success of his film Sonu Ke Titu Ki Sweety in 2018. He has undoubtedly cemented his place as one of Bollywood’s leading actors within no time.

Kartik Aaryan, who was tested positive for coronavirus, ended his fourteen-day long quarantine period, yesterday in the most luxe manner as he bought home new Lamborghini Urus SUV.

Taking to Instagram, Kartik shared a post announcing that he had collected the keys of his brand new SUV. In the video, Kartik is seen posing beside his luxury car but as soon as the celebratory confetti goes off, he is startled and loses balance. In the caption, he wrote, “Kharid li…. Par main shayad mehengi cheezon ke liye bana hi nahi hoon.”

Reportedly, this swanky four-wheeled monster had to be airlifted from Italy as Kartik couldn’t wait for the normal three months waiting period. Sources reveal that Kartik paid an extra half a crore just to get the car delivered to him faster.

As per various reports, the cost of Kartik Aaryan Lamborghini Urus which is made by the Italian automakers cost him a whopping Rs 4.5 crores. It was first launched in India in 2018, and has found many takes in Bollywood. In the video that has been shared on Instagram one could see the unique number plate on his car.

The luxurious Lamborghini Urus is known for its classy interiors, sexy silhouette, and a jaw-dropping top speed of 305 kmph, all priced approximately at Rs 4 crores.

What’s more is in his garage?

Apart from Lamborghini Urus, the other two luxury cars parked inside Kartik Aaryan’s garage are a BMW 5 Series luxury sedan and a sleek Mini Cooper that he presented to his mother, on her birthday. He reportedly also owns a Royal Enfield bike, and has often been papped driving it around Mumbai’s suburban areas.