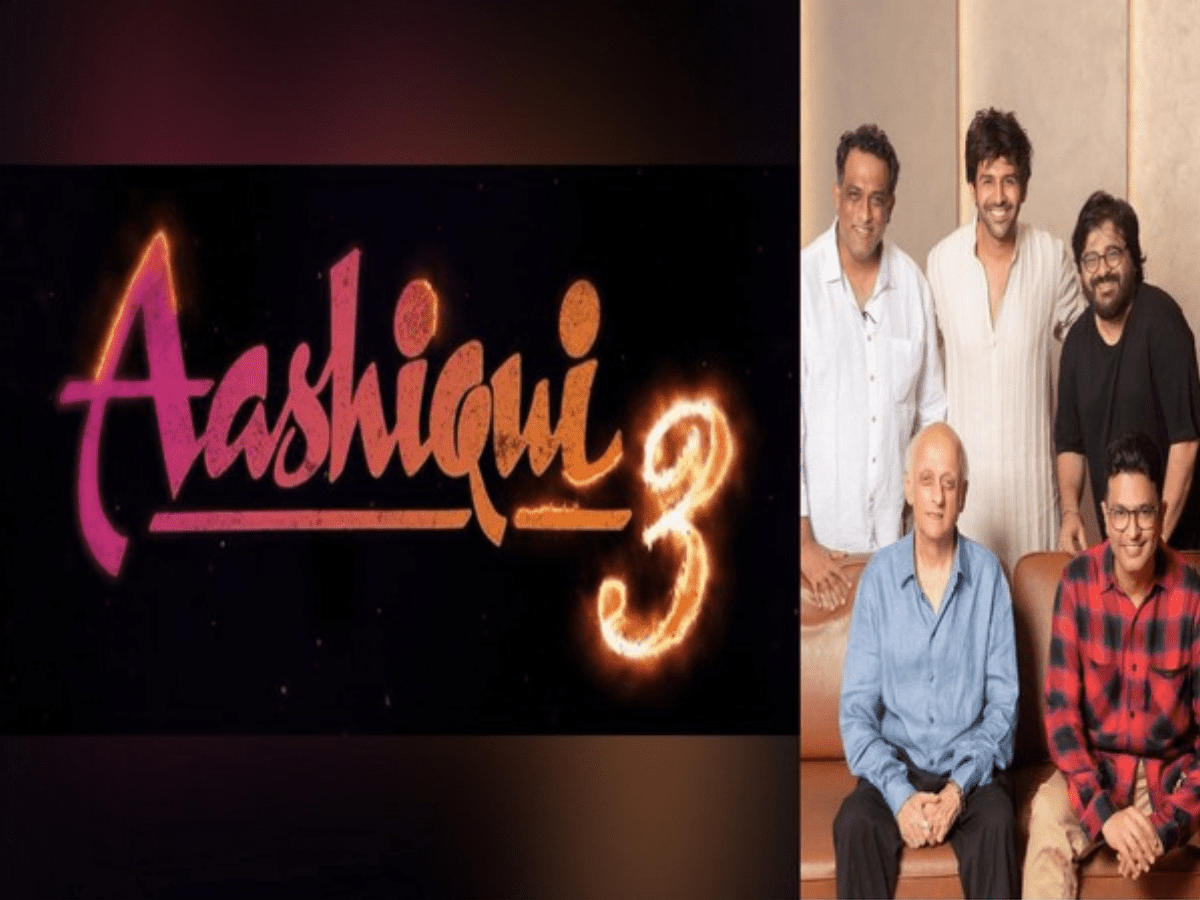 Taking to Instagram, Kartik shared the motion poster, which he captioned, “Ab Tere Bin Ji Lenge Hum Zeher Zindagi Ka Pi Lenge Hum #Aashiqui3 This one is going to be Heart-wrenching !! My First with Basu Da.”

In the motion poster, the recreated version of the superhit track ‘Ab Tere Bin Ji Lenge Hum’ from the original film ‘Aashiqui’ can be heard in Arijit Singh’s voice.

The original film, which was helmed by Mahesh Bhatt, was released in 1990 by T-Series and Vishesh Films.

Rahul Roy and Anu Aggarwal became overnight sensations with their roles in the film. The franchise was revived in 2013 with ‘Aashiqui 2’, directed by Mohit Suri and starring Shraddha Kapoor and Aditya Roy Kapur, which was also a box office success.

The third instalment of the film will be directed by the ‘Ludo’, ‘Barfi’, and ‘Jagga Jasoos’ maker Anurag Basu.

‘Aashiqui 3’ marks the first ever on-screen collaboration of Anurag and Kartik.

Meanwhile, the leading lady opposite the ‘Dhamaka’ actor is still not announced.

The second part of the musical love story was a spiritual successor rather than a direct sequel and the third part will continue in that vein. Pritam, who has a long and successful working relationship with Basu, having composed the hit scores of several of his films, will provide the songs.

On Monday, Kartik announced the film with a special post on his social media and wrote, “Team ‘A’ #AnuragBasu #Pritam#BhushanKumar #MukeshBhatt.”

Meanwhile, the ‘Luka Chuppi’ actor is currently working on his next romantic musical film ‘Satyaprem Ki Katha’ alongside Kiara Advani, which is all set to release on June 29, 2023.

Apart from that he will be seen in ‘Shehzada’ opposite Kriti Sanon. The film is helmed by David Dhawan’s son Rohit Dhawan and is slated to release on February 10, 2023, and with actor Alaya F in ‘Freddy’.

Produced by Ekta Kapoor, the film is touted to be a romantic thriller. He also has Hansal Mehta’s ‘Captain India’ in his kitty. Bankrolled by Ronnie Screwvala and Harman Baweja, the film revolves around India’s most successful rescue operations from a war-torn country.