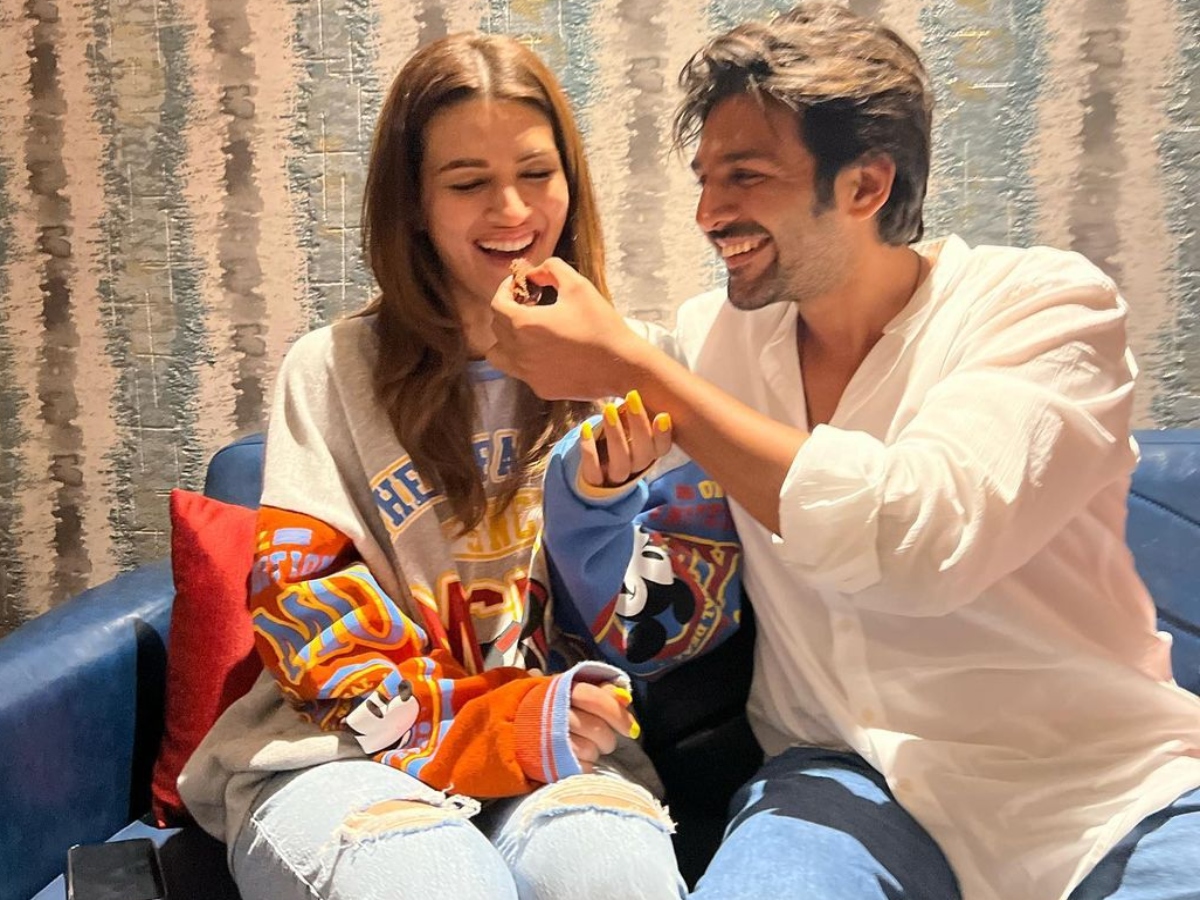 Mumbai: Kartik Aaryan and Kriti Sanon’s bond is one of a kind. When it comes to friendship in Bollywood, the duo never fails to set BFF goals.
On Kriti’s 32nd birthday, his ‘Shehzada’ co-star made sure to bring a smile to her face.

Kartik took to Instagram and dropped a sweet birthday wish for Kriti, who is currently busy shooting with the former for ‘Shehzada’ in Haryana. He uploaded a picture from the sets in which both the actors could be seen seated on a couch next to each other. Kartik is seen happily feeding Kriti a piece of cake as the latter smiled brightly.

Reacting to Kartik’s hilarious wish, Kriti commented, “Thankkkk you! for having all the cake after posing.”

Kriti and Kartik’s ‘Shehzada’ film is being helmed by David Dhawan’s son Rohit Dhawan. The film is touted as an action-packed family musical film. Paresh Rawal, Manisha Koirala, Ronit Roy, and Sachin Khedekar are also a part of ‘Shehzada’.

Prior to ‘Shehzada’, the actors have worked together in ‘Luka Chuppi’, which was released in 2019.

Apart from ‘Shehzada’, Kartik has ‘Freddy’ and ‘Captain India’ in his kitty. He also recently announced his next film which will be directed by Kabir Khan and backed by Sajid Nadiadwala.

Kriti, on the other hand, has Bhediya with Varun Dhawan, Adipurush with Prabhas and Saif Ali Khan, and Ganapath with Tiger Shroff.