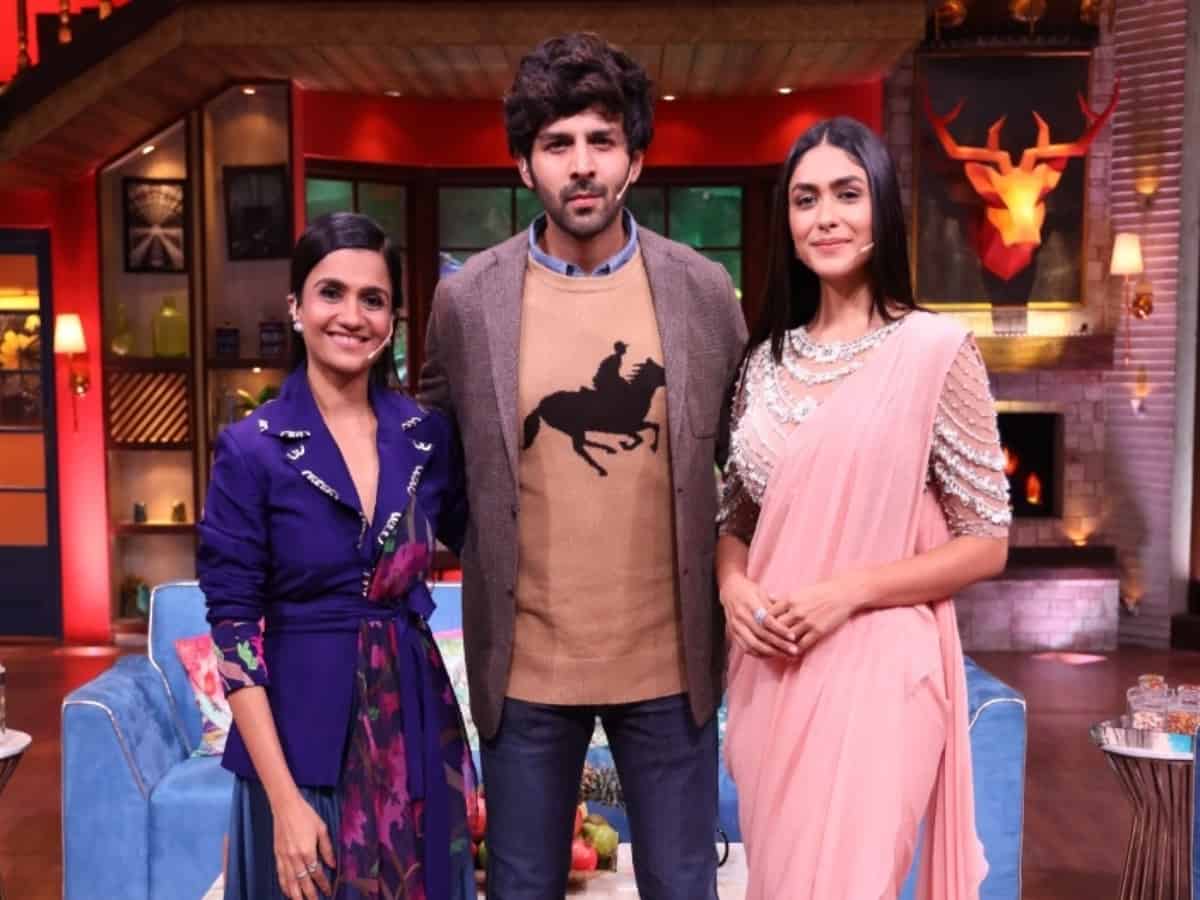 Mumbai: Bollywood actor Kartik Aaryan, who plays protagonist ‘Arjun Pathak’ in the upcoming movie ‘Dhamaka’, shared how the entire movie was completed in just 10 days, on ‘The Kapil Sharma Show’.

Kartik will appear as a special guest along with Mrunal Thakur and Amruta Subhash in the Saturday special episode.

While talking to the host Kapil Sharma, Kartik revealed that director Ram Madhvani completed the film in just 10 days and it came as a surprise for him.

He said: “The credit for this goes to Ram Madhvani sir completely because the way he shoots the movie, it’s unique in itself. I have worked in a number of films but never saw such kind of filmmaking.”

Adding on to the experience, Mrunal Thakur said: “It’s a privilege you know for actors like us. First time I experienced this.”

Kartik Aaryan also revealed how he did not know that this was the plan to complete the film in 10 days.

He shared: “Actually, sir (Ram Madhvani) told me about this later that this was his way of working. I did not know about the timeline. He told me later that he has divided the film into chapters like chapter 1, chapter 2, chapter 3, like that nine chapters have been divided and within nine to 10 days the shoot will be over.”

“So I was shocked at first! I did not sign a short film to be shot in nine to 10 days, I signed a feature film. So he said I shoot like this and because of this the thrilling experience went up even more,” Kartik Aaryan added.