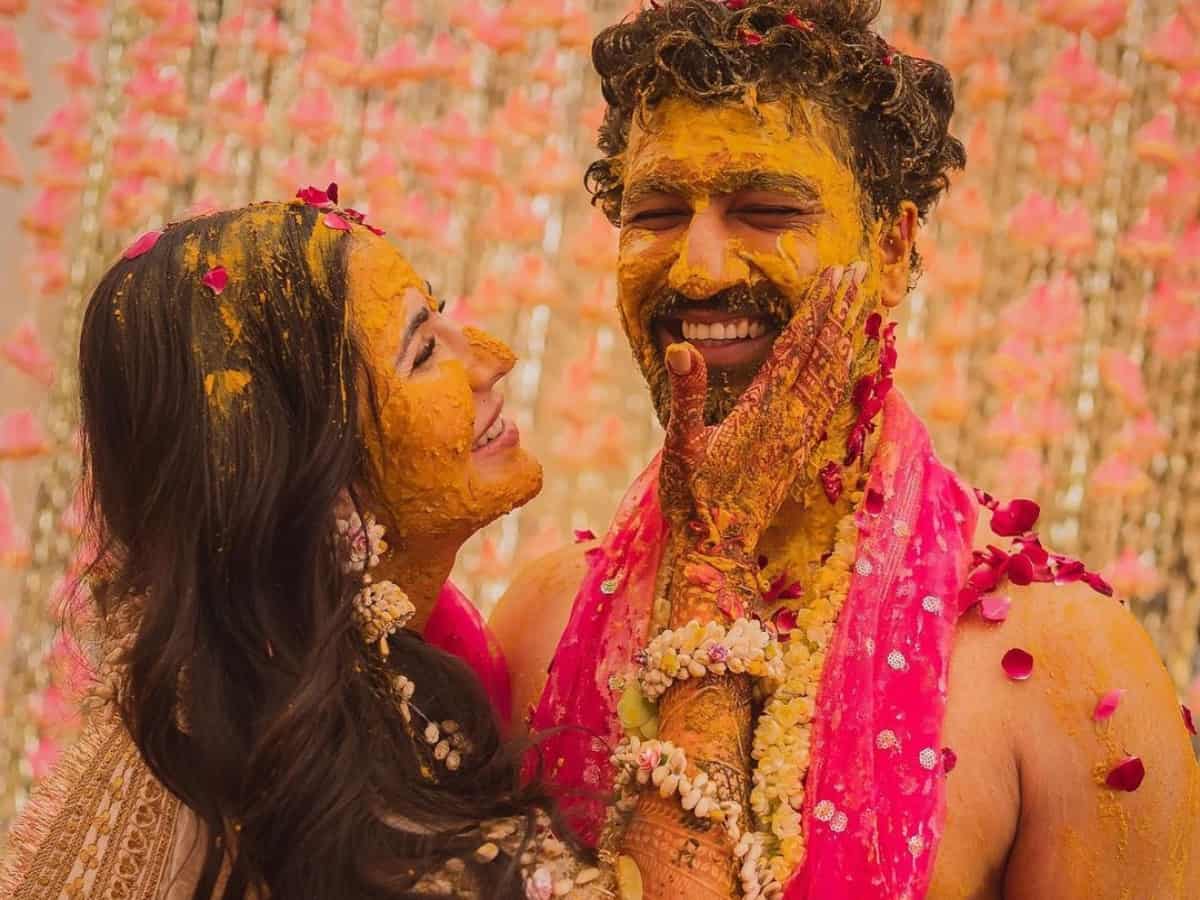 Mumbai: Actor Katrina Kaif will be seen marking her presence with her ‘Phone Bhoot’ co-stars Ishaan Khatter and Siddhant Chaturvedi in an upcoming episode of ‘Koffee with Karan 7’. The actor spilled beans about her relationship with Vicky Kaushal in the show.

Marking the season’s first trio, the three turn up the heat as they discuss bromance, love interests, and the concept of suhaag raat. Chronicling fun with a side serving of charisma, the trio captures hearts and laughter with panache.

Sharing the details of her relationship with Vicky, the ‘Jab Tak Hai Jaan’ actor shared how the beloved star was never on her ‘radar’. She said, “I did not even know much about him. He was just a name I had heard of but had never associated with. But then, when I met him, I was won over!”

Katrina also revealed that the first person she confessed to being smitten by Vicky Kaushal was none other than director Zoya Akhtar, at whose party cupid struck the two lovers.

Calling her relationship ‘unexpected and out of the blue’, the ‘Ek Tha Tiger’ actor added, “It was my destiny and it was really meant to be. There were so many coincidences that at one point all of it just felt so unreal.”

On Monday, host Karan Johar took to social media and unveiled the episode’s promo which has left the internet in splits, courtesy of Katrina’s witty humour.

With Bollywood witnessing an array of weddings, discussions of ‘suhaag raat’ (wedding night) can never be far away from the Koffee With Karan couch. While Alia Bhatt dismissed the concept of ‘suhaag raat’ as a myth, Katrina shared a more innovative solution for tired couples to follow.

The promo begins with Katrina, Siddhanth and Ishaan taking their time to figure out the best positions on the couch for them. After they were settled, Karan started his round of questions.

He then told Katrina about Alia’s recent comment on the show that she was too tired to do anything on her suhaagraat, the wedding night. Asked about her own case, Katrina said, “Why can’t it be suhaagdin,” making the boys raise their eyebrows.

Katrina tied the knot with Vicky Kaushal on December 9, 2021, in Rajasthan in presence of close friends and family members.

On the work front, part from ‘Phone Bhoot’, Katrina is also a part of ‘Merry Christmas’ along with south actor Vijay Sethupathi, and ‘Tiger 3’ with Salman Khan, which is slated to release on April 23, 2023.
The episode will be out on Disney+ Hotstar on September 8, at 12 am.