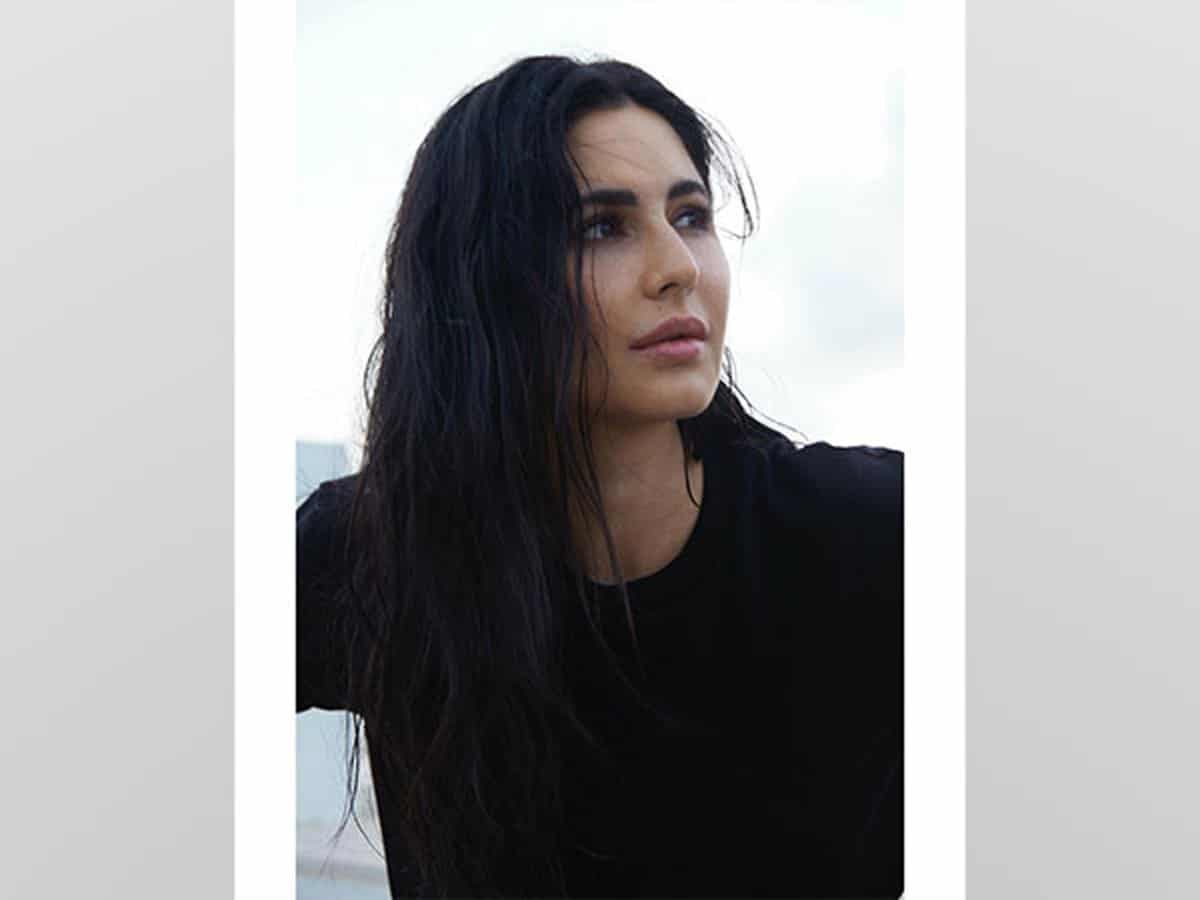 Taking to Instagram, Katrina shared a sling of pictures on her story.

In the first picture, the ‘Baar Baar Dekho’ actor shared the picture of a clapboard which has ‘Merry Christmas’ written on it. The actor captioned the picture as “Work Work Work”. 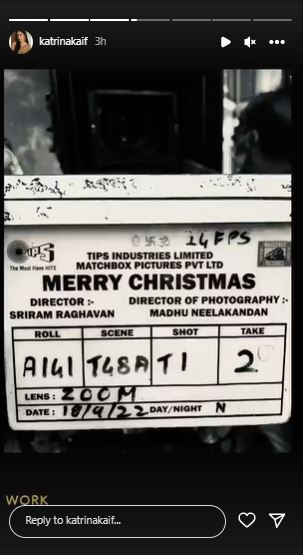 The second picture showcases a black and white picture of director Sriram Raghavan as he looks into the camera. The ‘Dhoom:3’ actor captioned the post, ” Directed by.” The third post is a monochrome picture shot by Katrina herself, showcasing south actor Vijay Sethupathi facing the camera with an intense look. 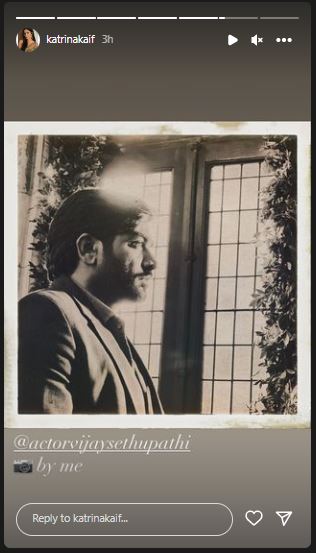 On the occasion of 2021 Christmas, Katrina shared a photo with Vijay Sethupathi, and director Sriram Raghavan to announce that she has started shooting for their upcoming film ‘Merry Christmas.’

Announcing the project, Katrina, 38, wrote, “New Beginnings. BACK ON SET with director #sriramraghavan for Merry Christmas! I’ve always wanted to work with Sriram Sir, He is a master when it comes to narratives that showcase thrillers and it’s an honour to be directed by him. Super excited to be teaming up with @actorvijaysethupathi for this one produced by @rameshtaurani & @sanjayroutraymatchbox @tips @tipsfilmsofficial @matchboxpix.”

Meanwhile, Katrina will be next seen in an upcoming horror comedy film ‘Phone Booth’ alongside Siddhant Chaturvedi and Ishaan Khatter in lead roles, which is slated to release on November 4, 2022. The film will be facing a big Bollywood clash with Arjun Kapoor’s dark comedy film ‘Kuttey’.

Apart from this she also has an action thriller film ‘Tiger 3’ alongside Salman Khan, which is all set to hit the theatres on April 23, 2023.

She is also a part of Farhan Akhtar’s next directorial ‘Jee Le Zaraa’ alongside Alia Bhatt and Priyanka Chopra.