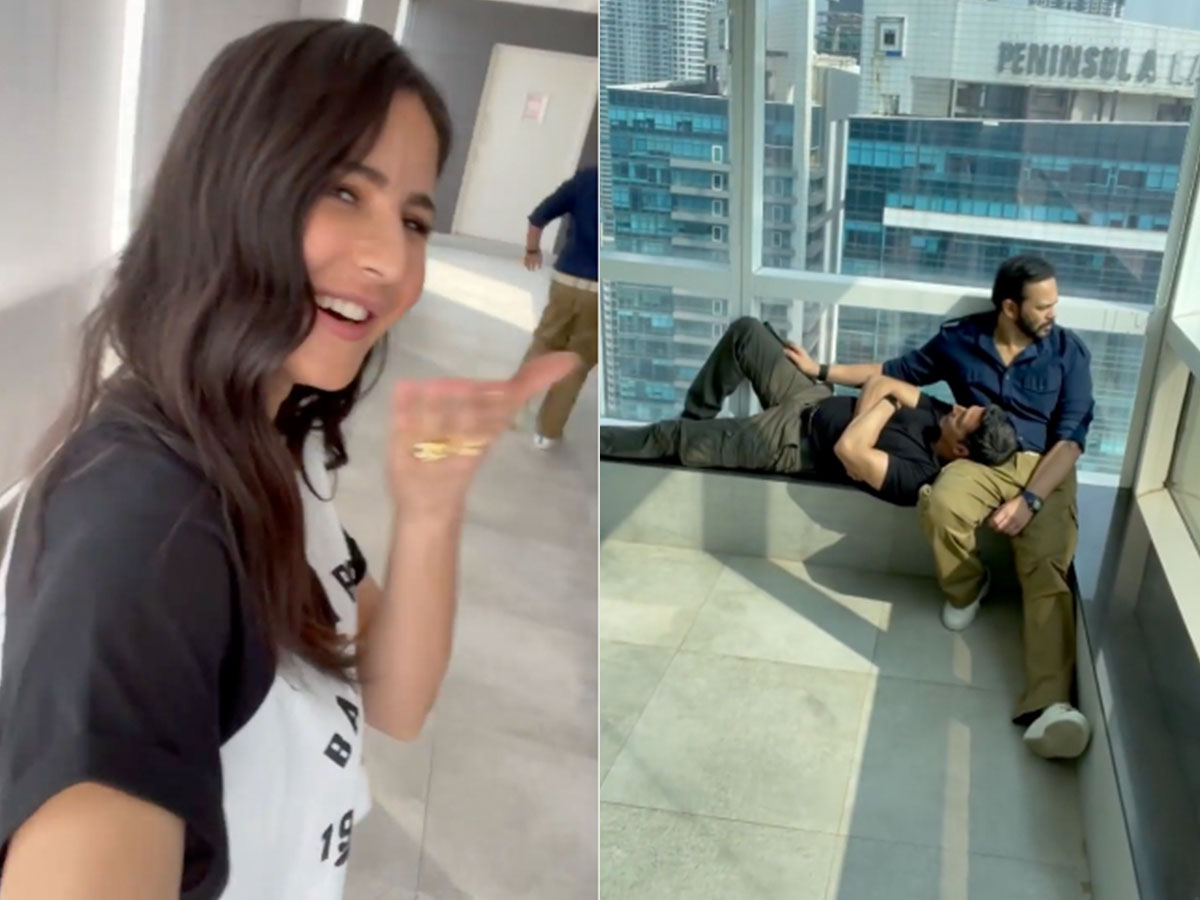 Mumbai: The promotions of Akshay Kumar and Katrina Kaif-starrer ‘Sooryavanshi’ are in full swing. The film’s actors and director Rohit Shetty are working ‘hard’ as seen in Katrina’s most recent video on Instagram

In an Instagram reel shared by Katrina, we see both Akshay and Rohit having a blissful moment as Katrina mocks them by telling the fans how ‘hard’ the two are working and how much they are kicked up for the promotions.

Katrina captioned the image, “Just look at the excitement of the boys for our first day promotions together ???? @itsrohitshetty @akshaykumar #sooryavanshiintheatres #sundayvibes #sooryavanshi NOV 5 th ??”

Akshay interjects by asking Katrina not to record the video as he and Rohit have a reputation to maintain. Shortly after this, he’s seen falling down as he tries to get back to the grilling promotion schedule. The video has since then gone viral giving fans a hearty dose of laughter.

Sooryavanshi is scheduled for a theatrical release on November 5 and the makers are leaving no stone unturned to create the buzz around the film.