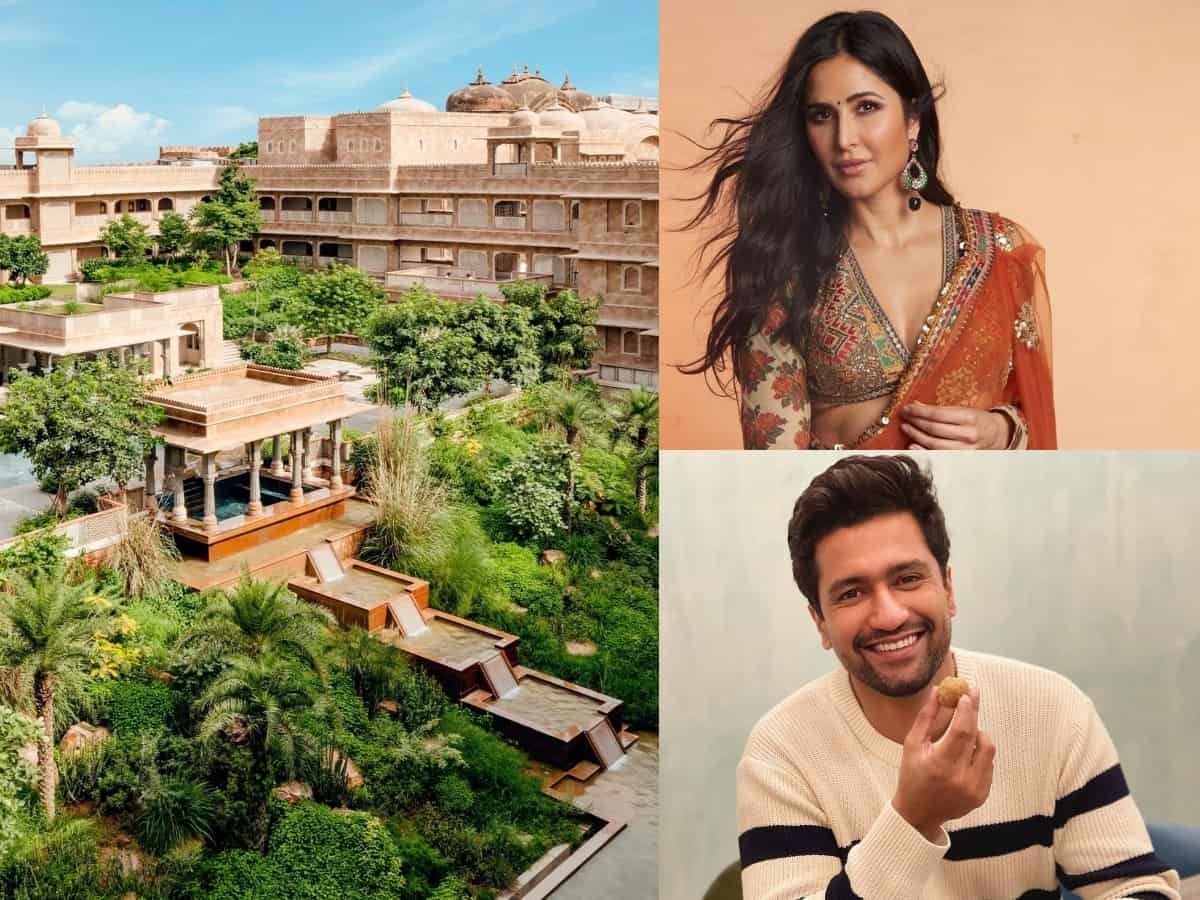 Mumbai: Reports have been doing rounds on internet since yesterday that actors Katrina Kaif and Vicky Kaushal are all set to tie knot in December. Though Katrina and team denied all such rumours, there has been a never ending spree of speculation regarding their wedding.

Katrina Kaif and Vicky Kaushal are rumoured to be head over heels in love with each other. Their relationship has been the hotted topic of tinsel town. But both of them always preferred keeping mum about it. Shutterbugs have often spotted them together at get-togethers and events. Even actor Harsh Varrdhan Kapoor had confirmed that the two are dating.

According to latest report in Times Of India, Katrina and Vicky will exchange the wedding vows in the first week of December.

TOI also reported that the couple will tie knot at Six Senses Fort Barwara, a resort in Sawai Madhopur, located 30 minutes from Ranthambore National Park in Rajasthan. It is a 14th century fort and is owned by Rajasthan’s royal family. Have a quick look at beautiful vintage palace here:

Amid the wedding speculations, Katrina’s mother, Suzanne Turquotte, and sister, actor Isabelle Kaif were spotted by the paparazzi outside a store of an ethnic wear brand in Mumbai on Wednesday. Their pictures have been doing rounds on internet which added much required fuel to the rumours.

On Wednesday, TOI reported that Katrina Kaif and Vicky Kaushal’s wedding outfits be designed by Sabyasachi. They are yet to finalize the fabric and color.

Fans are sitting with a bated breathe for the couple to announce their wedding officially. We also don’t know whether the celebrations would be intimate or a full-fledged typical Bollywood affair

If reports turn out to be true, then are you excited for Bollywood’s big wedding?