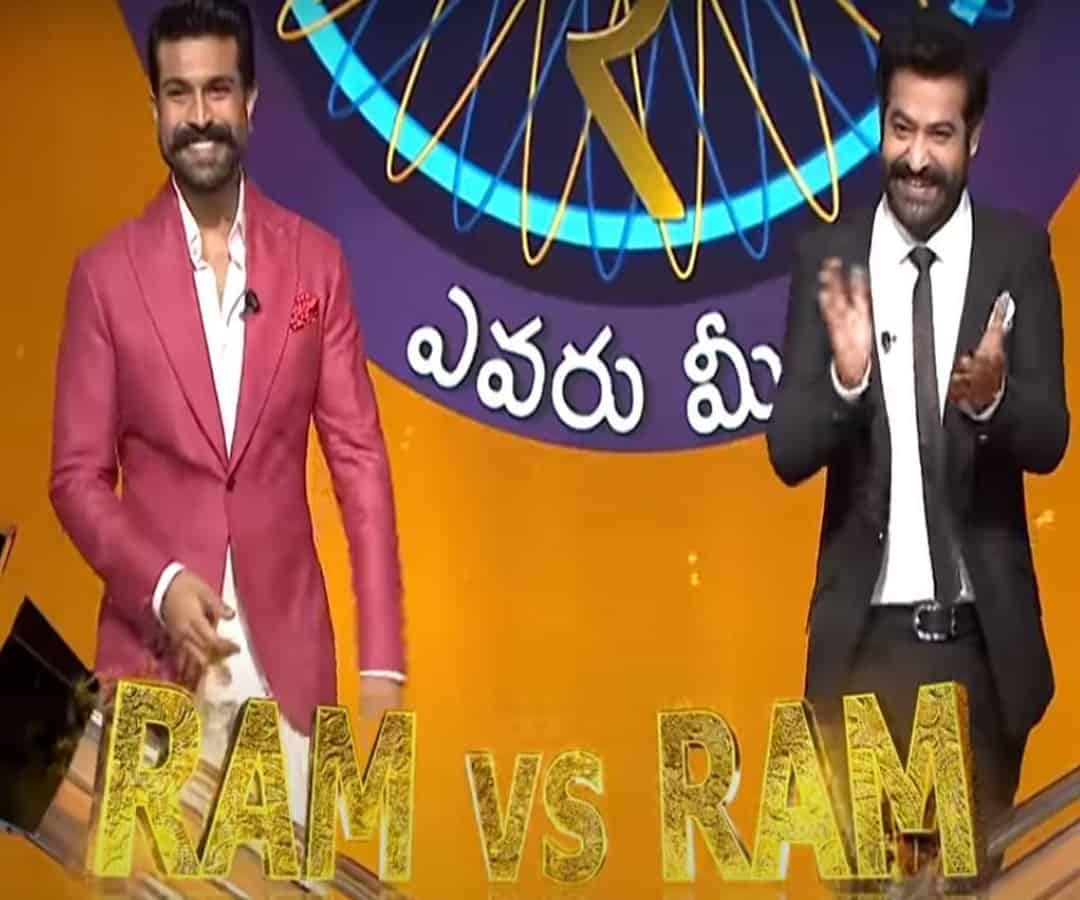 The show, in Telugu, will be called ‘Evaro Melo Koteshwarudu’. Actor Ram Charan, who is going to be the first guest on the show, has shot for the episode.

The teaser of the show was released on Sunday. Ram Charan took to Twitter to share it. “My brother @tarak9999, loved being your guest for #EMK! Hope you all have as much fun watching it as we did shooting!” Ram Charan tweeted.

Tarak is the name friends use to address Jr NTR, who shares his late father’s name, Nandamuri Taraka Rama Rao.

Jr NTR and Ram Charan are appearing together in S.S. Chandramouli’s much-awaited period drama ‘RRR’, but on the sets of EMK, they were at their entertaining best, engaging in light-hearted banter, evoking laughter, one on the host seat and the other on the hot seat.

One cannot miss the fist bumps, the pulling of each other’s leg and of course, the rapport between the two actors. The first episode of ‘Evaro Melo Koteshwarudu’ featuring Ram Charan is slated to go on air on August 22 on Gemini TV.