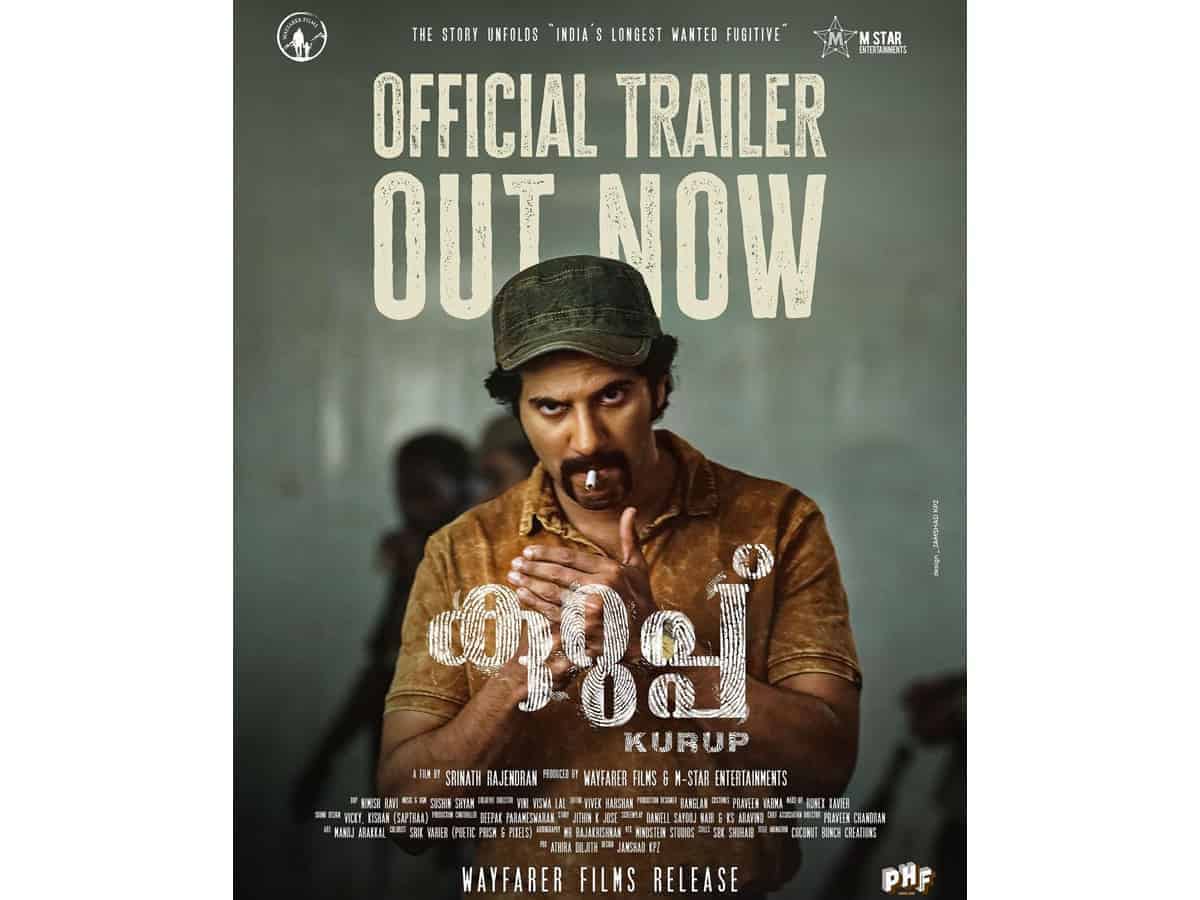 Thiruvananthapuram: The Kerala High Court has served notice to the producers of the Malayalam movie ‘Kurup’, starring Dulquer Salman, which hit theatres on Friday, November 12. It however refused to stay the screening of the film.

The Public Interest Litigation (PIL) was filed by a Kochi resident, stating that the movie would infringe upon the privacy of the family of Sukumara Kurup, a fugitive from the law, on whose life the movie has been made.

The High Court also served notices to the Union and state governments as well as Interpol.

Dulquer Salman plays the role of Sukumara Kurup in the movie. An NRI, Kurup had allegedly murdered a film’s representative, Chacko, who was waiting for a late-night bus at Karuvatta in Alappuzha district, after giving him a lift in his Ambassador car.

Later, the car was doused in petrol and Chacko’s body was also burnt. According to the police, the crime was committed to fake the death of Kurup to embezzle insurance money to the tune of Rs 8 lakh.

Chacko’s family had earlier served a legal notice to the movie’s producers, but his son Jithin later said he had seen a preview and not found any scene that glorifies Kurup.

Jithin was in his mother’s womb when his father was killed allegedly by Kurup, working in tandem with his driver Ponnappan and brother-in-law Bhaskara Pillai, who were caught and have served life terms. Kurup, however, has been on the run since 1984.

The movie opened in theatres across the world with its morning show across Kerala seeing people thronging the theatres in large numbers.

Sudhir Menon, an ardent Dulquer Salman fan said after watching the movie at Palakkad: “It is a super hit and Dulquer has lived the character of Sukumara Kurup.” His sentiment was echoed by views reacting to the film on the Net.