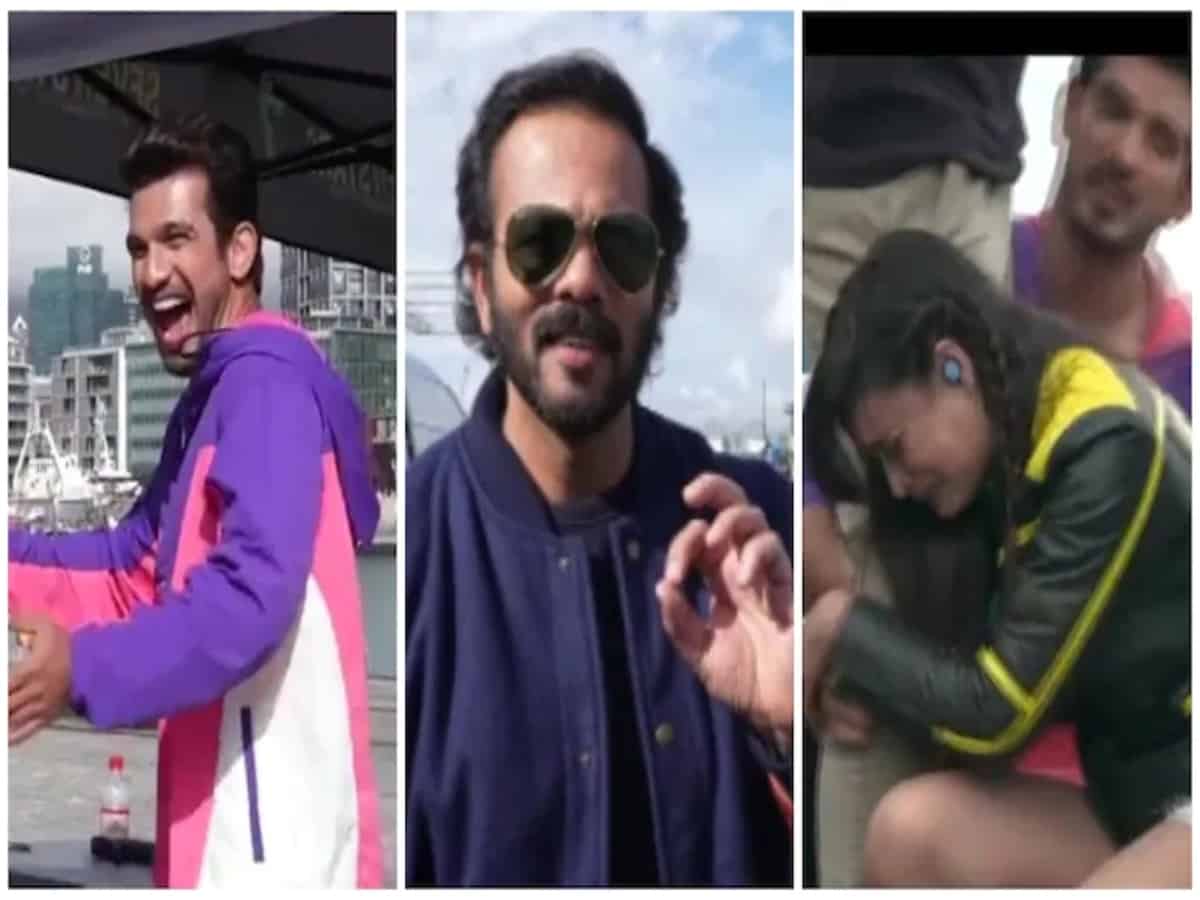 Mumbai: The set of Khatron ke Khiladi is known to be quite an eventful one, thanks to the show’s host Rohit Shetty. He keeps playing hilarious pranks on the sets of his films which leaves everyone stunned. The Simbaa director played a really hilarious prank during his stay in Cape Town as he made Shweta Tiwari and Arjun Bijlani do some crazy things in front of the stunt director of the show.

In a video shared by Colors TV on their official Instagram handle, Rohit Shetty comes in a motorboat and tells the crew that about the prank and play Bigg Boss on the sets of Khatron ke Khiladi but in a fun way. Rohit asks Arjun to bribe Rs. 10,000 to the stunt director and be a sobbing mess. On the other hand, he asks Shweta to act like a kid in front of him and scream to get her phone. The stunt director is left astonished and blank.

Later, Rohit Shetty himself comes out and in an angry tone questions the stunt director about what happened. In the end, Rohit reveals that they are the victims of his prank. After being aware of the fact that they were played a prank, everyone goes rolling on the floor by laughing. Sharing the video on their official Instagram handle, Colors TV wrote, “@itsrohitshetty ke andar ka prankster aaya baahar, @arjunbijlani aur @shweta.tiwari ko de diya ek dare. Dekhiye Khatron Ke Khiladi Season 11, 17 July se, Sat-Sun raat 9:30 baje sirf aje sirf #Colors.”