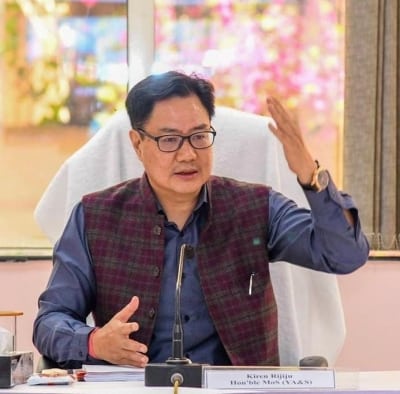 Boe had tweeted the day before saying the IT raids at Taapsee’s houses has landed him in turmoil, putting pressure on the actress’ parents. He sought help from Rijiju saying, “please do something”.

“Law of the land is supreme and we must abide by that. The subject matter is beyond yours and my domain. We must stick to our professional duties in the best interest of Indian Sports,” Rijiju said in a tweet.

Boe’s had tweeted on Thursday: “Finding myself in a bit of turmoil. Representing. for the first time as a coach for some great athletes, meanwhile I-T department is raiding Taapsee’s houses back home, putting unnecessary stress on her family, especially her parents. @KirenRijiju please do something.”

Boe and Taapsee have reportedly been dating for a while. The badminton player from Denmark took to social media to wish Taapsee on her birthday last August, along with a photograph of the two together. However, Taapsee has not yet opened up on her rumoured relationship with Boe.