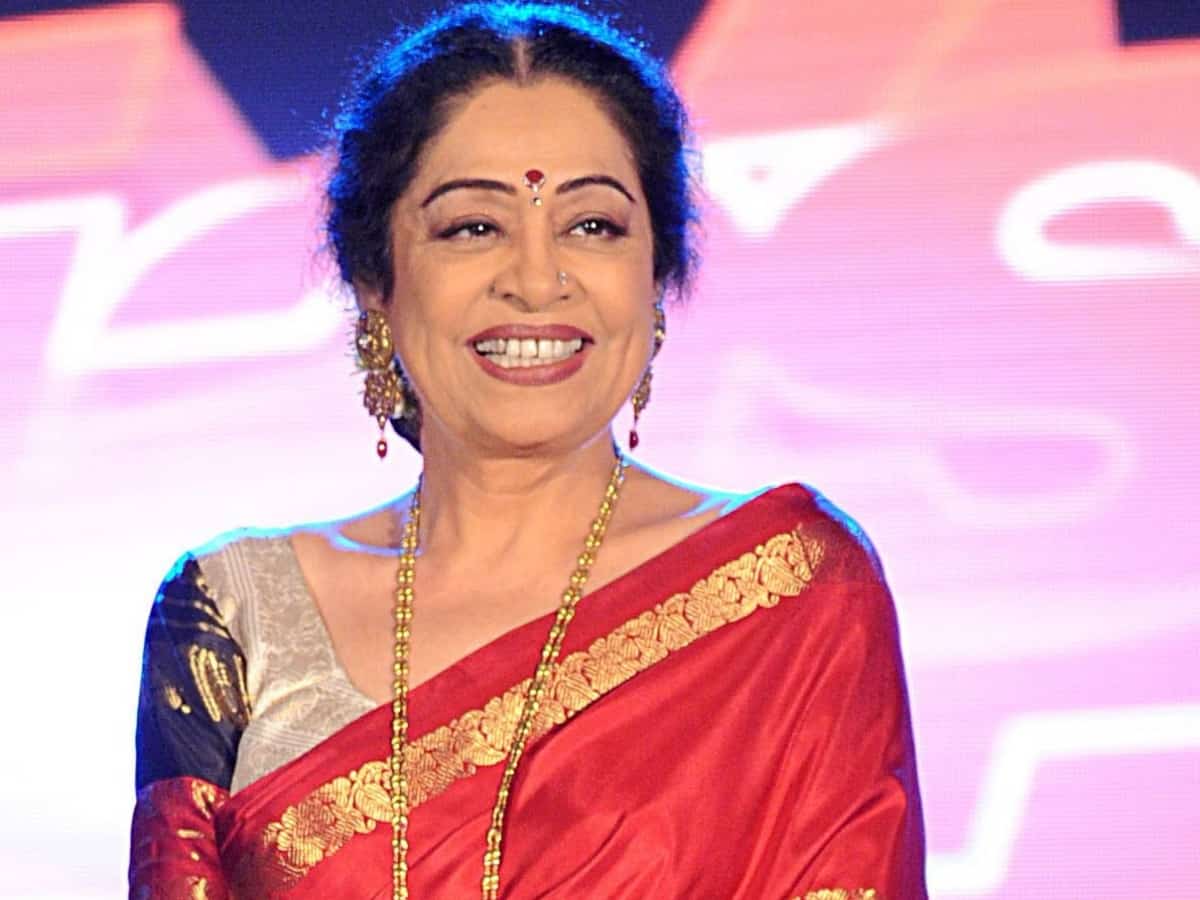 Mumbai: Veteran actress and BJP MP Kirron Kher’s demise rumours started doing rounds on internet on Friday. The actress had been diagnosed with blood cancer earlier this year. However, actor and Kirron’s husband Anupam Kher quashed the negative news about his wife.

What did Anupam Kher write?

Sharing a statement about Kirron Kher’s on social media, the actor clarified that the “rumour going around about her health is false.” Anupam also informed everyone that Kirron recently got her second dose of the COVID-19 vaccine. He also urged people not to spread “negative news” regarding her health.

Anupam Kher wrote, “She is doing absolutely fine. In fact she got her 2nd vaccination done for COVID this afternoon. I will request people not to spread such negative news. Thanks. Stay safe.”

The actor had earlier shared pictures with his family, including wife Kirron, after getting the second jab of COVID vaccine.

Kirron Kher has been battling multiple myeloma, a type of blood cancer. In April, Anupam Kher released a statement about the diagnosis on behalf of his son Sikander and him. It read, “Just so that the rumours don’t get the better of a situation Sikander and I would like to inform everyone that Kirron has been diagnosed with multiple myeloma, a type of blood cancer. She is currently undergoing treatment and we are sure she will come out of this stronger than before. We are very blessed that she is being looked after by a phenomenal set of doctors. She’s always been a fighter and takes things head on.”

On April 29, the shared Kirron Kher’s health update in a live Instagram session. Anupam informed that she is “improving but the medicines of multiple myeloma have many side effects.” In the video, he said, “She is in good spirits and hopefully she will come out of it. With prayers from her well-wishers, everything will be fine.”

Meanwhile, Kirron Kher has been away from the political and showbiz for quite some time now. The veteran actress and actor Anupam Kher’s wife Kirron Kher joined politics in 2014 and became an integral part of BJP. Speaking about her showbiz part, she was seen judging a reality show India’s Got Talent along with Karan Johar and Malaika Arora.