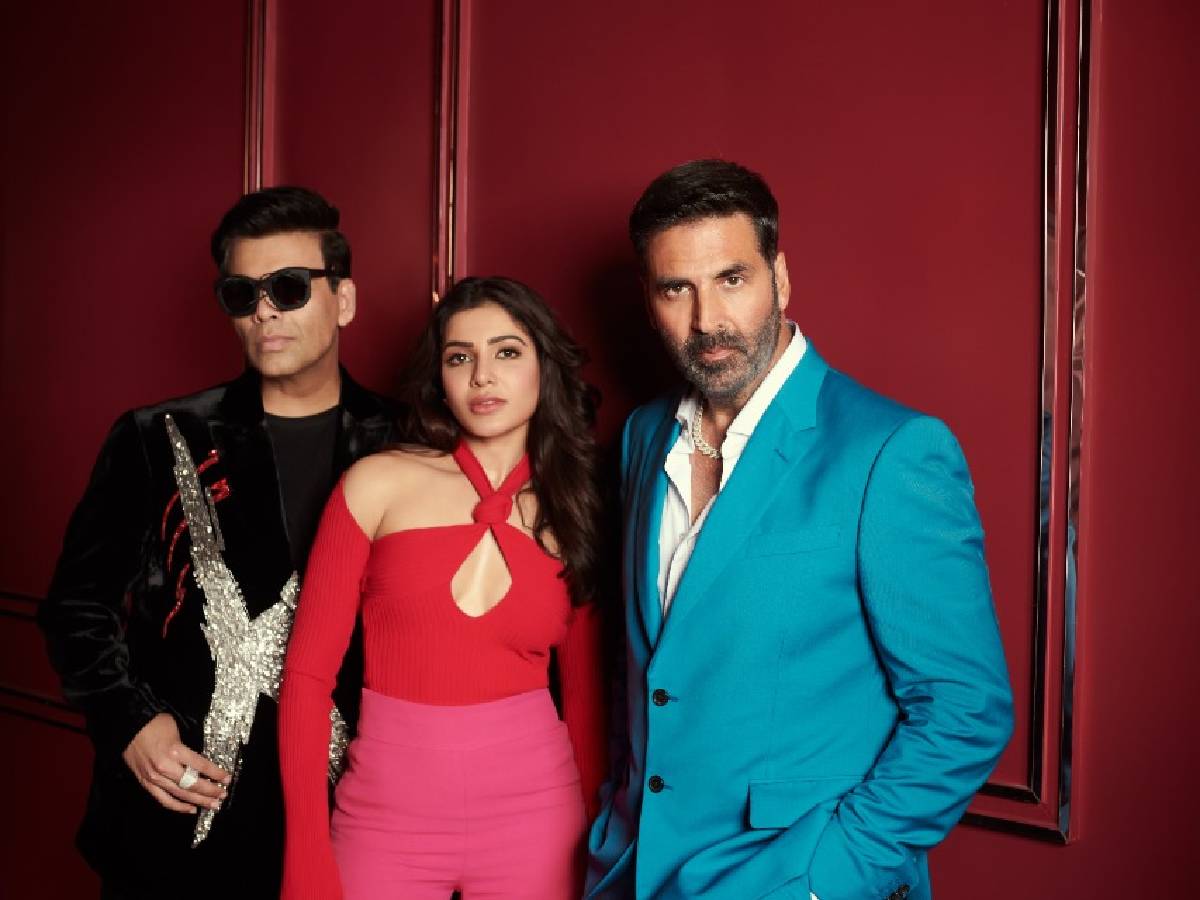 Mumbai: The wait for episode 3 of Karan Johar’s chat show ‘Koffee With Karan’ Season 7 is now over as the producer has shared a fun promo welcoming his “two new guests”, Akshay Kumar and Samantha Prabhu on the exclusive “Koffee couch”.

“Heart of gold and a dash of sexy & bold – my two new guests on the Koffee couch are bringing the heat this Thursday in an all-new episode of HotstarSpecials…” wrote Karan on Twitter.

The promo revealed both Akshay and Samantha making a grand entry at the sets with Akshay sweeping the ‘Pushpa: The Rise’ actor off her feet and carrying her in his arms. This led to Karan joking that Akshay was “carrying the number one female star on your number one shoulders”.

The next few minutes in the clip were filled with fun banter between the host and his two elite guests. When Karan prompted to speak on Samantha and her marriage, the latter interrupted Karan and said, “You are the reason for unhappy marriages” as Karan mouthed “Oh God”.

The ‘Ae Dil Hai Mushkil’ producer urged Samantha to reveal the names of any “two Bollywood hunks” she would invite if she ever had to host a bachelorette party for her best friends. Samantha’s instant reply, without any hesitation, was “Ranveer Singh and Ranveer Singh”.

The two actors were also given the task of performing “different dance forms” which they seemed to ace like a pro.

Samantha Prabhu and Akshay Kumar would be the third guests on the latest season of Koffee With Karan. The first episode featured Ranveer Singh and Alia Bhatt while the second one included Janhvi Kapoor and Sara Ali Khan. ‘Koffee With Karan’ is a celebrity chat show where famous Bollywood stars spill the beans on numerous topics from their careers, to relationships, and personal enmities.

The first episode of ‘Koffee With Karan’ Season 7 aired on July 7 this year.

Meanwhile, the Dharma Productions owner, Karan Johar will be making a comeback as a director with his much-awaited project ‘Rocky aur Rani ki Prem Kahani’ with Ranveer Singh and Alia Bhatt in the lead roles. The film is slated to release on the occasion of Valentine’s Day 2023.