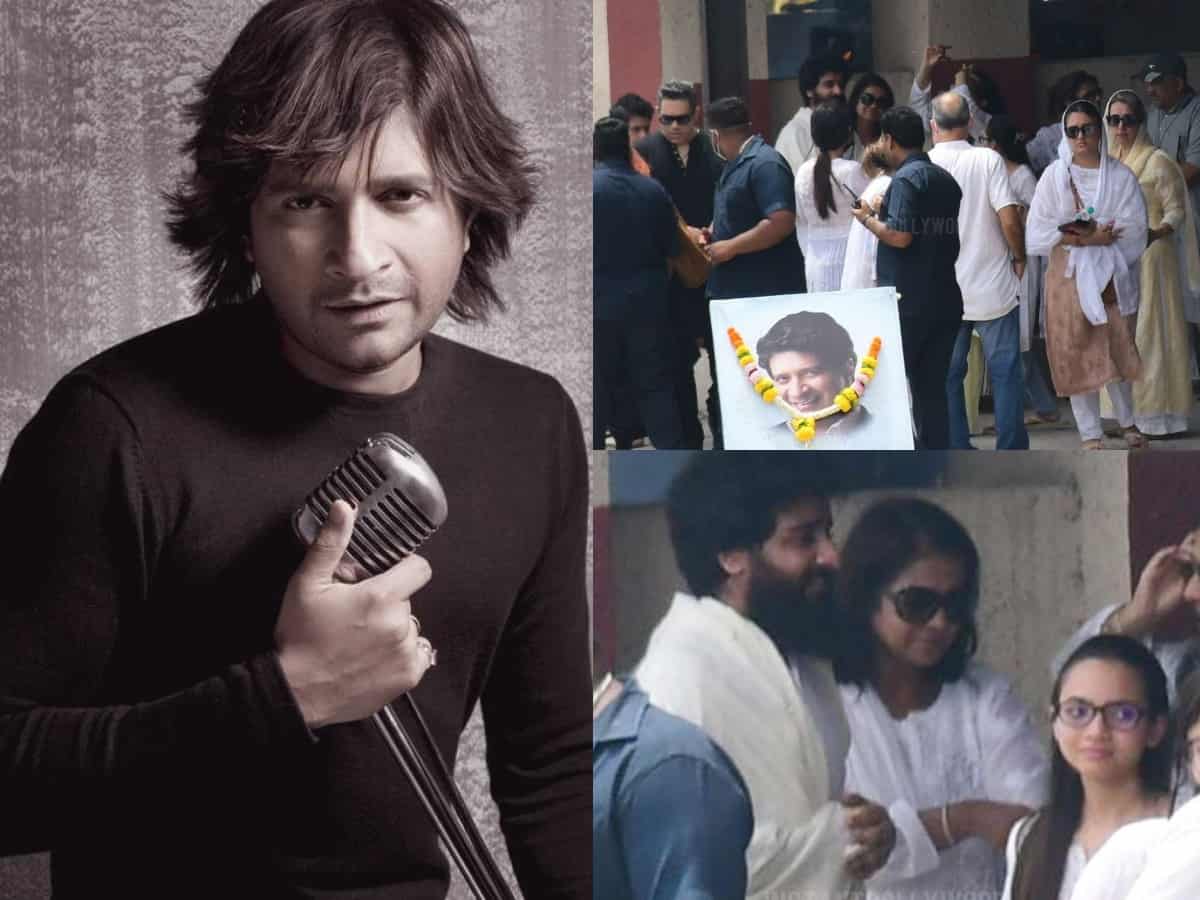 Mumbai: Singer Krishnakumar Kunnath aka KK was cremated in the presence of his family and friends in Mumbai on Thursday. His last rites took place in the Versova Hindu Crematorium at around 2pm. KK breathed his last on Tuesday, May 31 evening in Kolkata after suffering from heart attack. His mortal remains were brought to Mumbai on Thursday morning.

Several heartbreaking pictures and videos from the singer’s last journey are circulating online. In a few pictures, KK’s family can be seen giving him a smiling farewell. However, these visuals have not gone well with the netizens who ‘mercilessly’ trolled KK’s and children for allegedly ‘smiling and enjoying’ at the tough times.

While several social media users slammed the family, a section of netizens defended them saying that they are not laughing and have been papped in a wrong angle. A few others said that ‘it is okay to bid adieu your loved ones with a smile’.

Check out the pictures and comments below.

Speaking about his career, KK has recorded songs in several languages, including Hindi, Tamil, Telugu, Kannada, and Bengali. He is best known for his songs like “Zindagi Do Pal Ki” from the movie Kites, “Aankhon Mein Teri” from the movie Om Shanti Om, “Khuda Jaane” from the movie Bachna Ae Haseeno, “Tadap Tadap” from the movie Hum Dil De Chuke Sanam.