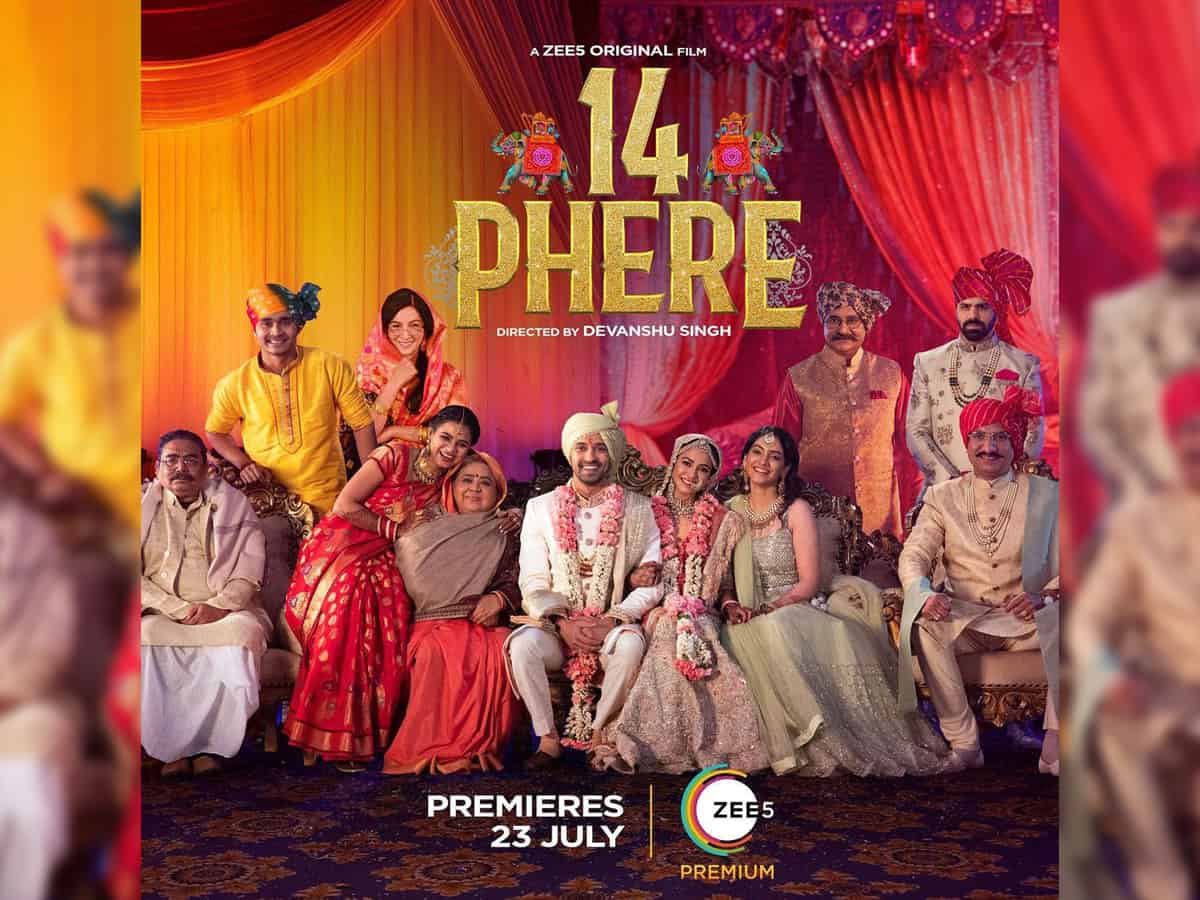 Mumbai: As “14 Phere”, starring Vikrant Massey and Kriti Kharbanda, gets ready for an OTT release, the cast and crew shared their excitement about the film.

“14 Phere” is billed as a comedy directed by Devanshu Singh and written by Manoj Kalwani. The film also features Gauahar Khan and Jameel Khan.

“This is a fun-filled family movie where you will see bonding and emotional values. The film celebrates the institution of family and marriage but questions a few basic flaws in a reasonable way. We are not trying to make fun of traditions and customs. In fact, you can watch the film with your entire family,” said director Singh.

Kriti added: “Halfway through reading the script, I felt a range of emotions. The intrigue I felt reassured me that it was a kick** script and would make for a super entertaining movie! It’s not just another wedding film. I can’t wait for the audience to witness it soon.”

Vikrant said: “It is a complete pack of entertainment with all the elements like emotions, drama, romance, song, dance, comedy and family values at the core of it — a complete madly in love! I fell in love with the script immediately.”