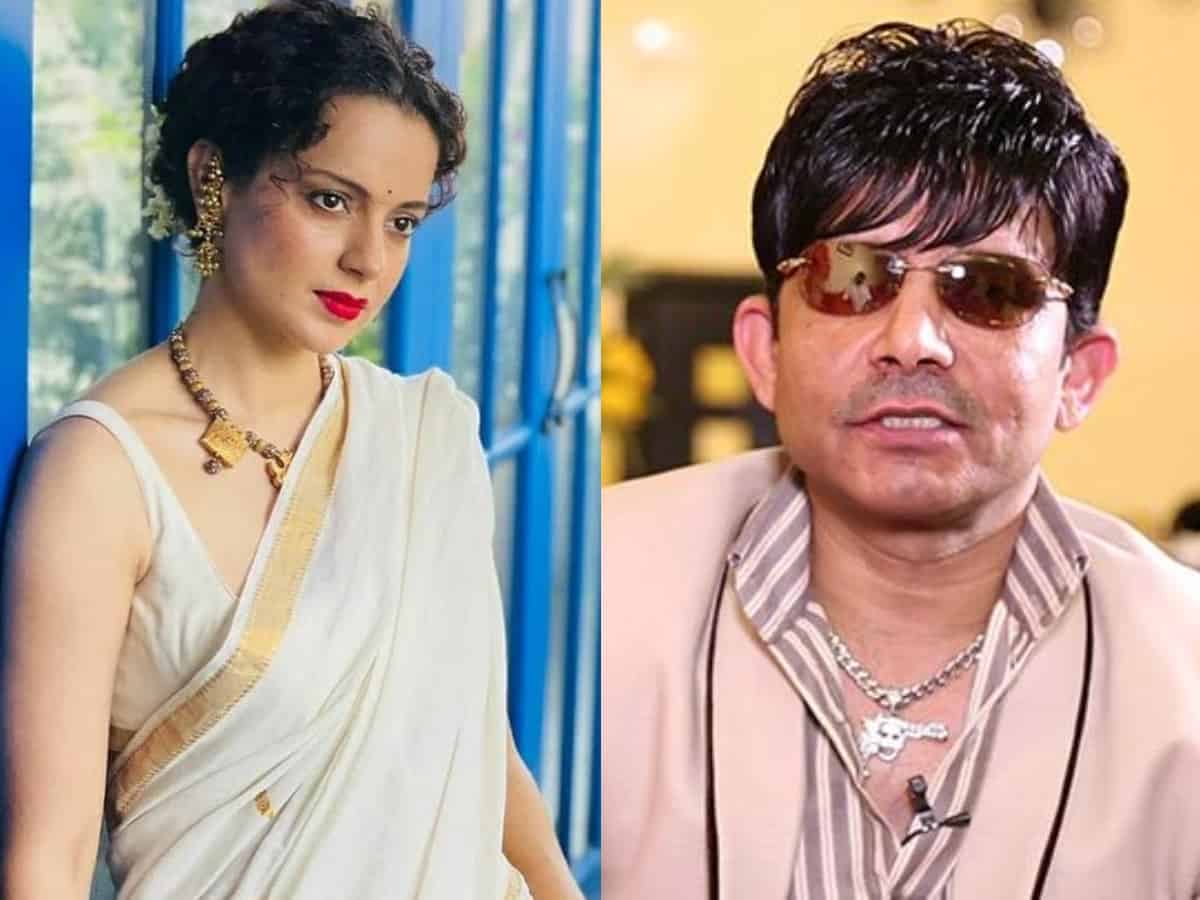 Mumbai: Actor and self-proclaimed critic Kamaal Rashid Khan aka KRK, who has been making headlines for his legal battle with Salman Khan, has now taken a jibe at controversial actress Kangana Ranaut. He made predictions about Kangana’s next film Emergency, which is based on late Indian Prime Minister Indira Gandhi and declared it as ‘flop’.

KRK said in a tweet on Sunday that Emergency will be a flop like Madhur Bhandarkar’s Indu Sarkar. Calling her ‘deedi’ he wrote, “Director #MadhurBhandarkar made film #InduSarkar on #IndiraGandhi and emergency, Aur Kutta Bhi Dekhne Nahi Gaya (Not even a dog watched it)! Now Deedi #KanganaRanaut is making film on the same subject. Means she wants to make 12th flop in the row. Her last 11 films are super flop.”

For the unversed, recently she took to her Instagram handle and announced her next project titled ‘Emergency’ in which she will be essaying the lead role as well as directing it. Taking to her Koo app account, Kangana wrote, “Pleased to wear Director’s hat again, after working on Emergency for more than a year I finally figured no one can direct it better than me, collaborating with fabulous writer Ritest Shah, even if it means sacrificing on various acting assignments I am determined to do it, my excitement is high this is going to be a tremendous journey, my leap to another league #Emergency #Indira.”

Meanwhile, KRK has been targeting and criticising Salman Khan since over a month.

KRK was slammed with a defamation lawsuit by Salman Khan post Radhe: Your Most Wanted Bhai’s release. Not just this, the superstar but also got an interim order against him which prohibits KRK from saying anything about the Bollywood star.

While the self-proclaimed critic claims that Salman has sued him for his review of Radhe, Khan’s spokesperson on the other hand said that the case has been filed for his claims about the actor and his NGO.