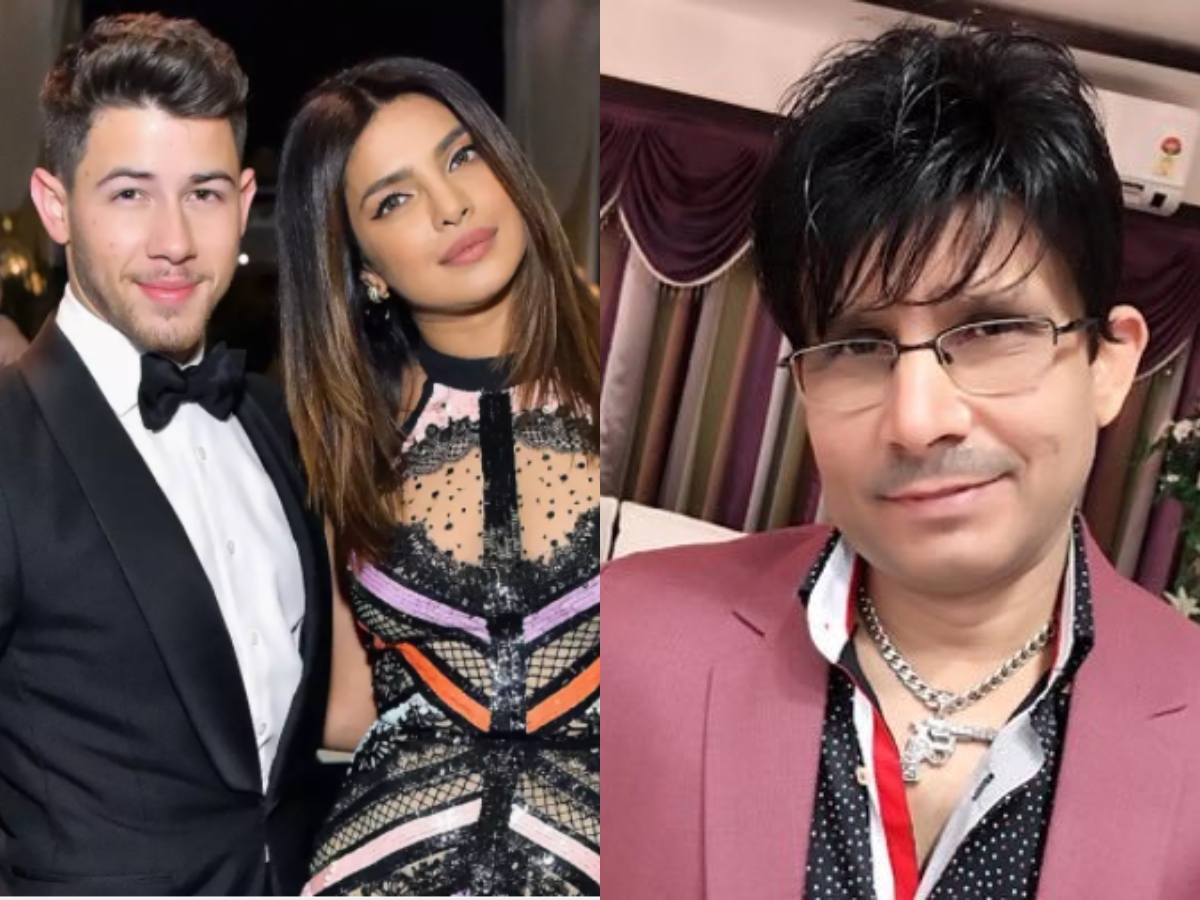 Mumbai: Kamaal R Khan aka KRK is quite infamous for his controversial statements about celebrities and always says something bizzare.

He either takes a dig at someone or makes someone. Now, in on such instance, Kamaal took to his Twitter yesterday and made multiple predictions. One of them being Priyanka Chopra and Nick Jonas will get divorced within next 10 years.

His other predictions include, “both son of Saif and Kareena won’t be able to become successful actors because of their wrong names.” He also claimed that Rahul Gandhi will become the Prime Minister but only after Sonia Gandhi passes away.

He also made a blind statement where he said one of the Bollywood actors will only become a big star after his father passes away.

As expected, KRK received a lot of backlash from viewers over his ugly tweets. One of the users made a hilarious prediction as they commented, “Prediction number 5 . The day u will enter in India , tere bahut juttay and thapad parege and tuh media Ke samnay @TheSalman_Khan bhai se mafi mangega.”

Recently, KRK was slammed with a defamation lawsuit by Salman Khan post Radhe: Your Most Wanted Bhai’s release.

Not just this, the superstar but also got an interim order against him which prohibits KRK from saying anything about the Bollywood star. While the self-proclaimed critic claims that Salman has sued him for his review of Radhe, Khan’s spokesperson on the other hand said that the case has been filed for his claims about the actor and his NGO.