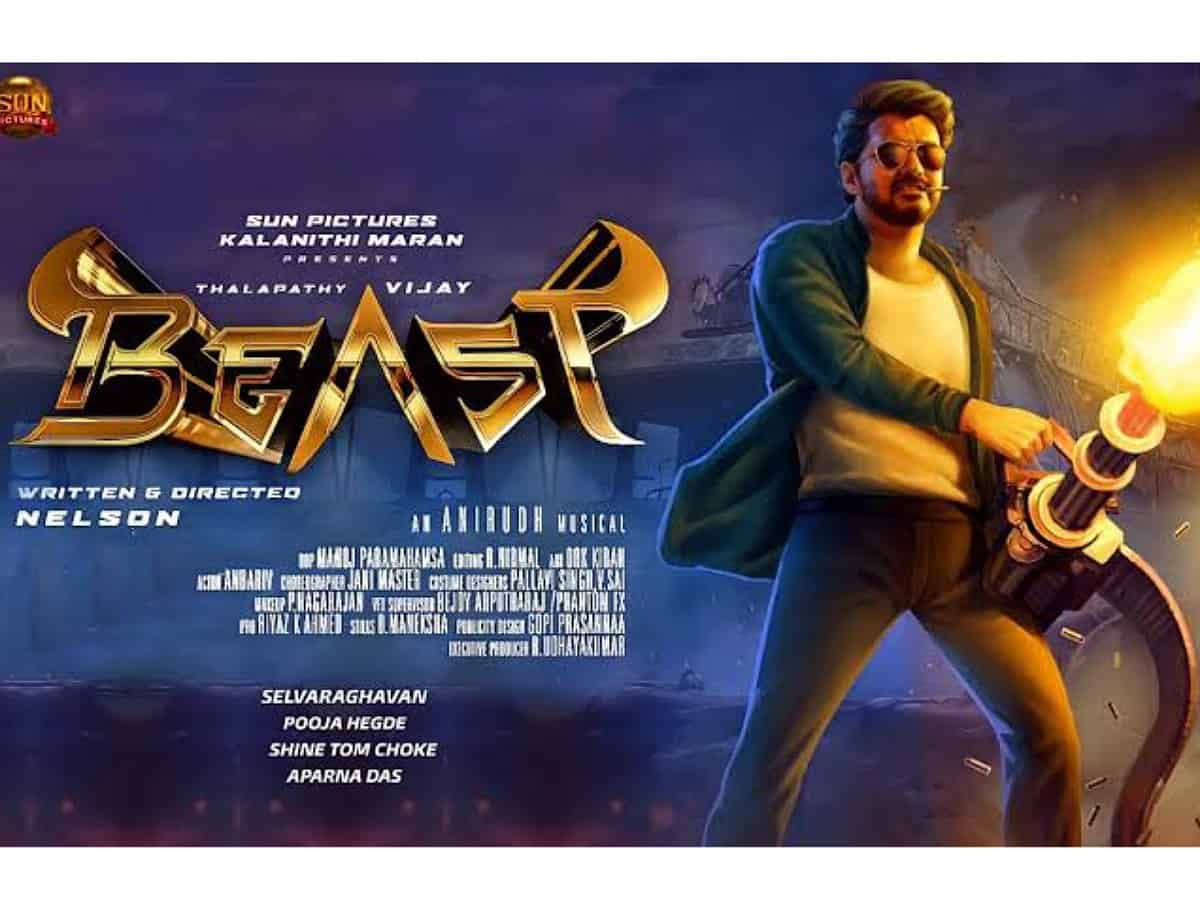 The much-awaited Tamil superstar Thalapathy Vijay’s new film ‘Beast’, which hit the screens worldwide on Wednesday, April 13, has been banned in Kuwait and Qatar for depicting Muslim characters as terrorists.

As per the local media reports from the two Gulf countries, the film depicts Muslim characters as terrorists. It is also believed that the reason may be due to the anti-Pakistan sentiment in the film.

Trade analyst Ramesh Bala took to Twitter and said the film was banned by Kuwait’s Ministry of Information.

In a tweet, Bala speculated that the film’s portrayal of Pakistan and scenes depicting Islamists as terrorists could be the reason behind it being banned.

Beast has reportedly been cleared for release in UAE, Oman, and Bahrain but has been censored in Saudi Arabia.

This is not the first time that an Indian film got banned in Gulf countries. Earlier Dulquer Salmaan’s ‘Kurup’ and Vishnu Vishal’s ‘FIR’ too had been banned for similar reasons.