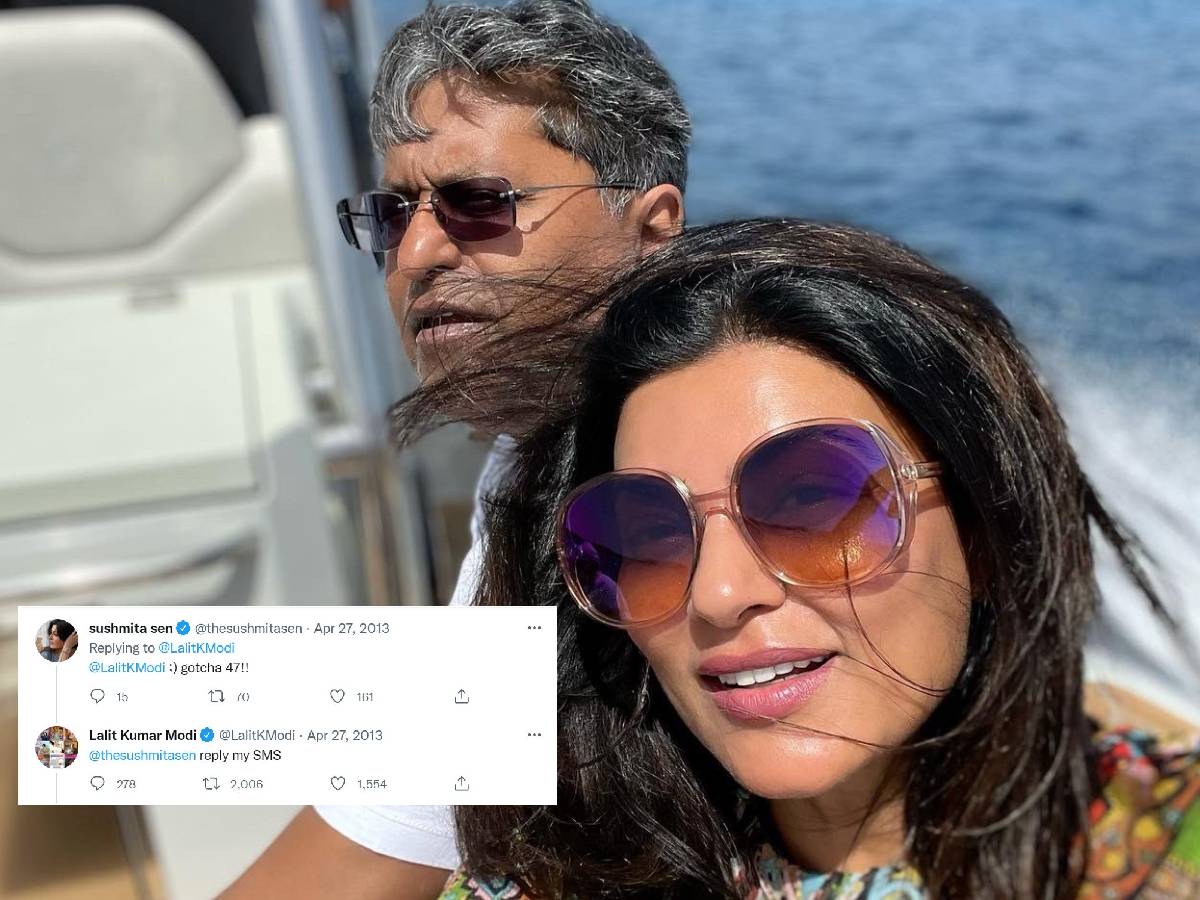 Mumbai: Amid Sushmita Sen and Lalit Modi’s dating buzz, eagle-eyed netizens have dug up old posts from the latter’s Twitter handle where he had mentioned something or the other about the Miss Universe 1994.
A nine-year-old tweet of Lalit has been doing the rounds on the internet in which he tagged Sushmita and wrote, “reply my SMS.”
In 2013, the former IPL Chairman shared a tweet in which he wrote, “Okay I commit “@thesushmitasen: @LalitKModi you are too kind. However, promises are meant to be broken, commitments are honoured. Cheers love. Here is to 47.” Sushmita replied, “Gotcha 47,” to which Lalit responded, “Reply my SMS.”

Reacting to the duo’s Twitter conversion, a social media user wrote, “Quite surprising. “
“So basically it all started from here,” another one wrote.
A video of Lalit giving a speech at his daughter’s wedding Aliya has also surfaced online as netizens spotted Sushmita’s comment on the post.

“Awww!!! Heartfelt,” the Bollywood actress had commented.
On Thursday, Lalit surprised everyone by announcing that he is in a relationship with Sushmita via a tweet. He also said that he intends to tie the knot soon.
Lalit posted several photos with Sushmita with the caption, “Just back in london after a whirling global tour #maldives # sardinia with the families – not to mention my #better looking partner @sushmitasen47 – a new beginning a new life finally. Over the moon.”

In another tweet, Lalit Modi clarified that he and Sushmita Sen aren’t married yet. He wrote, “Just for clarity. Not married – just dating each other. That too will happen one day.”

Lalit was previously married to Minal Sagrani, whom he married in October of 1991. They had two children together – son Ruchir and daughter Aliya.
Lalit is also a stepfather to Karima Sagrani, from Minal’s first marriage. Unfortunately, Minal lost her life to cancer in 2018.
On the other hand, Sushmita was in a relationship with model Rohman Shawl, whom she met through Instagram in 2018, but broke up with him last year. She is a mother of two adopted daughters Renee and Alisah.