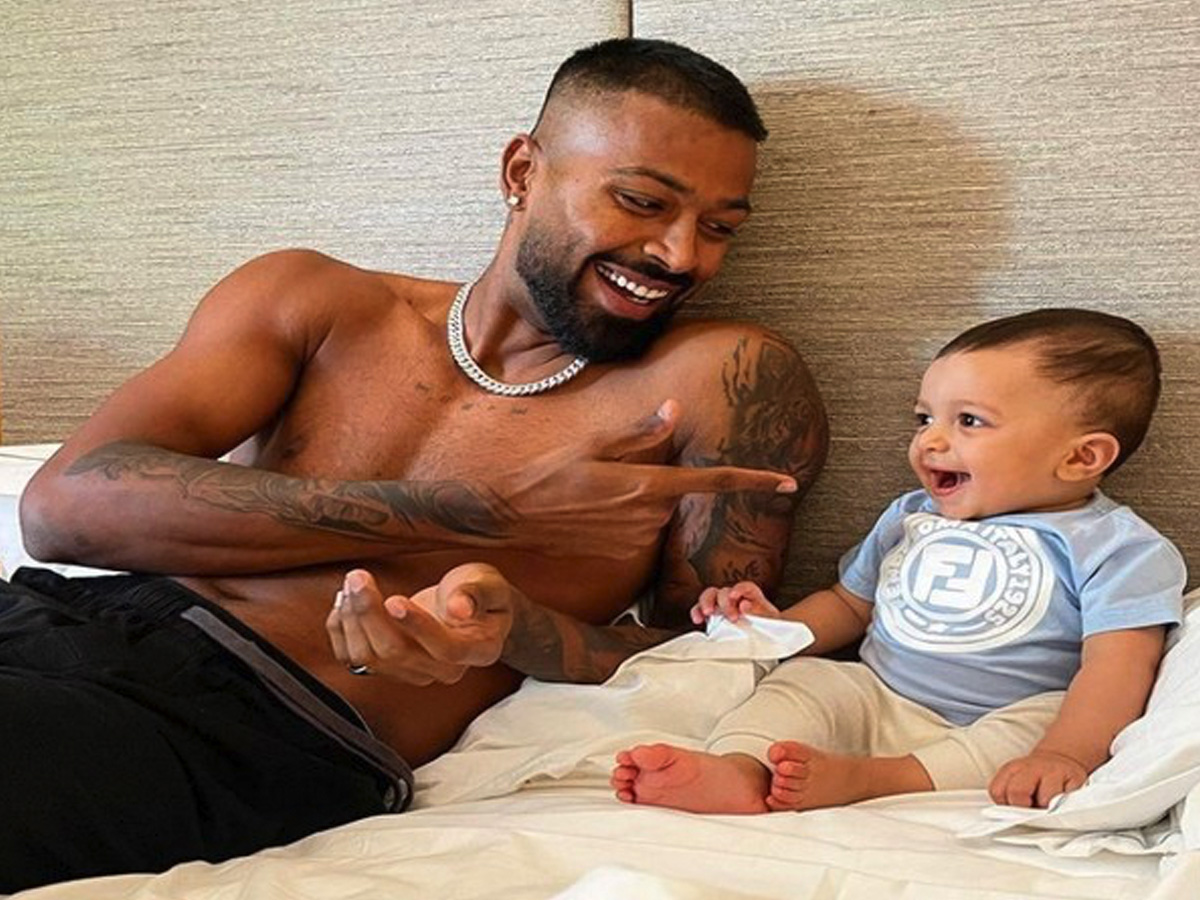 In the picture, Hardik can be seen enjoying cute moments with his son hours before the IPL opener. The all-rounder also shared a boomerang video in which he is seen receiving “good luck” wishes from his son.

The IPL 2020 will kick start on Friday with Mumbai Indians and Royal Challengers Bangalore (RCB) locking horns in the tournament opener.

Earlier in the day, Mumbai Indians skipper Rohit Sharma said the feeling in the camp is absolutely electric and upbeat and players are raring to go in pursuit of their sixth title.

“The feeling in the camp is absolutely electric and upbeat. It is the start of the new season, we all know that. The guys are very excited to get going. We’ve got some new faces in the squad as well which is exciting. IPL is always an exciting time and coming off from playing a lot of cricket as well,” Rohit said in a video posted by the MI on their official Twitter handle.

“So, looking forward to get going. I think it is going to be a good one this year as well. Hopefully, we can do the right things. We can continue from where we left in Dubai,” he added.

The 33-year-old opening batsman further added that Piyush Chawla gives the side variety in their squad which they were looking for. “He is quite experienced in terms of playing IPL games. He has been around for a number of years now and knows exactly what this team expects him to do. I’m pretty sure that he is going to able to live by that because of his experience and the number of wickets he has taken in the IPL. He brings the variety in our squad which were looking for. I’ve played with him since my U-19 days so I know him pretty well, he knows me well. It is going to be good camaraderie between both of us on the field,” he concluded.