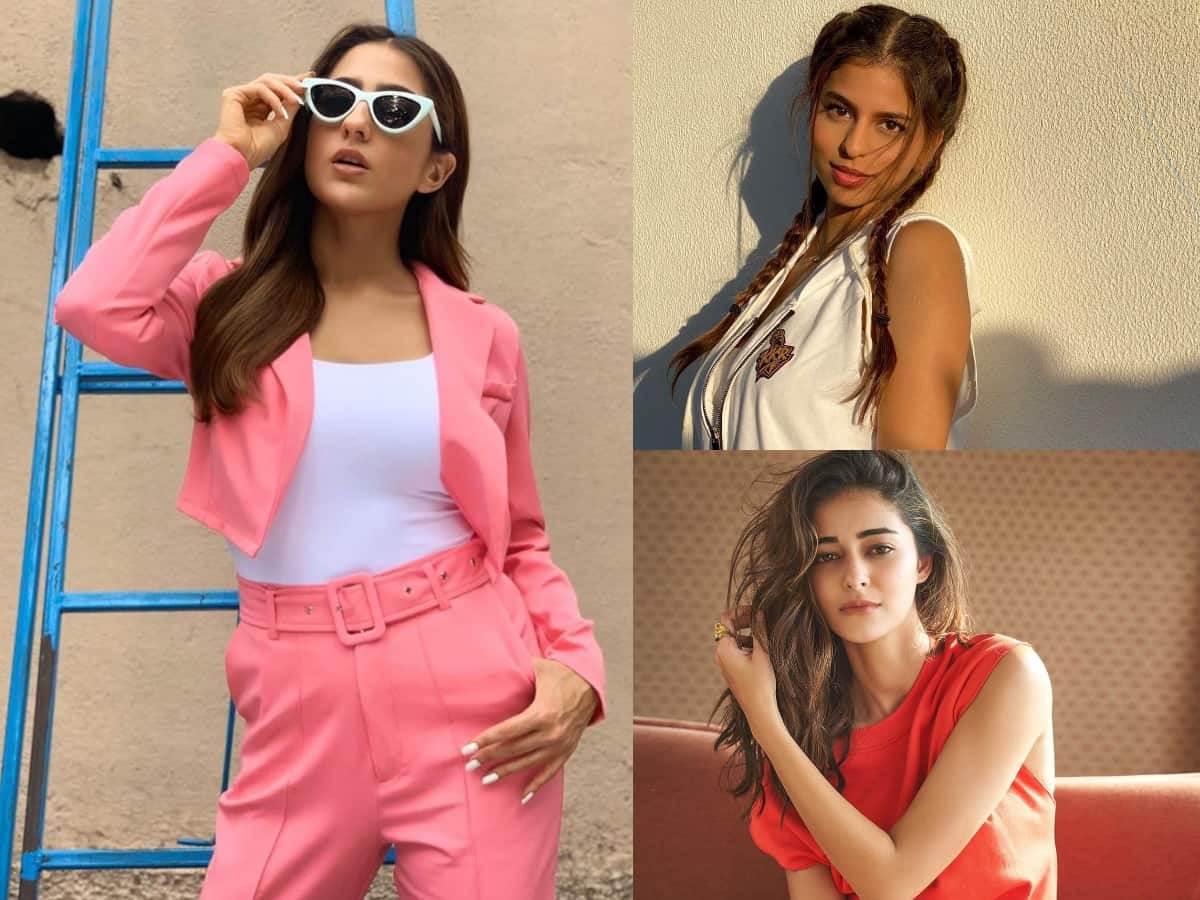 Mumbai: There’s no denying that a few Bollywood star kids are as popular as their celebrity parents for multiple reasons. From their eye-grabbing posts on social media to rumours of forraying in film industry, they never miss the chance to make headlines. Some of the popular star kids including Ananya Panday, Sara Ali Khan, Suhana Khan, Aryan Khan, Ibrahim Ali Khan, Khushi Kapoor, Agastya Nanda, Navya Naveli Nanda and others, let the world get a glimpse of their life through Instagram.

While a few kids like Ananya Panday and Sara Ali Khan have already entered Bollywood, others like Suhana, Ibrahim and Shanaya are waiting for the right break.

Meanwhile, we take a look at list of the popular star kids who grabbed the spotlight by on Instagram with their huge fan following.

Saif Ali Khan and Amrita Singh daughter Sara Ali Khan, who enjoys her loyal and large fanbase on social media, has now crossed the huge milestone of 30 million followers on Instagram. With this she became the highest followed star kids and only actress from her league to achieve the landmark in such short span of time. Sara made her Instagram debut in 2018.

Actress Ananya Panday, who made her Bollywood debut with Karan Johar’s ‘Student Of The Year’, has recently crossed 18 million followers on her Instagram.

Shah Rukh Khan and Gauri Khan’s daughter Suhana Khan is one of the most popular star kids of Bollywood. Suhana has many fan clubs dedicated to her on social media and it speaks for her popularity. She has 1.6 million followers on Instagram.

Sanjay Kapoor and Maheep Kapoor’s daughter Shanaya has made her Instagram account public earlier this year. She has nearly 600K followers on Instagram. Shanaya started off her Bollywood journey as an assistant director on Gunjan Saxena: The Kargil Girl. Filmmaker Karan Johar is all set to launch her in the movies.

Janhvi Kapoor’s sister, Khushi Kapoor is a star in her own right. The beautiful star kid makes headlines multiple times be it with her beautiful and stylish looks or funny videos with Janhvi. Khushi recently made her Instagram profile public and her photos give followers an insight into her amazing life. She has more than 400K followers on the photo-sharing app.