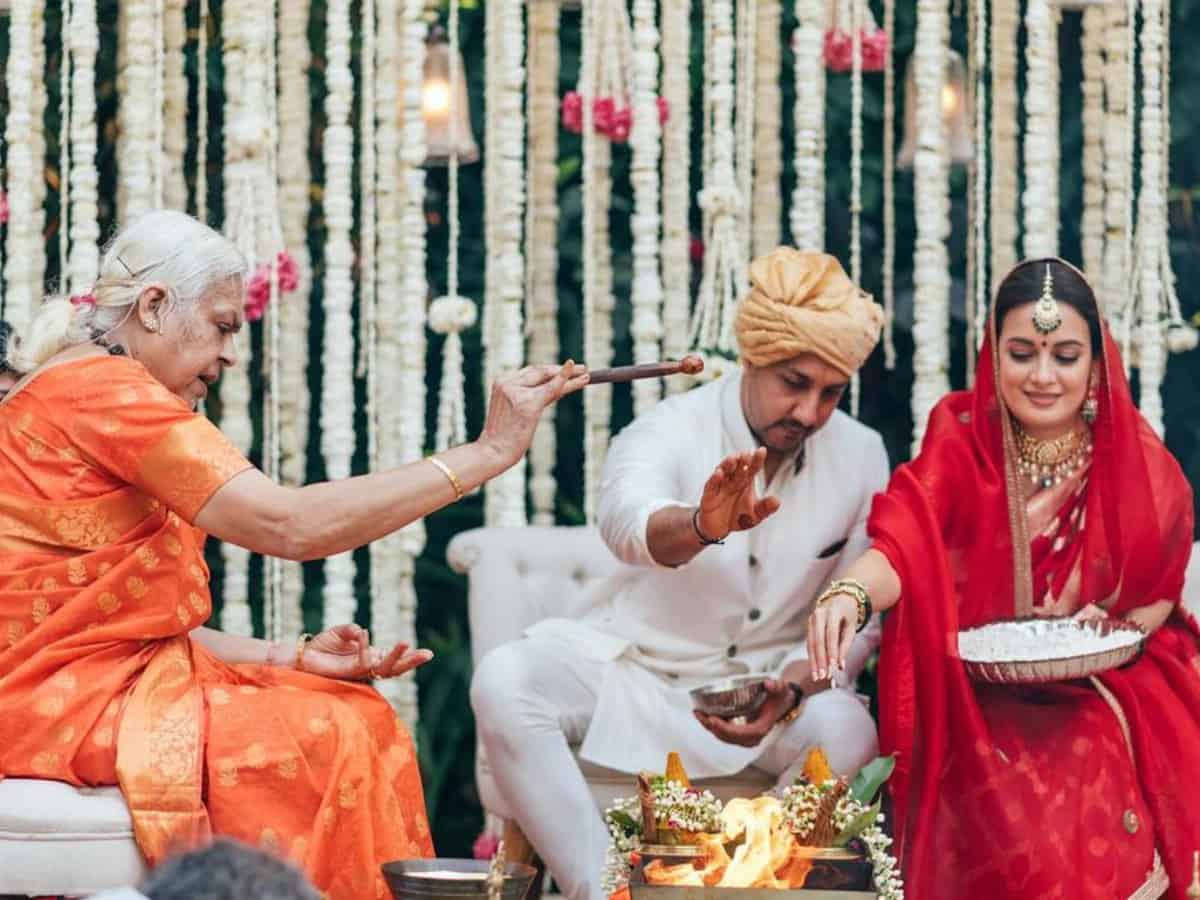 Mumbai: Can you ever imagine somebody other than a male priest performing puja at wedding ceremony? Well, we haven’t too until we spotted a ‘female priest’ conducting rituals at Dia Mirza’s wedding.

Dia Mirza got married to Mumbai-based businessman Vaibhav Rekhi on February 15 in an intimate ceremony with only close friends and family in attendance. Several beautiful pictures from her big day are going viral on social media which have wowed her fans. However, there’s one picture which is being hailed by the netizens even more. It priestess conducting the her wedding puja.

Smashing patriarchy and the stereotypes around women remarrying, Dia Mirza surprised everyone by sharing a beautiful picture which show an elderly woman priest performing her ceremony.

Sharing the pictures on Instagram she wrote, “Love is a full-circle that we call home. And what a miracle it is to hear its knock, open the door and be found by it. Sharing this moment of completion and joy with you..my extended family. May all puzzles find their missing pieces, may all hearts heal and may the miracle of love continue to unfold all around us #ThankYouPreeta #SunsetKeDiVaNe.”

Her fans and followers were quick to notice and react to the photo. One reacted saying “priestess…living feminism in true sense”, while another said “woman panditji first tym dekha (seen for the first time)”. A third person said, “And if I am not wrong it is the lady pundit who is chanting the mantras.” Check out the reaction below:

However, a women priest solemnizing a wedding is not an entirely unknown concept. The tenets of the Arya Samaj, a reformist faction of Sanatan Dharma Hinduism, allow for women to be priests and conduct rituals. Early last year, a couple in Chennai chose a woman priest to conduct their wedding too, reports said.

As per reports, Dia Mirza and Vaibhav bonded during the lockdown and have been spending all their time together. The couple has been rumoured to be dating for a while though neither of them ever spoke about it.

Dia Mirza was earlier married to film producer and writer Sahil Sangha in October 2014. They divorced in 2019.