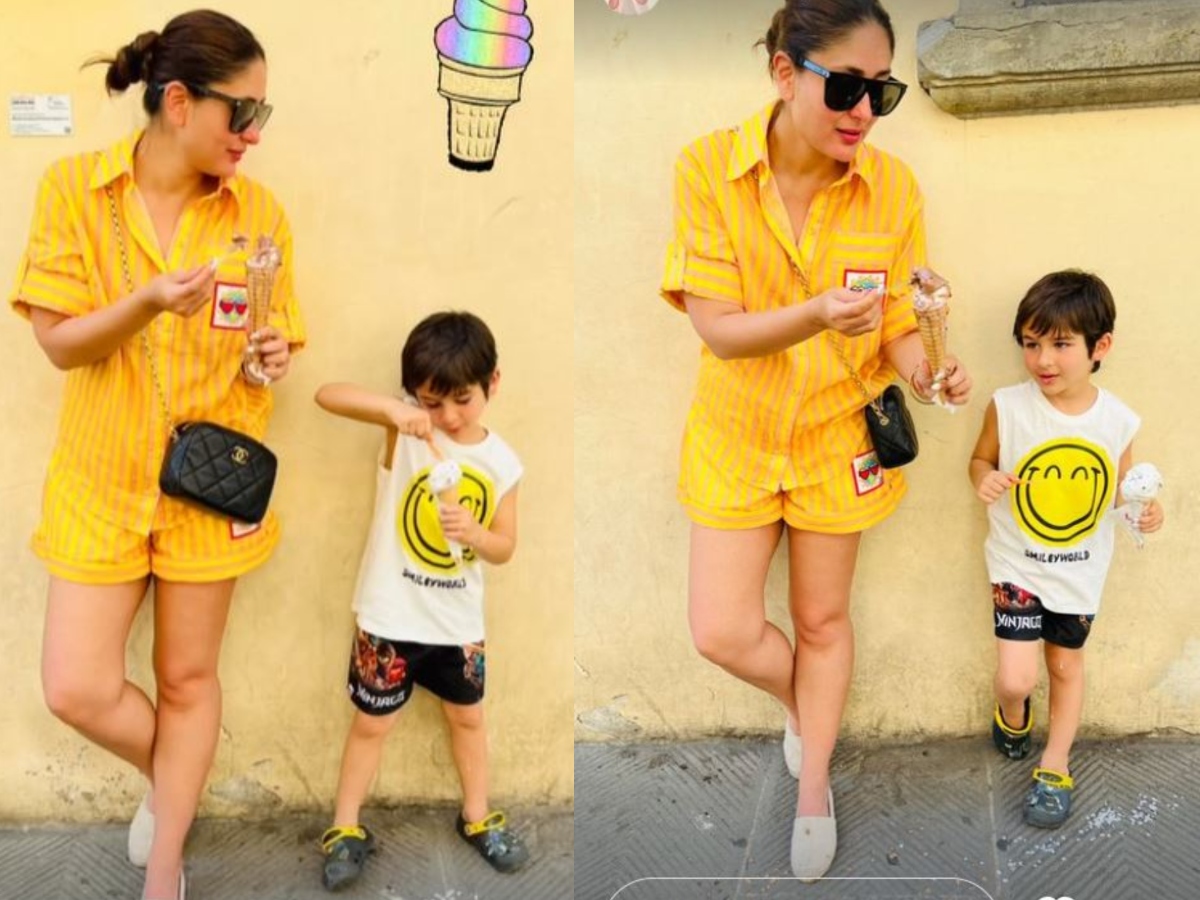 Mumbai: Bollywood Royalty Kareena Kapoor dropped many glimpses of herself and her older son Taimur Ali Khan posing for their “messy Gelato series.” Kareena shared pictures of her and Taimur holding ice cream cones on Instagram Stories on Saturday.

Kareena Kapoor was seen attempting to eat some of the ice creams while gazing at it in the first picture. As ice cream dribbles appeared on Taimur Ali Khan’s thigh and on the sidewalk, he spilt part of his dessert and looked down at his feet. Kareena posted the image on social media with the caption, “The messy Gelato series with Tim (laughing and heart eyes emojis).”

In the second image, Taimur was watching carefully as Kareena Kapoor demonstrated how to scoop ice cream off the cone. In the next image, Taimur mimicked his mother while Kareena grinned at him.

The final picture showed Taimur eating his ice cream off his cone while Kareena Kapoor struggled to control her smile. She embellished the post with a “wonderful” sticker. Kareena donned a yellow top, shorts, and sneakers in the images. She brought a backpack and added black shades. Taimur donned black shorts, a sleeveless T-shirt, and sneakers.

Taimur and Jehangir Ali Khan, as well as Kareena’s husband and fellow actor Saif Ali Khan, have been visiting the UK recently. In London, they have been catching up with friends and relatives. They have also travelled much around the nation.

Meanwhile, on the work front, Kareena Kapoor will next be seen in ‘Laal Singh Chadha’ opposite Aamir Khan. The film is slated to release on August 11. She also recently wrapped up shooting her OTT debut project helmed by Sujoy Ghosh. The film is based on the Japanese novel ‘The Devotion of Suspect X’, which also stars Jaideep Ahlawat and Vijay Varma in the lead roles.