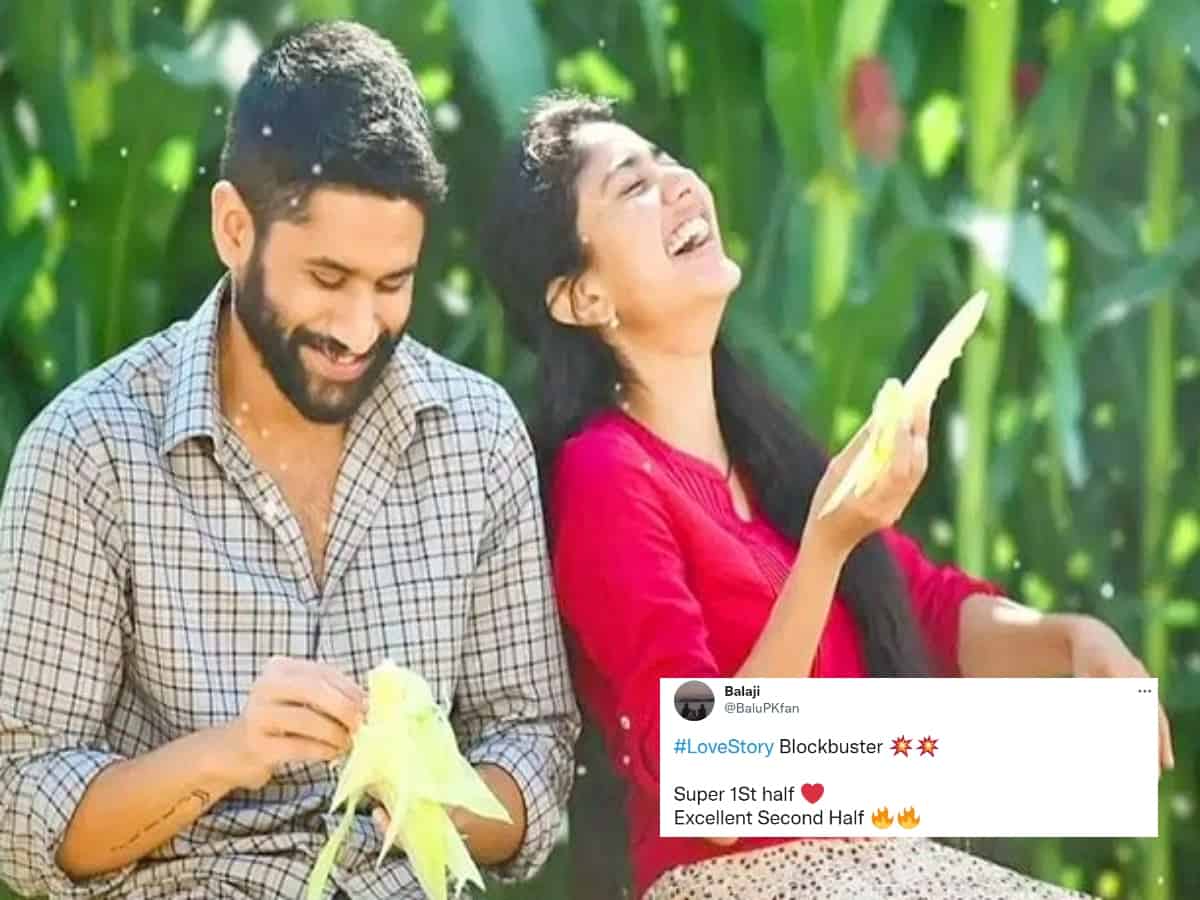 Hyderabad: Filmmaker Shekhar Kammula’s romantic entertainer, Love Story starring Akkineni Naga Chaitanya and Sai Pallavi has hit the screens on Friday, September 24. The story of how two creatively inclined people fall in love and the challenges they face to keep their love alive is what forms the crux of the Tollywood movie.

As the first shows in Telugu states got over, netizens took to Twitter to share their reviews on Love Story. Just one day since it release and fans have already proclaimed the flick as ‘blockbuster’.

With an interesting story-line, extraordinary dance moves, brilliant music and some fine acting, the movie was indeed described as the career-best performance of the actors by the movie-buffs. They also appreciated director Sekhar Kammula for dealing with important issues.