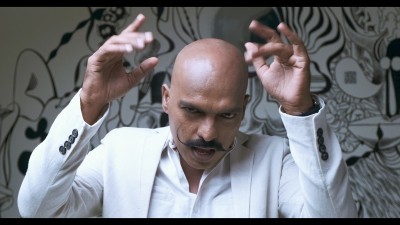 Mumbai, March 15 : Lyricist Prashant Ingole has come up with his YouTube channel with the purpose of exclusively promoting independent music.

Prashant created several Indie singles during lockdown last year, which inspired him to come up with a channel dedicated to independent music, together with his friend Ammul Goel.

According to Prashant, the quality of poetry in today’s Indie music is not that great but there are some amazing talents who dont get the correct platforms to showcase their work. With the current scenario of Indie music picking up in India, now is also the right time to launch something like this, he feels.

“Most of the Indie songs now flowing into the market hardly have any lyrical value attached. They just want to talk about alcohol, women and power. I feel music and lyrics channelise the emotions and mindset of people and we artistes need to guide and inspire them. I’m not saying don’t write about alcohol, parties and hips shaking but not in every song and every line. That is the motto behind my channel, Indi Pendent Music,” Prashant said.

“We will be creating songs with poetry and music and not only about nudity and alcohol. I thank my friend Ammul Goel who has a similar vision and we want to bring a revolution to our young mindsets with songs that will add value to their madness,” he added.

The lyricist feels it’s not so easy to penetrate into the music scene in India and it took him a lot of struggle to make his presence felt in Bollywood.

Prashant said: “It’s tough to crack the music scene in India even after writing songs like ‘Party on my mind’, ‘Ziddi dil’, ‘Malhari’ and ‘Pal’. Our Industry needs people who nod their heads and say yes to everything the superior says. I can’t do that. I am an artiste who struggled from scratch to penetrate into Bollywood independently, which took 10 years for the first song to release. However the music scene has been nosediving now with a few songs and remixes lately.”

Quizzed how he will start creating content for his channel, the lyricist informed: “Right now me and my friend Ammul Goel are concentrating on creating a bunch full of songs with good lyrics and melodies. Once we have 10 songs released, from the 11th song onwards we have planned to launch one singer every month.”

Prashant also announced that he will not make artistes sign crazy contracts for his channel.

“There are many artistes around but there are very few who are pioneers who think of creating out of the box. For those artistes our channel will be supporting for sure, without binding them with crazy contracts,” he said.