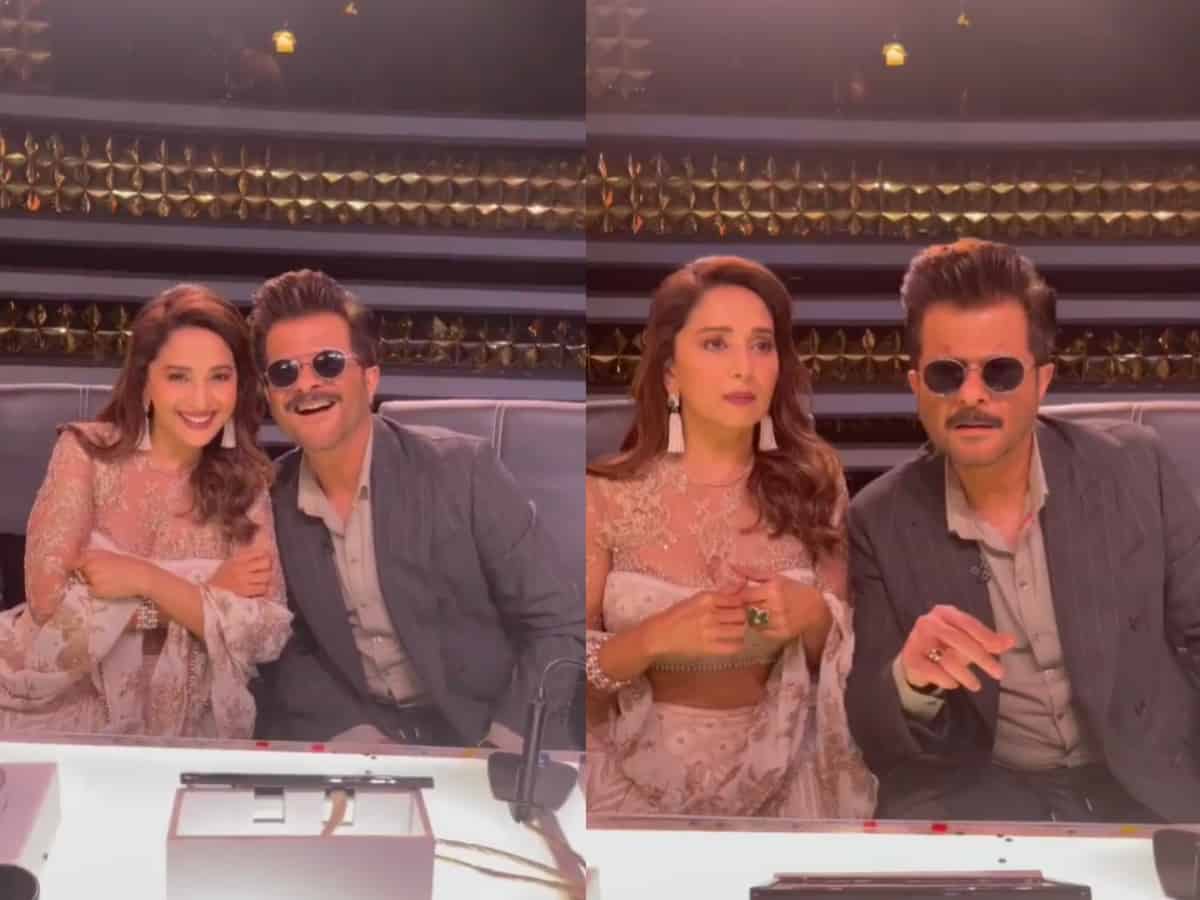 New Delhi: Bollywood evergreen stars and one of the most popular onscreen couple of the 90s, Madhuri Dixit and Anil Kapoor on Friday treated fans with a special video of them grooving to the famous ‘Jai Jai Shiv Shankar’ song on the sets of ‘Dance Deewane 3’.

Madhuri Dixit took to Instagram and shared a fun video as she recreated the retro magic with Anil between a shot.

In the video, the ‘Beta’ actors looked stunning as always. Anil is seen wearing black formals and a grey shirt underneath his blazer. He accessorized his dashing look with black goggles.

On the other hand, Madhuri Dixit looked drop-dead gorgeous in a white coloured lehenga set that she donned with matching jewellery.

Both the actors gracefully performed the dancing steps of the iconic song ‘Jai Jai Shiv Shankar’ from the 1974 movie ‘Apki Kasam’ that featured late legendary star Rajesh Khanna, Mumtaz and Sanjeev Kapoor in leading roles. The song was crooned by Kishore Kumar and Lata Mangeshkar.

In the caption, Madhuri wrote, “Retro vibe” and added a wink emoticon.

Within hours of posting the video clip, scores of the star’s fans chimed into the comments section and left heart and fire stuck emoticons for the legends.

On a related note, Anil Kapoor would be seen appearing as a celebrity guest on the dance show ‘Dance Deewane 3’ for the upcoming episode this weekend.