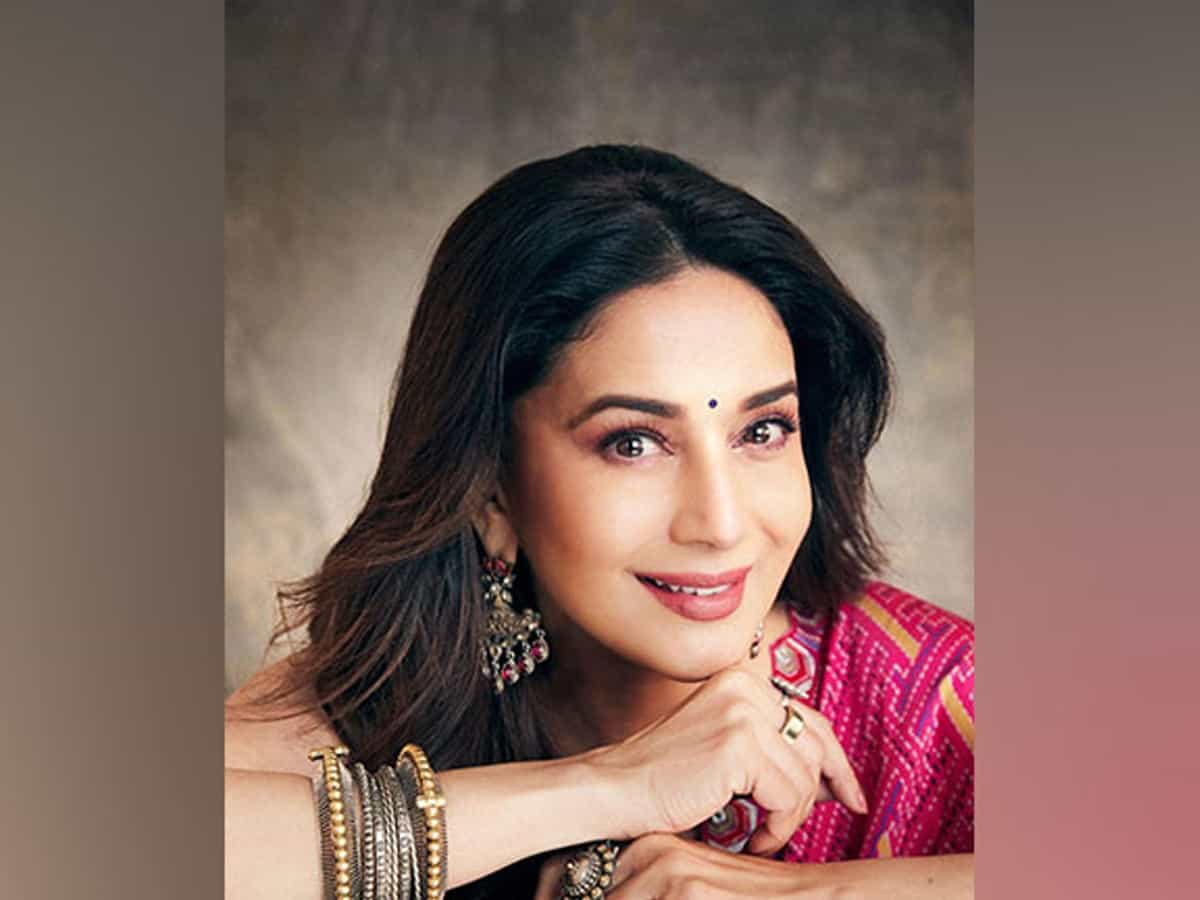 Alongside pictures, she wrote, “Saree = emotion.”

In the first picture, Madhuri struck a pose by keeping one hand near her hair while looking away from the camera. She was dressed in a beautiful printed pink saree.

The second picture gives the look of her full outfit with antique stuff in the background.

The third image gave a close-up look at the 55-year-old actor’s on-fleek make-up. She accessorized her attire with matching earrings, some broad bangles, and a bindi, which unleashed her desi avatar. Madhuri kept her hair loose, which accentuated her look further.

All smiles in the picture.

As soon as the picture was posted, the actor’s fans and followers flooded the comment section,
One of the users wrote, “BEAUTYYY.”

Fans garnered the post with heart and fire emojis.

Madhuri, who has gifted us several evergreen dance numbers over the years, is back with another new track titled ‘Boom Padi’ from her upcoming film ‘Maja Ma’.

The festive garba track is crooned by Shreya Ghoshal and Osman Mir, composed by Souumil Shringarpure and Siddharth Mahadevan, written by Priya Saraiya and choreographed by Kruti Mahesh.

Directed by Anand Tiwari and written by Sumit Batheja, ‘Maja Ma’ is touted as a “family entertainer, set against the celebratory backdrop of a traditional festival and a quintessential, colourful Indian wedding”.