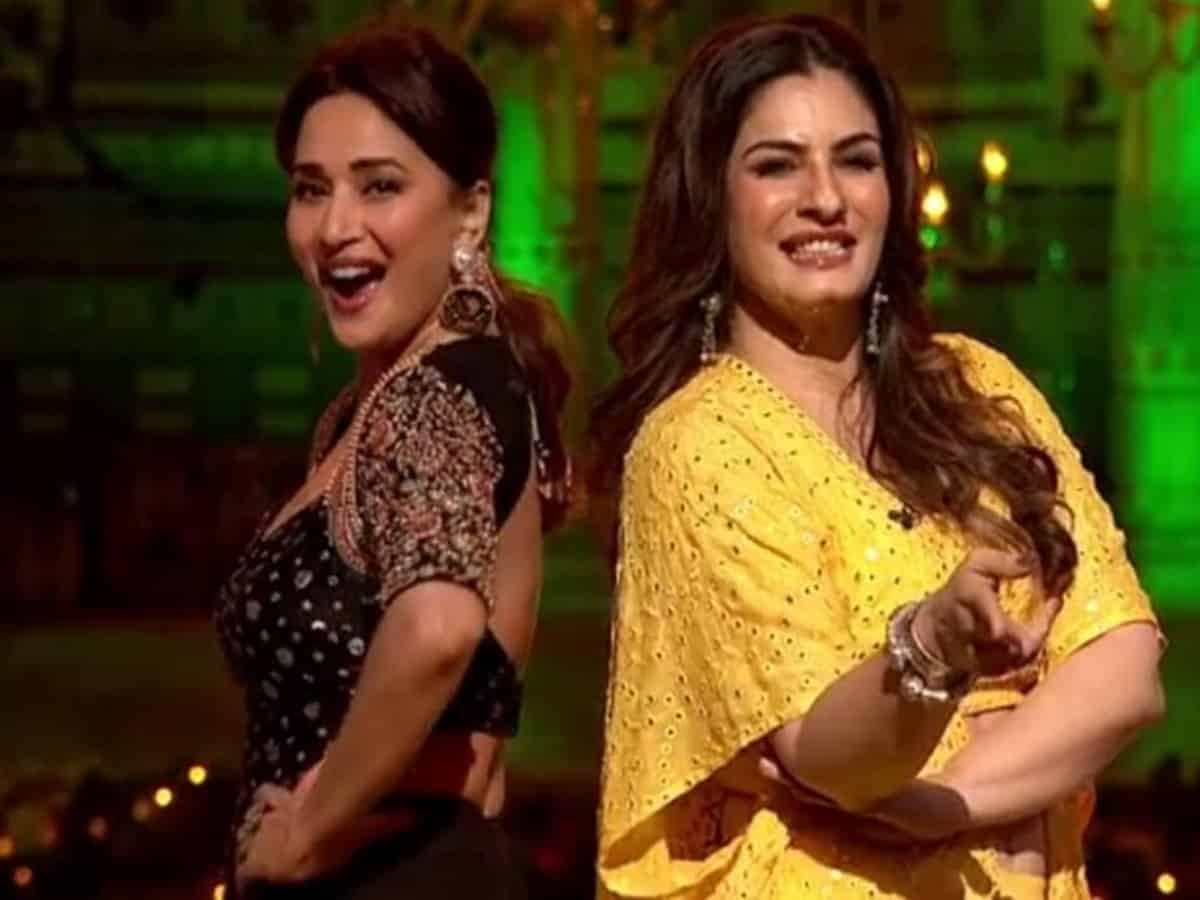 Taking to her Instagram story, Madhuri shared a throwback picture featuring herself with Raveena from the sets of her dance reality show ‘Dance Deewane’.

The two evergreen divas of Bollywood have worked together in the movie ‘Bade Miyan Chote Miyan’.

Madhuri Dixit made a special appearance in the film in the hit music video for ‘Mere Pyaar Kaa Ras Zara Chakhna O Makhna’. Ramya Krishnan and Anupam Kher also appeared for pivotal roles in the movie.

Meanwhile, on the work front, Raveena is gearing up for the release of her digital debut ‘Aranyak’ and ‘K.G.F Chapter 2’.