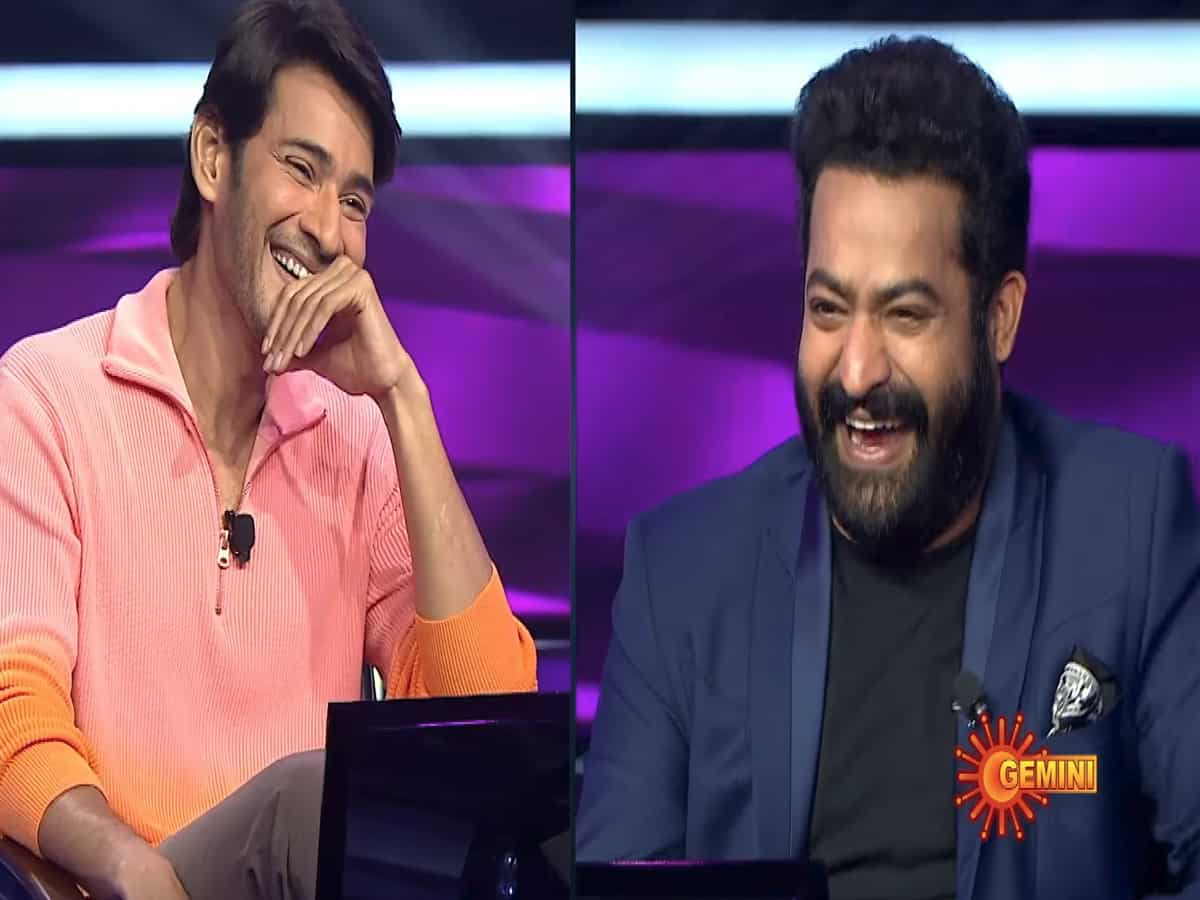 With decent TRP ratings for the show, it has garnered praise from the Telugu television audience.

Celebrities like Ram Charan, Samantha, Devi Sri Prasad, Thaman, and others had taken part in the game show, so as to boost the existing hype around the show. Now Telugu star Mahesh Babu also entertains the Television audience.

Mahesh Babu, who participated in the Telugu adaptation of the quiz show ‘Kaun Banega Crorepati’, was spotted sharing some memorable moments with his dear friend and host Jr NTR.

The makers of ‘Evaru Meelo Koteeswarulu’ unleashed a special poster featuring Telugu’s top heroes Mahesh Babu and NTR hugging each other. Apart from sharing some special moments on the show with NTR, Mahesh Babu has apparently promoted his upcoming commercial drama ‘Sarkaru Vaari Paata’ on the show.

It is reported that Mahesh Babu, who participated in the quiz on the show, has won Rs 25 lakh, after which he ended up leaving the show with fond memories.

Apart from the show, Mahesh Babu and NTR are good friends, who share a special rapport. Earlier during a movie event, Mahesh Babu called out the mutual fans and suggested that fan wars never affected the duo’s relationship.