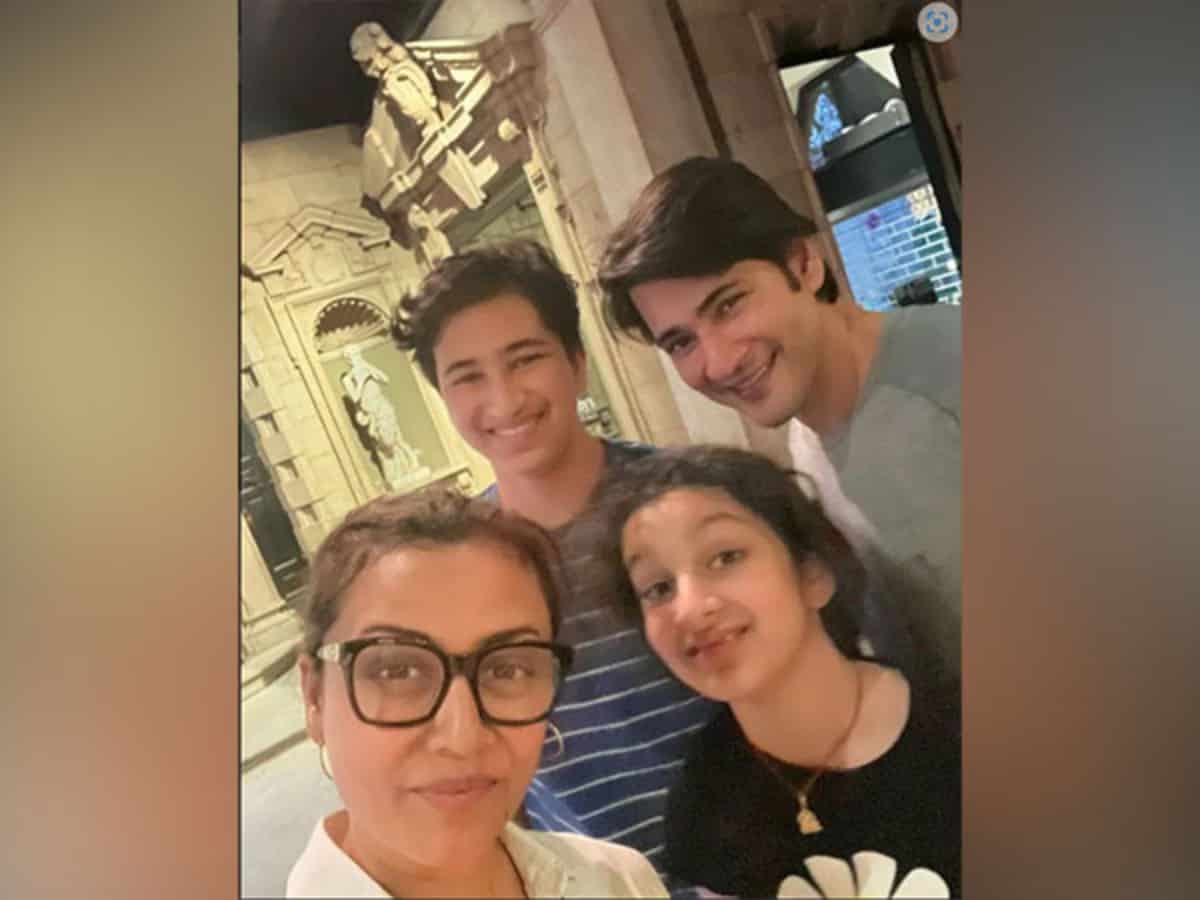 Mumbai: Tollywood star Mahesh Babu is ‘making memories’ on his Europe holiday with his wife Namrata Shirodkar and kids, Sitara and Gautham Ghattamaneni.

On Thursday, the 46-year-old star took to his Instagram handle and shared a streak of ‘goofy’ glimpses from his Italy trip. “In the here and now! Making memories.. one day at a time! #MyTribe”, he wrote in the caption.

In the selfie pictures, Namrata is clicking the selfie as she kept a straight face for the camera.

On the other hand, Mahesh and his kids could be spotted pulling funny expressions for the camera for the family selfie series.

Prior to this post, the ‘Sarkaru Vaari Paata’ star visited Germany and Switzerland and posted a picture with his wife and kids while he was on a road trip to Italy, “Germany-Switzerland-Italy. Road trip it is. Next stop Italy. Lunch with the crazies” he wrote in the caption of the selfie he posted right after his lunch date with his family.

Mahesh Babu was last seen in the hit Telegu film ‘Sarkaru Vaari Paata’. The movie also starred Keerthy Suresh and was directed by Parasuram Petla. It was released in theatres on May 12.

After the success of his recent film ‘Sarkaru Vaari Paata’, Mahesh Babu will soon be seen sharing the big screen with Pooja Hedge in a Sukumar’s directorial.