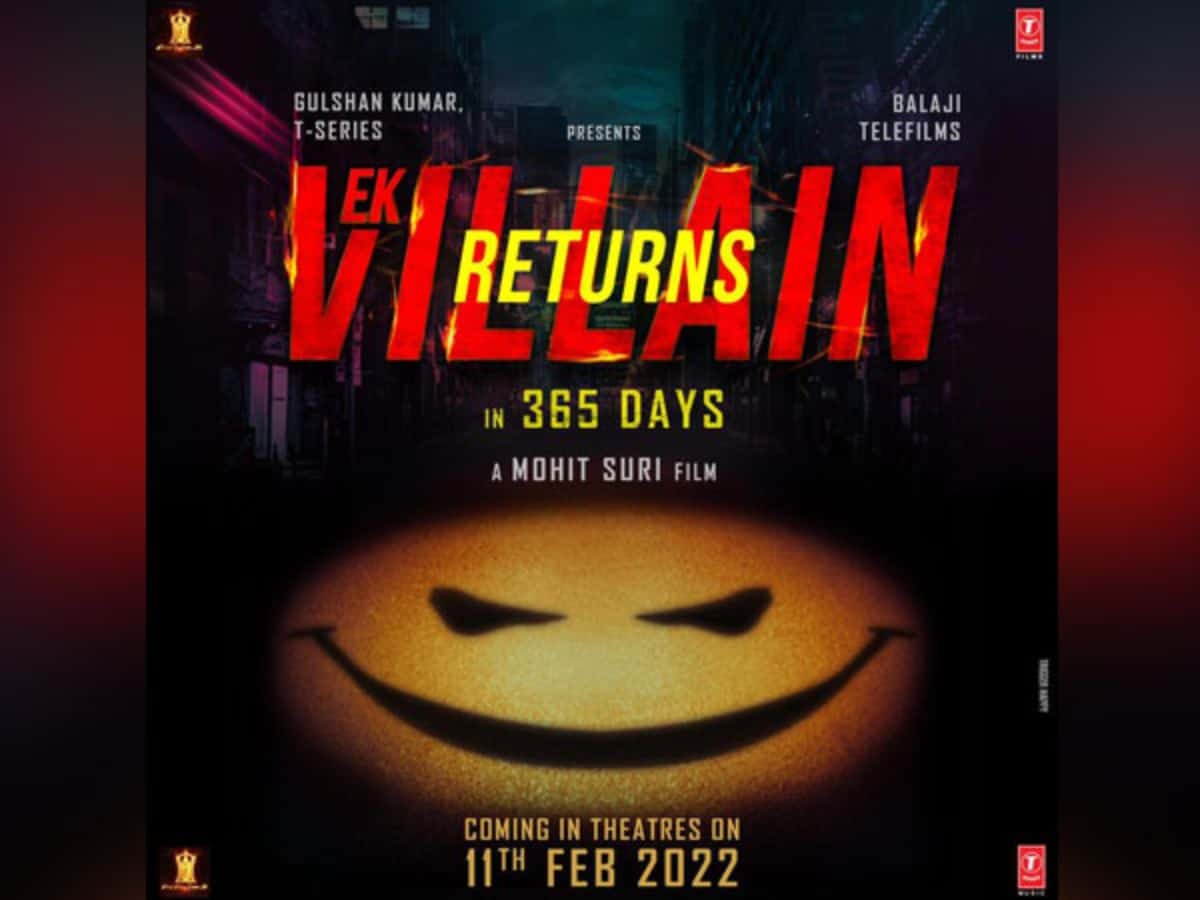 Mumbai: Bollywood stars John Abraham, Arjun Kapoor, Disha Patani and Tara Sutaria have been roped in for the sequel of the 2014 action-drama ‘Ek Villain’.

The second installment of the franchise has been titled ‘Ek Villain’ returns.
Film critic and movie trade analyst Taran Adarsh took to Twitter on Thursday and confirmed the making of the sequel. The movie will be released in theatres on February 11, 2022.

Post the announcement, John, Tara, Arjun and Disha took to their Instagram handles and expressed their excitement about the project.

Earlier last year, media reports suggested that Aditya Roy Kapoor was paired opposite Tara Sutaria for ‘Ek Villain Returns’, however, now the ‘Ashiqui 2’ star has been replaced by the ‘Ishaqzaade’ actor Arjun Kapoor.

Directed by Mohit Suri, the film’s first installment was released in 2014.
It follows (Sidharth Malhotra) Guru, a gangster whose life changes after he falls in love with (Shraddha Kapoor) Aisha and decides to mend his ways. When Aisha is murdered by a serial killer (Riteish Deshmukh), Guru begins to search for the murderer to seek revenge.