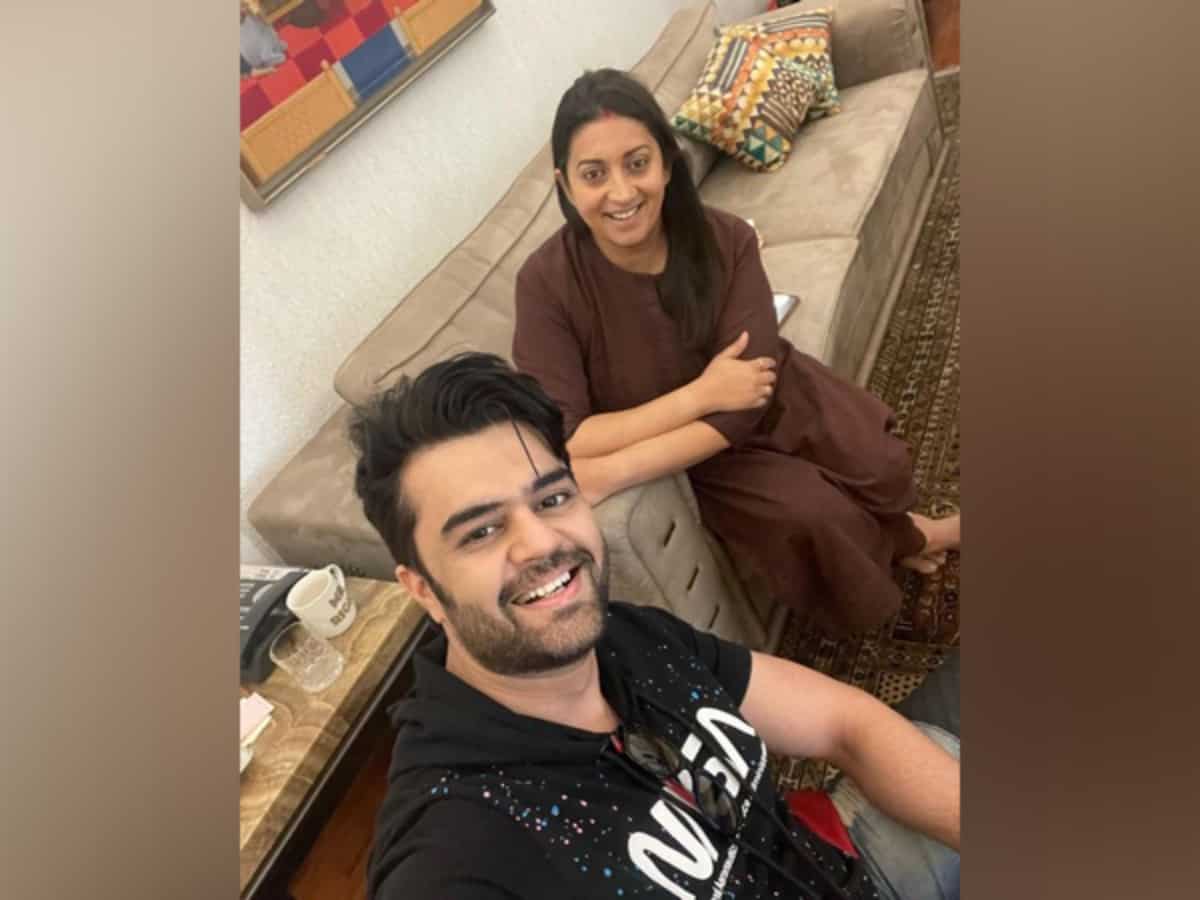 He took to his Instagram handle and shared the pictures from his visit, joking about how Kaadha has now replaced the traditional welcoming beverage, tea.

In the caption he wrote, “Thanks for a cup of lovely KAADHA @smritiiraniofficial ma’am….kya time aa gaya hai…chai ki jagah sab KAADHA peeney lage hain!! but thanks for having me over and being warm as always…P.S: mask was taken off just for the pic…love you all…Spread love.’

In his photos from the visit, Smriti could be seen in a brown salwar kameez while Maniesh sported a black t-shirt and denim.

Maniesh loves to share tid-bits from his personal and professional life on social media. On Tuesday, he had shared a set of photos with his son, Yuvann, who turned five.

He also recently launched a podcast, presenting heartfelt conversations with people from different walks of life, unfolding the varied facades of the pandemic. Maniesh even penned two heartwarming poems to depict the emotions engulfing the nation amidst the second wave of Covid-19.

Maniesh has an interesting lineup of projects which includes his upcoming film ‘Jug Jugg Jeeyo’ produced by Karan Johar under the banner of Dharma Productions.