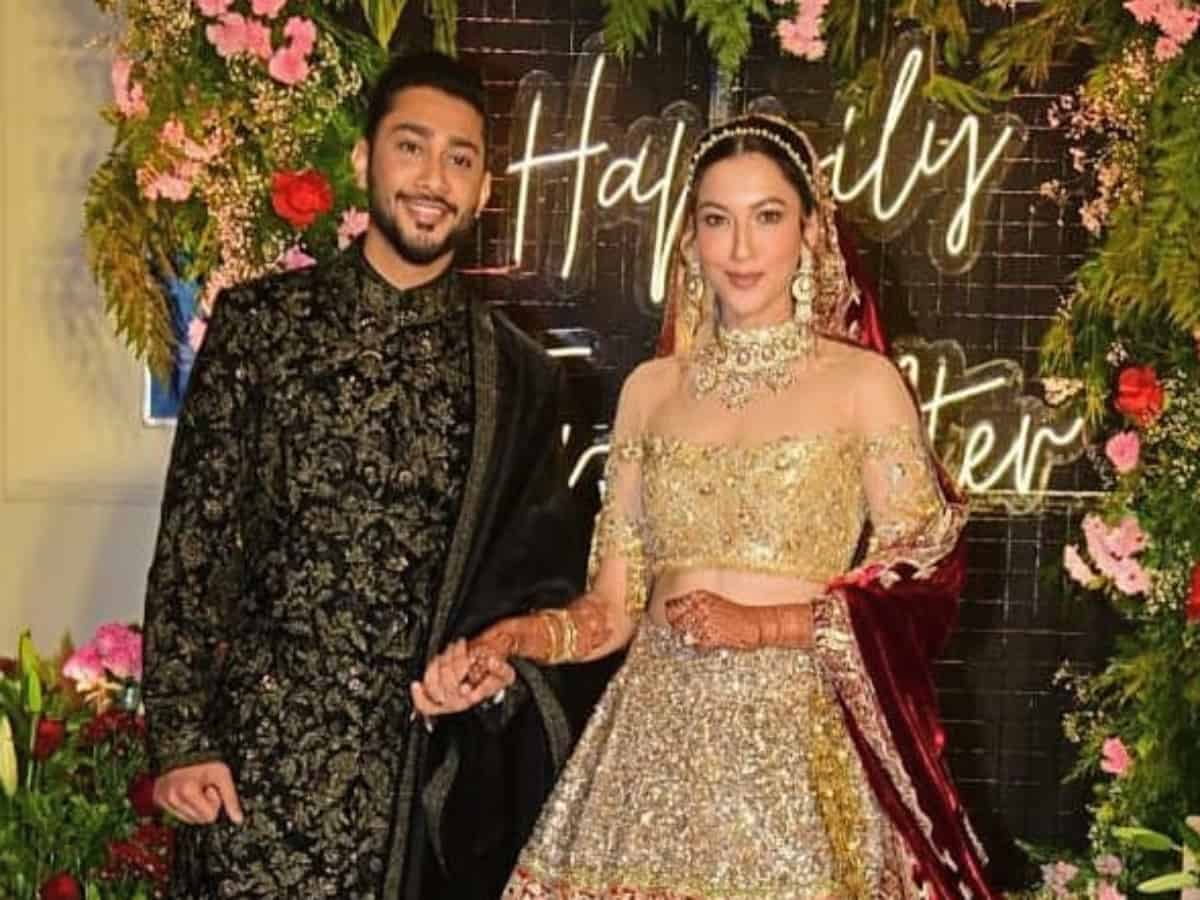 Mumbai: The gorgeous Television actress Gauahar Khan finally said ‘qubool hai’ to her long time beau and choreographer Zaid Darbar on Friday, December 25. The couple entered into wedlock in a low-key ‘Nikaah’ which was attended by their family and close friends only.

Gauahar Khan, who wore traditional kurta-shararas for her wedding and mehendi, chose a bold gold and maroon Manish Malhotra lehenga for the reception. Zaid complemented her in a black and gold sherwani paired with a matching shawl.

The couple opted for ivory-coloured outfits for their nikaah ceremony. While she wore a heavily embroidered sharara suit, he complemented her in a matching sherwani.

The couple took to Instagram to share pictures from the wedding and wrote, “QUBOOL HAI. @zaid_darbar,” along with a heart emoji. She added their wedding hashtag – #GaZabKaHaiDin – along with several others like ‘GaZa’ (an amalgamation of their names), ‘wedding’, ‘love’, ‘family’ and ‘togetherness’.

Gauahar and Zaid kicked off their wedding festivities with a haldi ceremony, also known as Chiksa last week which was followed by a mehendi ceremony.

Gauahar Khan and Zaid had denied their linkup rumours for the longest time and confirmed their relationship just weeks before the wedding day. The couple took to her social media to make this ‘happy announcement’ in the most special way

Although speculations were already rife about the same when the former entered the Bigg Boss 14 house as a challenger, the news was confirmed much later.

Gauahar Khan has worked in numerous films like Rocket Singh: Salesman of the Year, Begum Jaan and dancer numbers in many popular films. Zaid Darbar is a popular choreographer, vlogger and social media influencer.