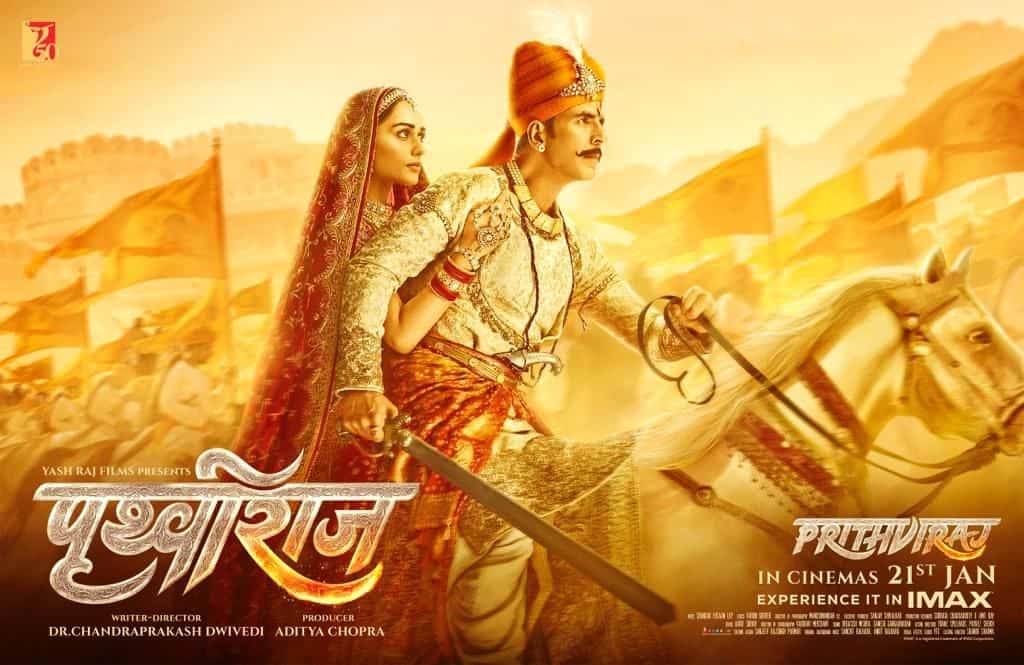 The film based on the life and valour of the fearless and mighty Rajput king Prithviraj Chauhan stars Akshay Kumar in the titular role alongside Miss World 2017 Manushi Chhillar as Princess Sanyogita. The actress is over the moon as she gears up for her debut with one of India’s premier studios.

The debutante expressed her gratitude as she said, “I’m eternally grateful to YRF and my director Dr Chandraprakash Dwivedi for not only believing in me but also for making me believe that I could play the role of the legendary princess Sanyogita. I couldn’t have asked for a bigger debut and I’m deeply honoured that I could play her on screen.”

Talking about her character, Manushi says, “Her life, her values, her resilience, her courage, her honour is what legends are made of and I’m so fortunate that I got to know so much about her in the process of prepping and portraying princess Sanyogita on screen. I hope I have done justice to her and what she stood for. I’m excited for everyone to see her story.”

Akshay Kumar on ‘Prithviraj’: Our tribute to his heroism and his life

“I have given my heart, soul and tears to this film and I hope that people will like my effort in playing such an iconic real life legend on the big screen. I’m immensely grateful that I had Akshay sir as a pillar of support to me all through the shoot. His work ethic, his dedication to the craft is an inspiration to me,” she adds.

The actress concludes on a positive and hopeful note, as she says, “I’m extremely positive about ‘Prithviraj’ and I know that it will entertain audiences worldwide with a story of iconic love, legendary valour and unflinching courage. I hope I can make my family proud with my work and I’m looking forward to their reaction when they get to see my film.”

Produced by Yash Raj Films, ‘Prithviraj’ tells the story of the legendary warrior, who fought valiantly against the merciless invader Muhammad of Ghor. The film directed by Chandraprakash Dwivedi also stars Sanjay Dutt and Sonu Sood and will be released worldwide on January 21, 2022.