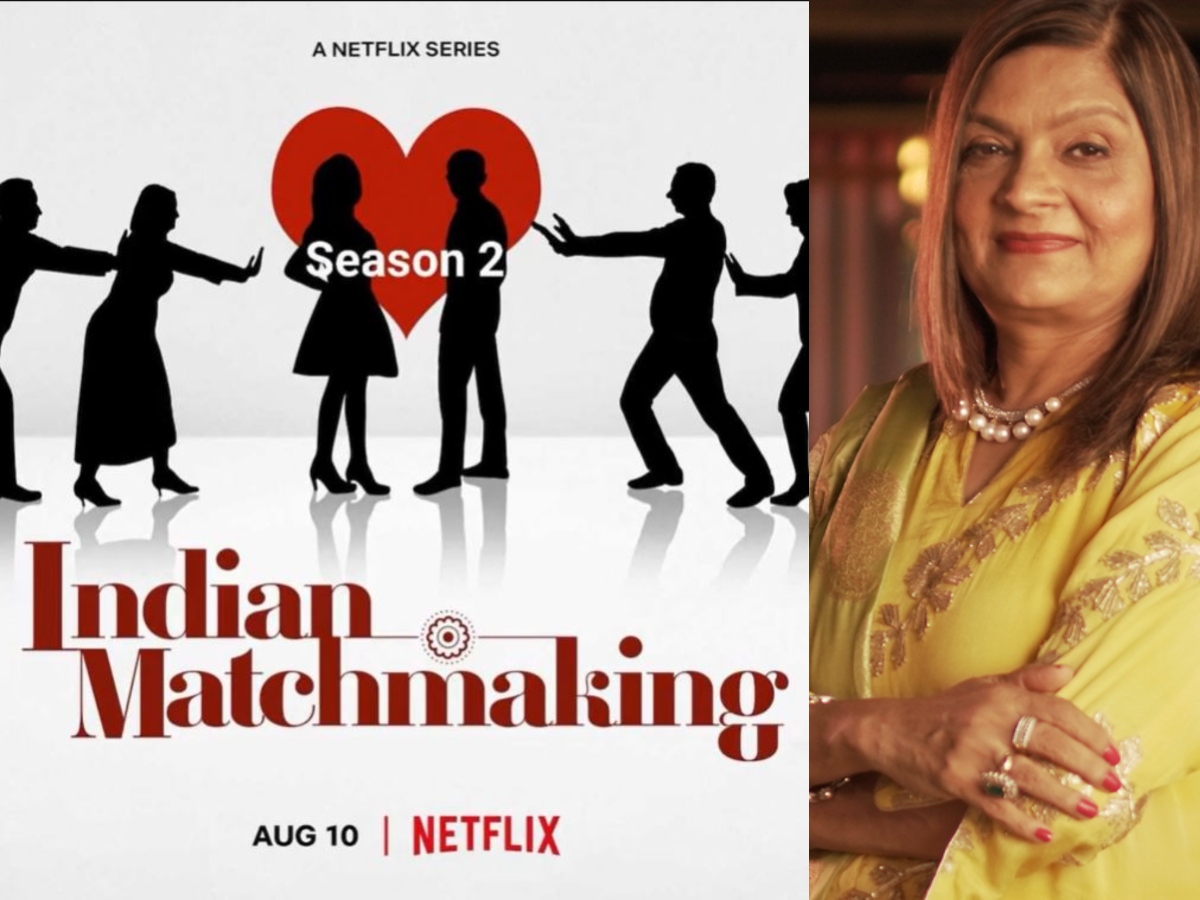 Mumbai: ‘Matchmaking’ season is back as popular matchmaker Sima Taparia has announced the renewal of the second season of streaming platform Netflix‘s ‘Indian Matchmaking’.
“Matchmaking is my passion, and it’s a joy to share my work with audiences around the world for giving me a lot of love and respect. Sima from Mumbai is back!” captioned Sima on Instagram.

The social media post shared by Sima revealed that the much-anticipated second season of the matchmaking show will hit the streaming platform on August 10 this year.
Sima Taparia, who rose to fame with the series’ first season, will return to help people find their perfect matches.

‘Indian Matchmaking’ sparked many controversies after its debut. Meanwhile, Sima secured a nomination at the 73rd Emmy Awards under the ‘Outstanding Unstructured Reality Program’ category.
The Netflix show’s first season offered an inside look at the custom of matchmaking in Indian cultures through a contemporary lens.
The 8-episode series based on arrange marriages had a huge ensemble of interesting personalities, starting with Sima. The famous line from the show, “Hello, I am Sima Taparia from Mumbai,” had gone viral on social media ever since the show had released.
While some people found the show a little regressive, it shed light on the bitter reality which is quite prevalent across India. It is hard to believe that the reality series was not designed as a comedy, with the awkward pauses, choice of music and some of the dialogues that might leave you in splits.
The idea of matching ‘kundlis,’ finding a girl who has ‘fair skin’ and a ‘good height’ or is ‘flexible’ in nature, and the matchmaker’s famous advice – ‘you will have to compromise’, makes up for most of the show.
The series is produced by Industrial Media’s The Intellectual Property Corporation (IPC), LLC. Executive producers are Aaron Saidman, Eli Holzman, Smriti Mundhra, and J.C. Begley, as per Variety.
The rest of the details regarding the second season of ‘Indian Matchmaking’ have been kept under wraps.