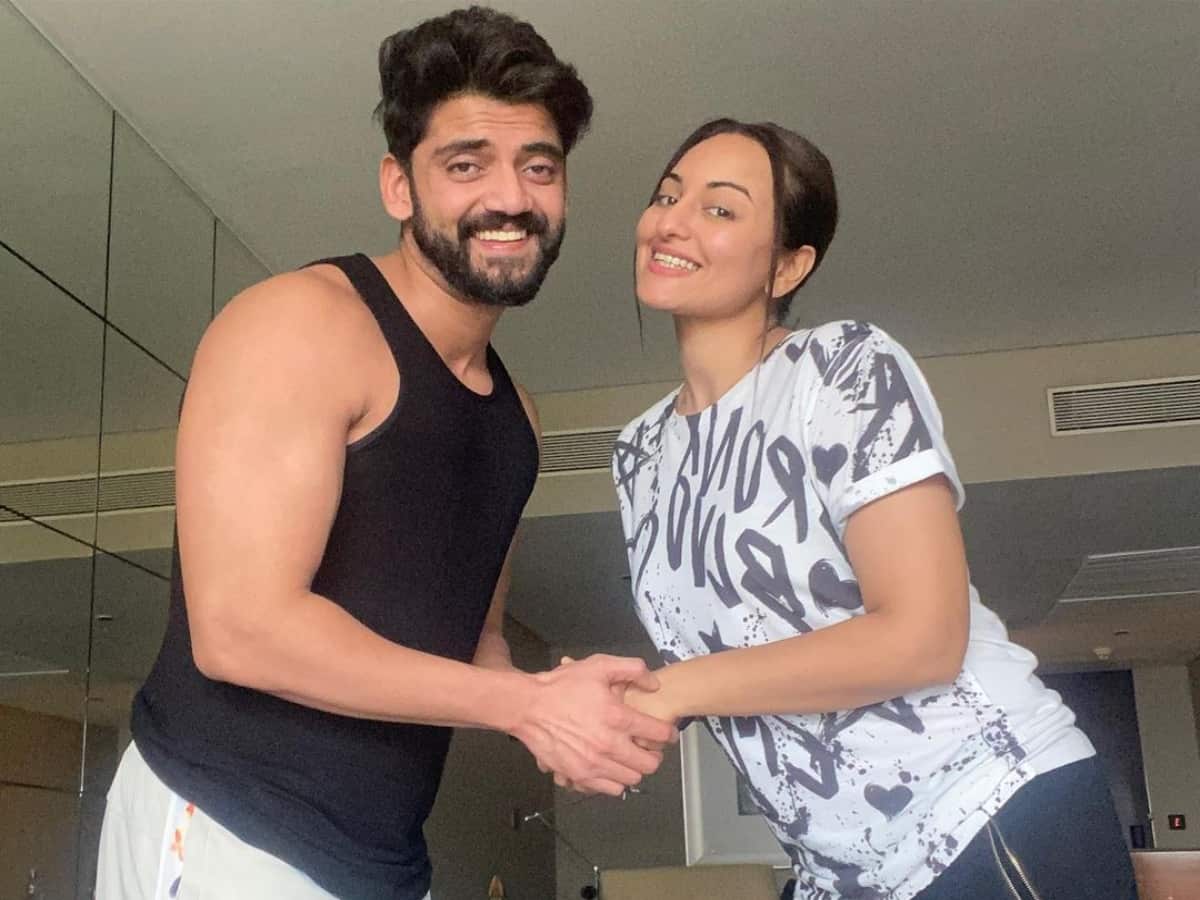 Mumbai: Bollywood actors Zaheer Iqbal and Sonakshi Sinha have been in the news for a long time now due to the rumours about them being together. Though the duo has remained mum about their bond, social media has been smart enough to decode what’s brewing between the two. Fans have been waiting for their favourite couple to make their relationship official soon.

On Monday, Sonakshi left everyone surprised with her Instagram post where she flaunted her finger ring and posed with a mystery man. Her caption too was something which grabbed eyeballs. It read: “BIG day for me!!! One of my biggest dreams is coming truuuue… and I can’t wait to share it with YOUUUU. Can’t believe it was SO EZI!!!! ”. Many thought she got engaged to her rumoured beau Zaheer.

Even though nothing has been confirmed yet so far, Sona’s fans are curious to know more about Zaheer, from his journey in industry to family background.

If you are one among them, then you are at the right place. We bring you all the information related to the actor, Zaheer Iqbal, from his personal life to professional life.

Born as Zaheer Rastani Iqbal, the actor comes from a family of jewellers. His father, Iqbal Rastani, is jeweller and is connected by childhood friend – superstar Salman Khan. His sister, Sanam Ratansi, is a celebrity stylist.

He was rumoured to have an affair with actresses Deeksha Seth and Sana Saeed. Currently, he is rumoured to be dating Sonakshi.

Zaheer forayed in film industry as an assistant director in movie Jai ho (2014). His debut as an actor was in Notebook (2019), produced by Salman Khan.

Speaking about his upcoming projects, Zaheer Iqbal will be next seen in Double XL, with Sonakshi Sinha and Huma Qureshi. And he also expected to be in superstar Salman Khan’s movie, Kabhi Eid Kabhi Diwali which has Pooja Hegde in female lead.