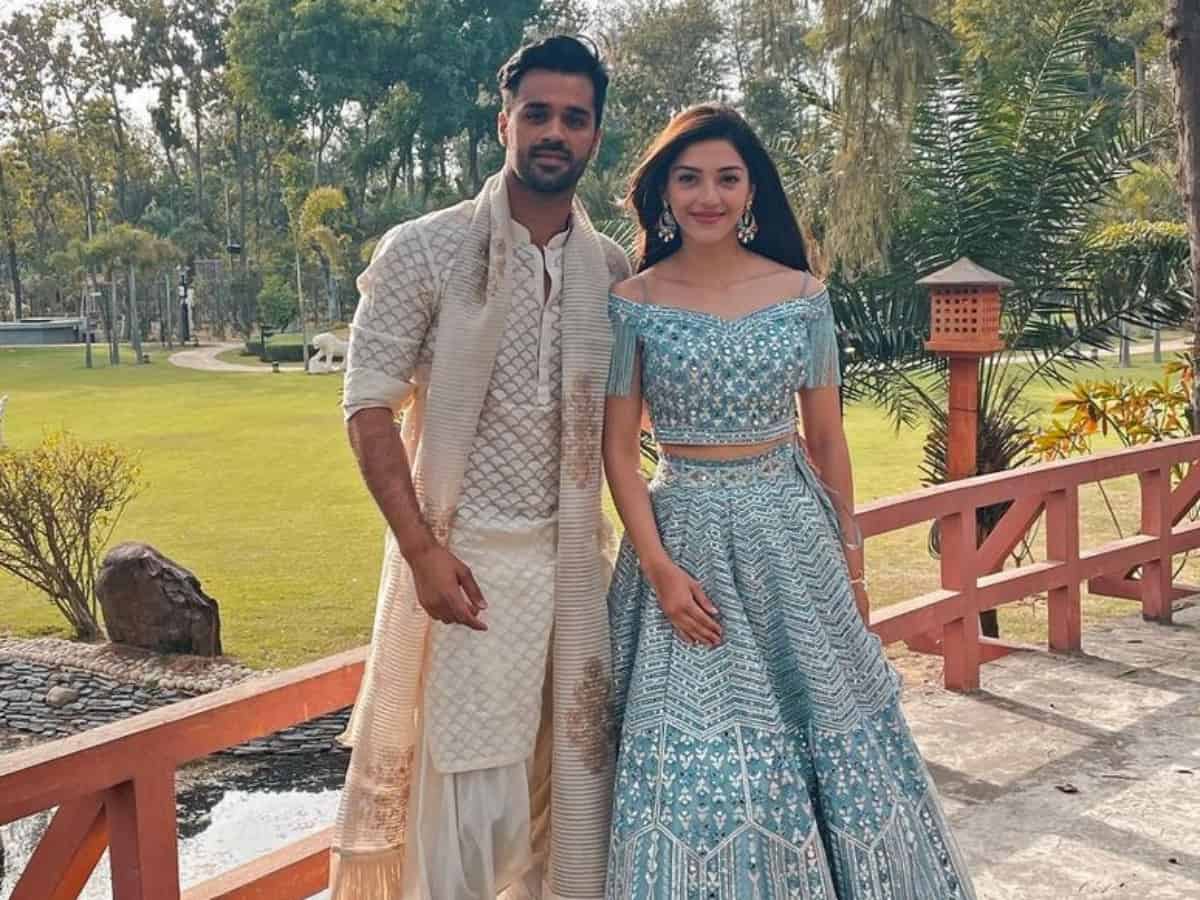 Hyderabad: Popular south actress Mehreen Pirzadaa and Haryana Congress leader Bhavya Bishnoi exchanged rings morning at Alila fort in Jaipur on Friday. Mehreen took to her Instagram and shared a picture of herself with her fiance which was captioned, “And the fairytale begins.”

The couple who were involved in several themed couple photoshoots on Thursday night, got hitched in the presence of family and close friends.

Pammi, Mehreen’s mother spoke to Hyderabad Times about her daughter’s big day and said, “It’s an exciting day and we’re all so happy for Mehreen. I’ve been busy with the preparations so there has not been much time to take it all in. I wish them both a lifetime of happiness.”

Pictures and more glimpses from Mehreen’s engagement are awaited.

Who is Bhavya Bishnoi?

Bhavya Bishnoi is a Congress leader, who is also the grandson of former Haryana Chief Minister Bhajan Lal. He is the son of Kuldeep Bishnoi, Renuka Bishnoi. Bhavya had contested the last Lok Sabha elections from Hisar constituency as Congress candidate.

Revealing about her relationship and marriage last month, Mehreen Pirzadaa told the newsportal that she is very excited to begin the next chapter of her life with Bhavya Bishnoi. “Yes, I’m getting engaged next month. I’m in a very happy space right now. It’s going to be a private ceremony and I’m excited about it,”

Mehreen Pirzadaa is a well-known actress in the south industry who made her debut in Tamil cinema with Nenjil Thunivirundhaal and went on to sign Dhanush’s Pattaas, which minted pretty good numbers at the box office. She is currently working on her upcoming Telugu film, F3: The fun and frustration which features Varun Tej and Tamnnaah in the lead roles.

She made her Bollywood debut with Anushka Sharma starrer Phillauri.