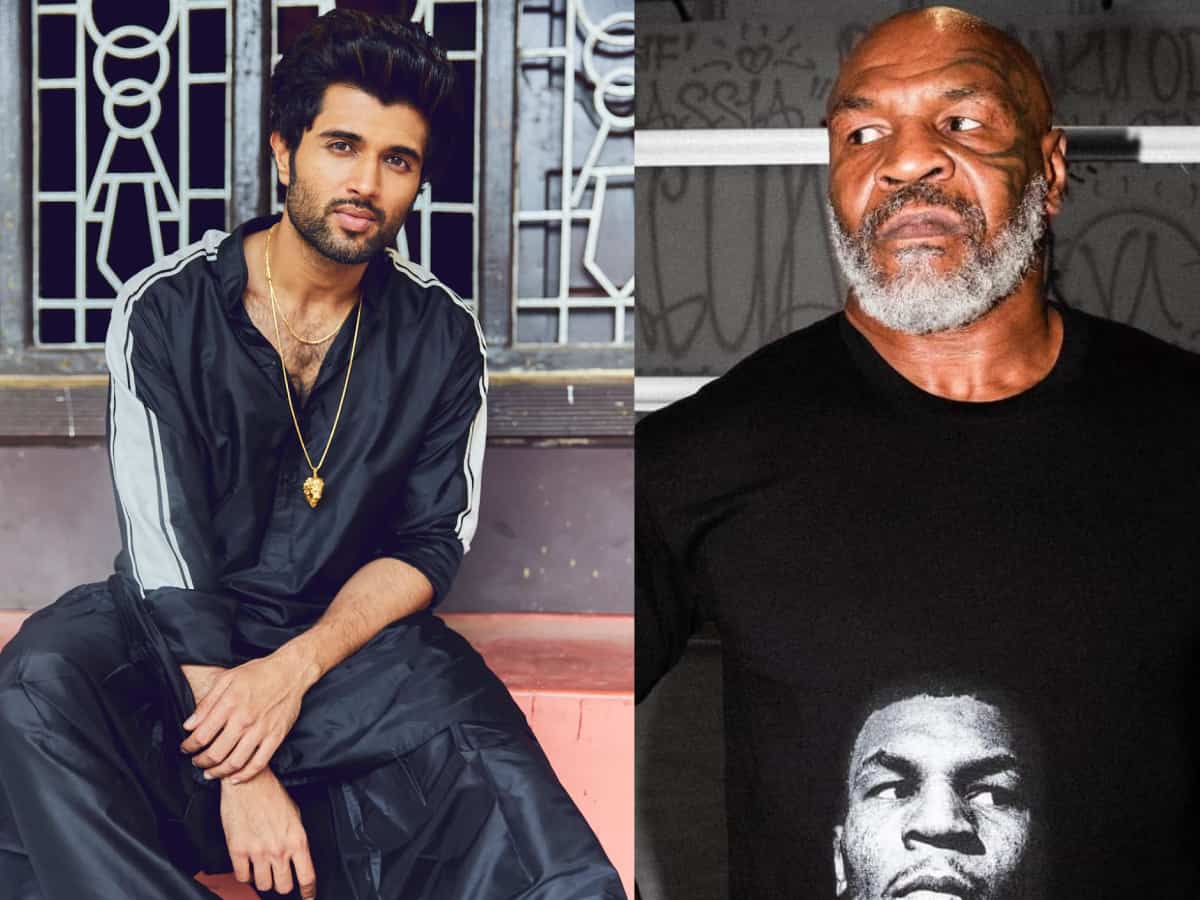 Mumbai: Actor Vijay Deverakonda has said that he had a migraine for one whole day after he was punched by boxing legend Mike Tyson, who is making his acting debut in Hindi films, during the rehearsal for ‘Liger’.

During an interview with Bollywood Life, Vijay and Ananya Panday talked about their camaraderie with Tyson.

Ananya recounted one of the incidents and said: “unhone mere kandhe par sirf haath rakha tha (He only kept his arm on my shoulder) and I was like, I swear I fell because his hand was so heavy. I was scared earlier, but he was very sweet. I would like to believe that we are friends.”

Talking about the incident when Tyson punched him by mistake, Vijay said: “Jab subah main set par aaya, toh production ne bola Tiger sir ke shoes nahi mil rahe hai kyuki unke foot ka size 14 hai (When I reached the set, production team told me that they couldn’t find shoes for Tiger sir as his feet size is 14). I have a big feet and mera size 10 hai. When he came to set and said hi, his wrist size was also big.”

He added, “I was worried when I saw his hands, his foot and his neck. When he punched me by mistake during rehearsals, I had a migraine for the whole day. I didn’t get knocked out, but body wanted to fall down.”