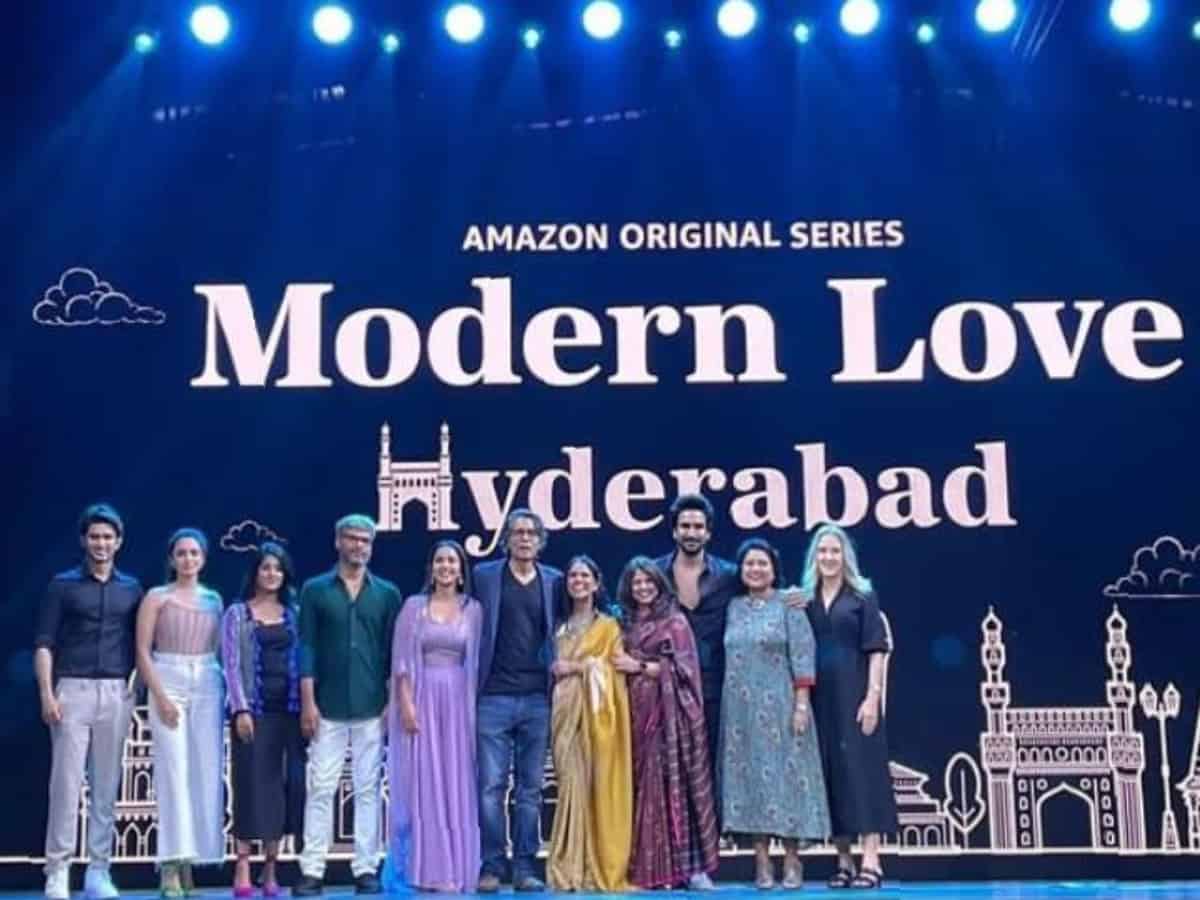 Mumbai: Streaming service Prime Video on Wednesday announced that the Telugu version of its “Modern Love” anthology series will premiere on July 8. Earlier this year, the streamer had announced three local adaptations of its international series “Modern Love”, based on The New York Times’ eponymous column.

The filmmaker, best known for films such as Iqbal and Dor, has also helmed two other films in the anthology — Fuzzy Purple and Full of Thorns, starring Aadhi Pinisetty and Ritu Varma, and Why Did She Leave Me There ? with Suhasini Maniratnam and Naresh Agastya. Gurrala has directed What Clown Wrote This Script, which features Abijeet Duddala and Malavika Nair.

About That Rustle in the Bushes is directed by Bahudhanam and stars Ulka Gupta and Naresh. Maha is the director behind Finding Your Penguin, starring Komalee Prasad. Aparna Purohit, head of India Originals at Amazon Prime Video, said the streaming platform is excited to bring forth the second Indian edition in the international franchise after the success of Modern Love Mumbai.

Purohit said the stories, set in Hyderabad, explore the culture, history and the confluence of culture through its by lanes like never before.

” Modern Love Hyderabad’ explores the joys, complications, tribulations and healing power of love. Working with Elahe Hiptoola and Nagesh Kukunoor to tell these emotionally charged but rooted stories have been an incredible creative journey of ideation and collaboration, she said in a statement.

Kukunoor said he is delighted to partner with Prime Video on the Modern Love franchise, which has touched the hearts of fans and audiences across the world.

“Unlike New York and Mumbai, which are megapolises, the charm of Modern Love Hyderabad’ lies in the fact that it is a city which has witnessed rapid modernisation in the last decade or so while keeping in touch with its multi-cultural roots.

“This made for an excellent study in how the true cultural essence and social fabric of the city could feature in these stories of modern love, the National Award-winning director said.

A SIC Productions, the new Telugu Amazon Original series is produced by creator Elahe Hiptoola with Kukunoor also serving as the showrunner.