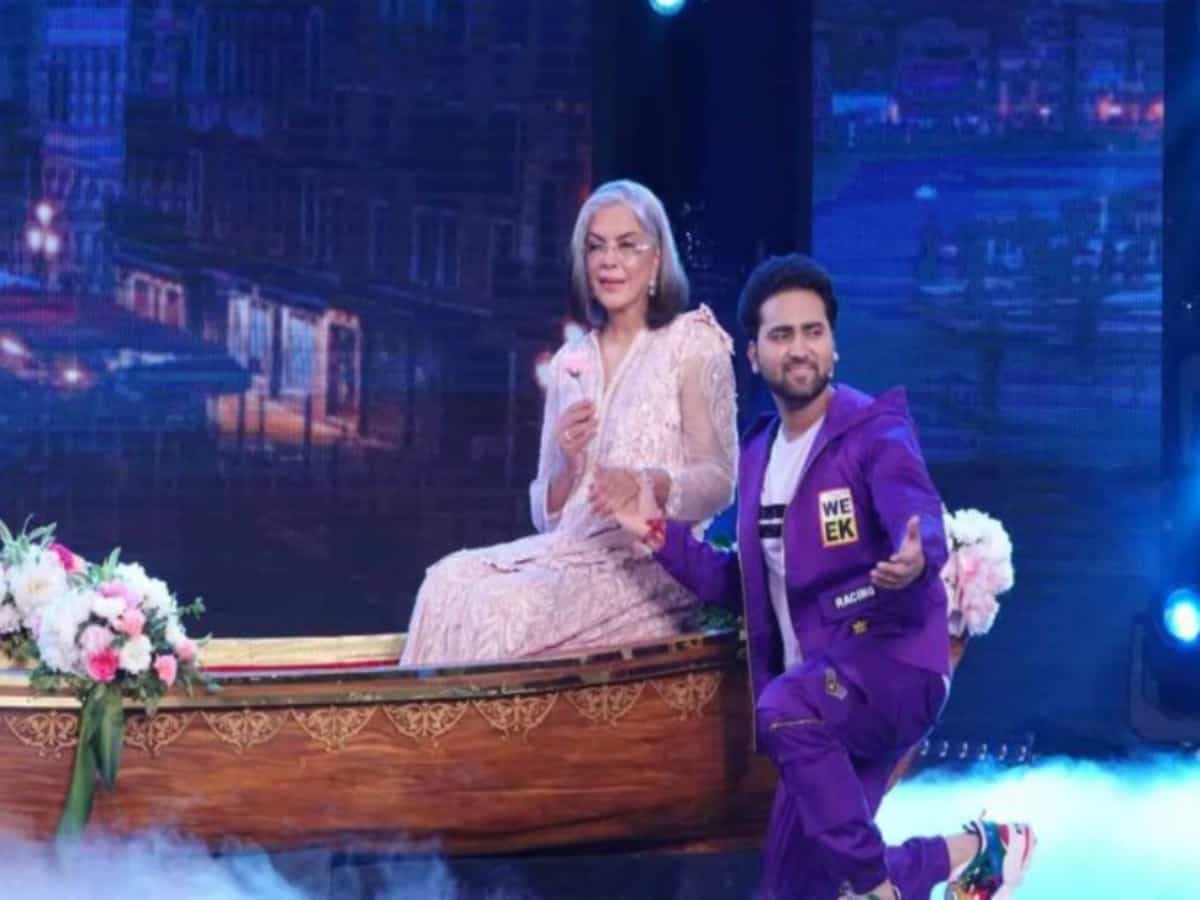 Mumbai: The upcoming episode of the very popular singing reality show Indian Idol 12 will pay tribute to the iconic veteran actress Zeenat Aman. The evergreen beauty recently completed her 50 years in Bollywood. Participants will be seen performing some of her most famous and chart buster songs.

Zeenat Aman will make a grand entry on the sets of Indian Idol 12, as host Aditya Narayan will escort her to her seat.

Contestant Mohammed Danish will be seen singing ‘Hai Agar Dushman’ from 1977 hit ‘Hum Kisise Kam Naheen’. Danish will be seen saying that he enjoys enacting dialogues and would really be honored if Zeenat Ji could recreate the famous boat scene in Venice from the song Do Lafzon Ki Hai with him.

In the pictures that are going viral on internet, Zeenat Aman and Danish can be seen sitting in a boat supported by a backdrop that depicts Venice, recreating the iconic moment.

The much-awaited upcoming episode this weekend is going to be super interesting as the contestants will set the tone for a nostalgic evening. It will be an episode full of fun and entertainment.

Meanwhile, Zeenat Aman is known for films like Hare Rama Hare Krishna, Yaadon Ki Baaraat and Roti Kapda Aur Makaan. In 2017, she was seen in the web series, Love Life and Screw Ups. She also had an extended cameo in Ashutosh Gowariker’s period drama, Panipat.