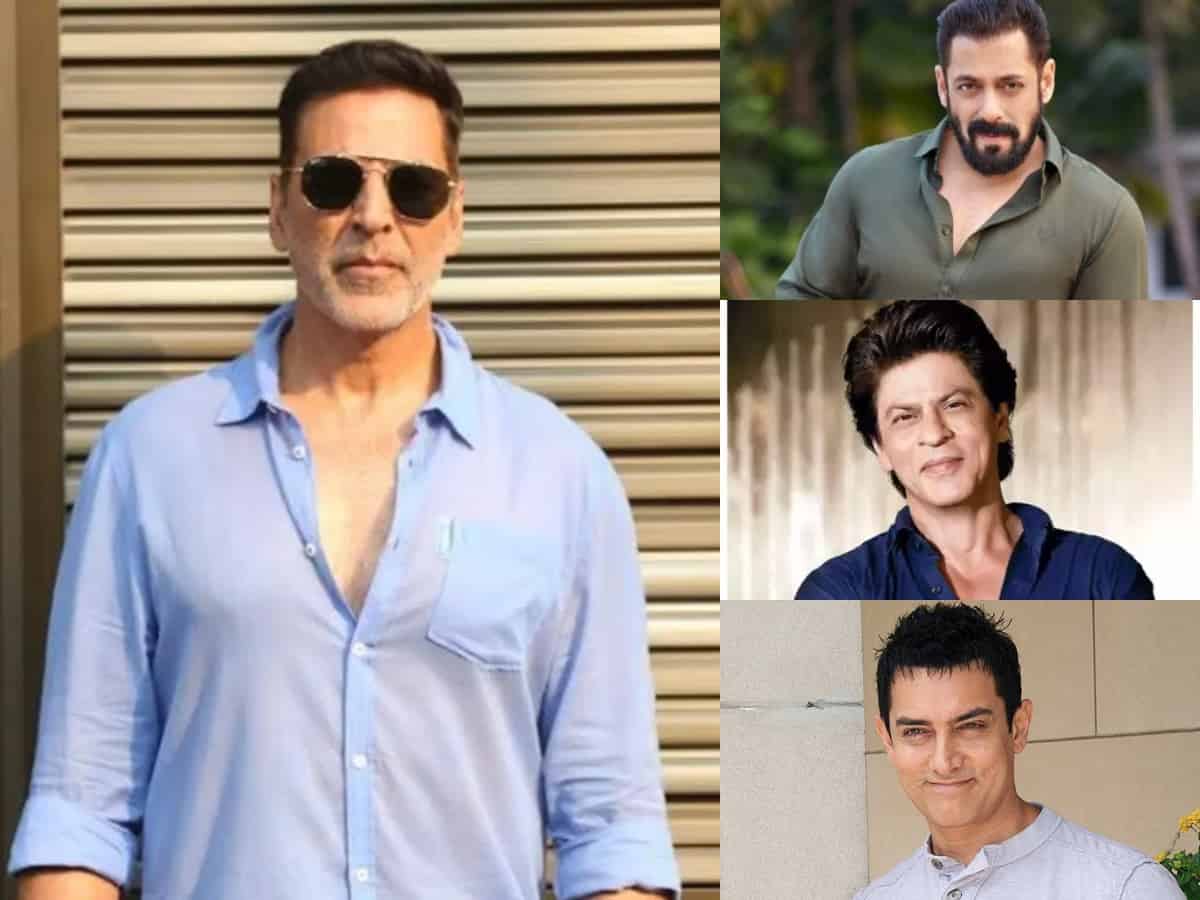 Mumbai: A well-known media agency, Ormax, recently released a list of top stars in India for the month of May. Bollywood superstar Akshay Kumar has topped the list, defeating the Khans of Bollywood — Salman Khan, Shah Rukh Khan and Aamir Khan.

Akshay takes the first position in the most popular male stars in India list, followed by SRK , Salman, Hrithik, Ranveer and Aamir. Check out the list which they posted on Twitter.

‘Khiladi of Bollywood‘, Akshay Kumar is undoubtedly one of the most successful, hardworking and sincere stars in the industry. He has been entertaining us with his films ever since he put his foot forward in the acting career.

Akshay’s first big break came in the form of the movie Khiladi, the first of a series of movies to capitalise on the Khiladi title. He starred in seven films with ‘Khiladi’ in the title — ‘Khiladi’, ‘Main Khiladi Tu Anari’, ‘Sabse Bada Khiladi’, ‘Khiladiyon Ka Khiladi’, ‘International Khiladi’, ‘Mr and Mrs Khiladi’ and ‘Khiladi 420’.

Talking about his recent film Samrat Prithviraj, Akshay Kumar had received a lot of criticism before the release. Netizens had filed a petition for a ban on the movie due to hurting their sentiments. However, the movie has failed to impress the audience and earned Rs 55 crores at the box office against its reported budget of Rs 200 crore. This is his second consecutive flop after Bachchan Pandey which too minted poor numbers at box office. Despite of this, Akshay managed to top the list.

On the professional front, Akshay Kumar will be next seen in the upcoming film Ram Setu, directed by Abhishek Sharma. The movie also star Jacqueline Fernandez, Nushrratt Bharuccha, and Tollywood actor Satyadev Kancharana.