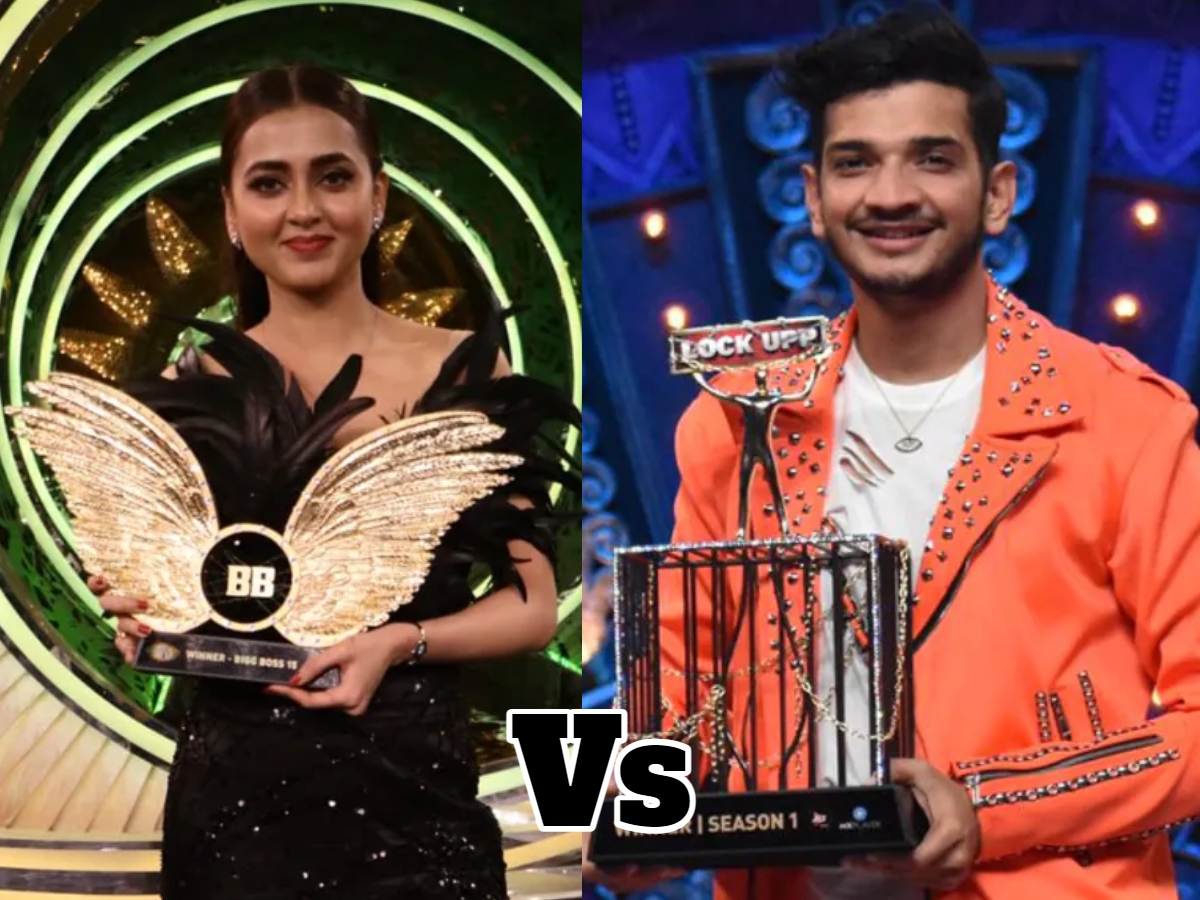 Mumbai: Standup comedian Munawar Faruqui became a household name post his win in Ekta Kapoor’s captive-reality show Lock Upp season1. His journey in comedy began 4 years ago, when he did his first stand-up act. Last year, Munawar was in the news owing to his arrest for allegedly hurting the religious sentiments of Hindus. His followers increased post his participating in Kangana Ranaut‘s show where he won millions of hearts by showcasing his strong personality.

TV diva Tejasswi Prakash, on the other side, gained massive popularity with her stint on Bigg Boss 15 where she emerged as the winner of the show. She began her acting career with Life OK’s suspense thriller 2612 and has come a long way in this competitive world of entertainment. Currently, she is being loved for her amazing acting skills in Ekta Kapoor’s Naagin 6.

Who is more popular among them?

In a ‘most popular reality show winner’ poll conducted by Bollywood TV’s Twitter handle, netizens were asked ‘Who is the most popular winner?’ Lock Upp season 1 winner Munawar Faruqui is leading the poll with 52.7% of the votes against Tejaswwi Prakash whose percentage stands at 47.3.

Do you agree with the above results? If not, tell us who is your all time favourite reality show winner. Comment below