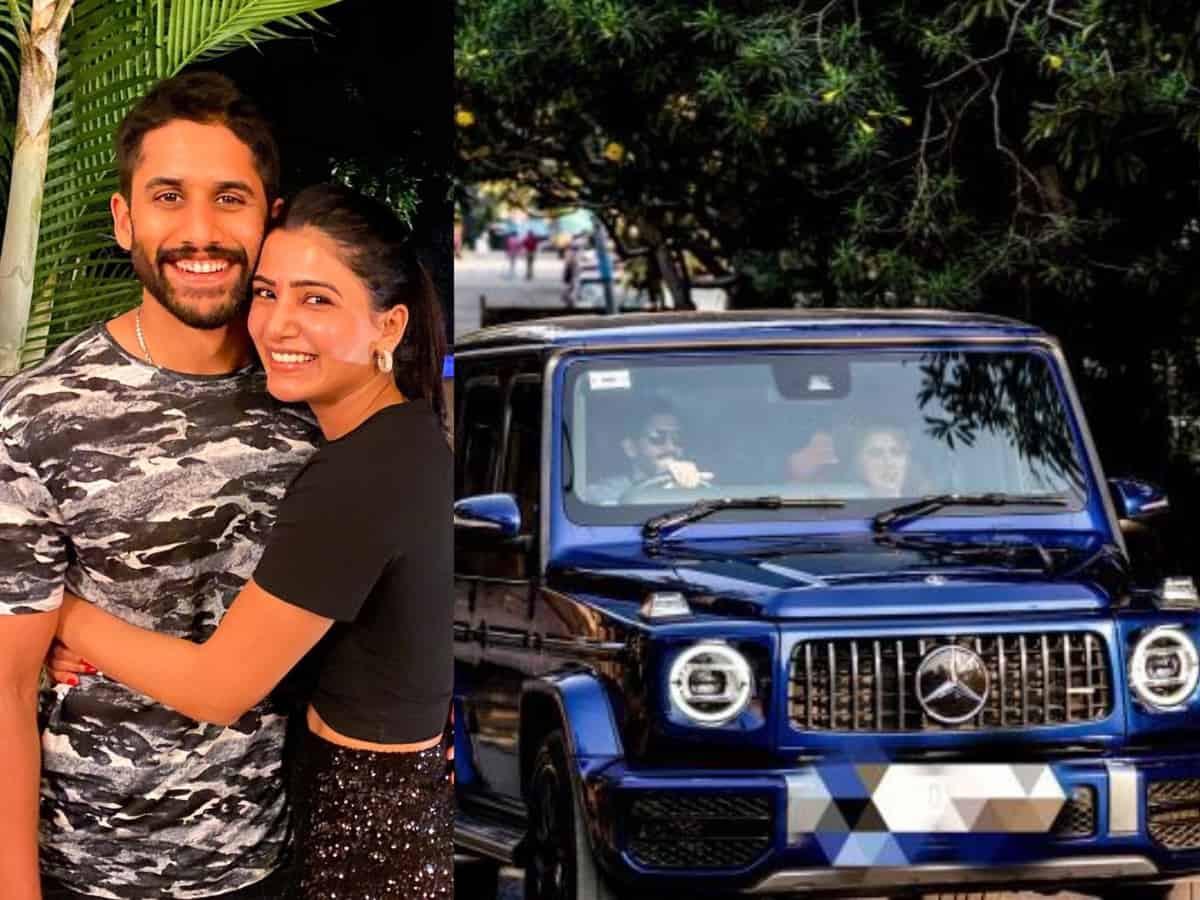 Hyderabad: One of the adorable and powerful couples of south industry, Samantha Akkineni and Naga Chaitanya, is setting major couple goals with each passing day. The couple tied knot in October 2017. ChaySam, as popularly known among their fans have been winning hearts and we just can’t get enough of this stunning couple.

Naga Chaitanya, who prefers staying away the media and limelight, was spotted today in Hyderabad as he took his ladylove Samantha on a weekend drive in their blue swanky benz SUV.

Pictures of same are going viral on social media where Samantha and Naga Chaitanya look super happy together but our eyes are equally on that blue super swanky and luxurious car. Check them out.

Apart from their palatial and lavish home in Hyderabad, Samantha and Naga Chaitanya are known for expensive cars and bikes. Naga chaitanya has several luxury bikes and cars including Тrіumрh Тhruхtоn R and Yamaha YZF R1 .

The lovely duo who always throw major couple goals have worked together in a couple of films together like Majili, Autonagar Surya, and Vinnaithaandi Varuvaaya.

On the professional front, Samantha recently wrapped up the first schedule of her next film titled Kaathu Vaakula Rendu Kaadhal. On the other hand, Naga Chaitanya is looking forward to the grand release of his film Love Story, co-starring Sai Pallavi. Apart from that, Chay also has Thank You in his kitty.